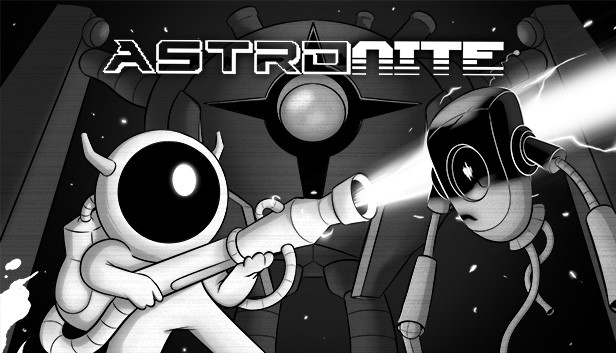 Has this ever happened to you? You’re living your life in your cozy home planet and then you discover an unknown, sentient entity is living there with you. So you send people down to poke around but then the Entity decides it doesn’t want you as a roommate anymore, so it starts turning all the creatures against you?  Then, after fleeing to regroup, your people decide that they would really like their home planet back and send you to confront this Entity once and for all. Has that ever happened to you?

Well, once you’ve done your due gaming diligence and crash landed on the planet – making it impossible to turn back from your mission – you hop out of your ship and begin exploring. You don’t even make it through ten map screens when the Entity spots you and takes away all of your gear. Your first task is to re-collect all of your gear, dodging baddies as you go.

This game is no walk in the park, starting with only three measly health tanks, prepare to get knocked out a lot. Once you reclaim your gun, you can start collecting the local currency: Shpirti. Shpirti is the souls of enemies you defeat, and when you die you drop them all and have to make your way back to the place you died in order to re-collect it. If that sounds familiar, maybe like a Souls game perhaps, that’s because it is. Astronite themself even makes a little comment about the similarity.

That isn’t where the similarities end either; this game is no walk in the park. In fact, Astronite will actually lull you into a false sense of competency. The beginning of the game feels moderately challenging,  but once you’ve re-acquired all of your gear the Entity decides that playtime is over and makes each and every bad guy twice as hard to kill.

This turns some baddies from laughable annoyance into a remarkable challenge. For example, an eyeball hanging from the roof that slowly shoots a projectile with deadly precision could be easily killed before it could shoot, but afterwards is basically guaranteed to get a shot off. Combine that with tiny platforms requiring precision jumping with baddies patrolling around each platform and you have a recipe for a lot of death.

While getting hit does grant you a moment of invincibility (a speedrunner’s delight), it does also knock you back. This makes any platforming mistakes very costly indeed; prepare to watch Astronite fall over and over into the deadly abyss.

Controls are very simple: you only need the B (jump), Y (shoot), and R (dash) buttons to navigate the world. This is a great game to bust out those Switch NES or SNES controllers for, as it just feels easier using a D-pad rather than a joystick.

Artistically, Astronite is a 1-bit Metroidvania. And this game delightfully proves that there is a lot that can be done with only black and white pixels. The different areas all look crisp and have their own personality, from the underwater caverns to the snowy surface level. The old adage “less is more” is well showcased in this game.

There is a lot of challenging fun to be had in this game, so if you’re a fan of the Metroidvania genre, definitely pick this one up.

Astronite is a 1-bit Metriodvania with a touch of inspiration from the Souls franchise. The pairing of the simple controls with the difficult gameplay create a delightful 2D challenge that will keep you going at it until the bitter end.