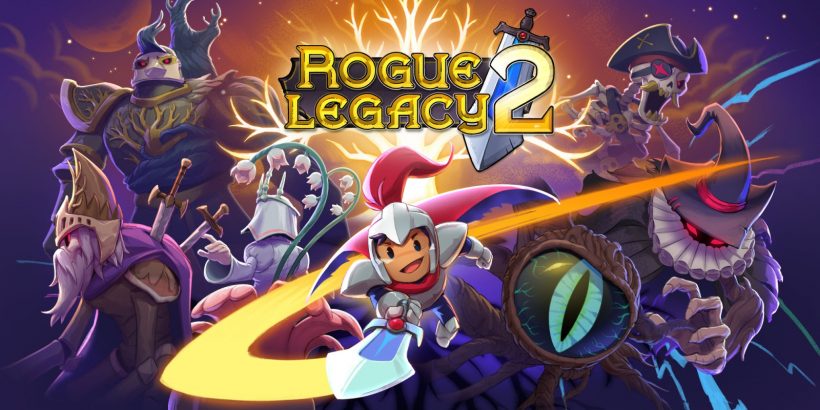 Upon its original release, the first Rogue Legacy cemented a revolutionary change to the rogue-like genre of games, one extremely important to the genre’s increase in popularity.

Instead of following every single element of the rogue-like formula, Cellar Door Games decided to use only a portion of those ideas. Sure, there is still a factor of randomness involved, where every single run is unique, with an entirely new map layout, unique challenges, and enemy placements. Dying, however, doesn’t work the same as in classic rogue-likes such as Spelunky or The Binding of Isaac, where you have to start the game from scratch. Rogue Legacy allowed the player to unlock permanent improvements, which would increase your chances of success exponentially.

Now, four years after the original Rogue Legacy was released on Switch (and after a very long period of Early Access on PC), Rogue Legacy 2 brings back basically every single element from the original game. Fans of the original title will instantly feel at home here. However, it doesn’t mean that this is just a mere repeat of the same experience. While Rogue Legacy 2 feels true to… well, its legacy, it also expands its world, narrative, and mechanics in cool and inventive ways.

Similar to its predecessor, your adventure takes place in a procedurally generated world, where you need to explore interconnected rooms, defeat enemies, collect gold, and try your best to overcome a huge plethora of challenges (which may or may not also include slaying gigantic bosses in the process). While luck can be a huge factor in your moment-to-moment success throughout Rogue Legacy 2’s campaign, as you may find unique temporary upgrades that change the odds, this is a game where true progress happens after you die.

Every time you die in Rogue Legacy 2, you go back to an interesting hub where you can do three different things: spend gold in the rooms of your castle, which represent direct improvements for your character; spend gold buying runes or equipment from specific vendors, or talk with the inhabitants of a small village in order to learn more about this world and your quest. Thanks to these different types of permanent improvements you can unlock, every time you go back to exploring the game’s world, you are stronger in one form or another. After dozens of comebacks, for example, you will notice that it will be much easier to get farther in the world, exploring dangerous zones with ease and, as a consequence, getting more gold.

With that structure, Rogue Legacy 2 presents the kind of addictive gameplay loop where, even when you fail, you are encouraged to try “just another run”. As you unlock each different upgrade, your character not only gets stronger, but you also get access to things that may change your run completely, such as new classes that play entirely differently. This is probably where Rogue Legacy 2 improves the most upon its predecessor. Unlike the first game, where the classes only changed a few elements of your character, each class in Rogue Legacy 2 holds an entirely different main weapon, and also come with a variety of skills, and spells, which are combined randomly at the start of each run. The ranger, for example, uses a bow and arrow to attack from afar. There are even some unorthodox classes such as the chef — one of many options that can spice up each run.

In terms of scope, Rogue Legacy 2 is also way bigger than the first installment — an aspect that has some pros and cons. On one hand, it is really cool how Cellar Door Games were able to explore unique biomes in an entirely different way. While the starting area feels like a throwback to the castle-like scenario from the first game, other levels are much more expansive, being composed of both horizontal and vertical scenarios that will demand specific abilities from the player. There’s a side-effect to that, though. By being much bigger, progress in Rogue Legacy 2 can feel a slog at times. In certain moments, you may find yourself doing dozens of runs just to unlock a few upgrades that you’re unsure will actually be helpful. With other areas being inaccessible (either because you lack a skill or you’re not strong enough), it is possible that you will face a few walls along the campaign, which will only be overcome after some grinding.

Thankfully, Rogue Legacy 2 offers many accessibility options, which can be great for those who don’t want to deal with the slow progression but are especially beneficial to people with disabilities. You can really fine-tune specific aspects of the game as you please, a very thoughtful feature that was brilliantly implemented by Cellar Door Games. Visually, the game also presents huge improvements from its predecessor, as it now mixes 3D cel-shaded characters and 2D scenarios in a beautiful way. Each scenario is unique and memorable, and there’s a much larger number of unique enemies and details to find.

By improving on every single aspect of its predecessor, Rogue Legacy 2 is a worthy sequel that smartly builds atop strong foundations. Even if it feels too big at times, there’s plenty to keep fans of the rogue-like genre hooked — even long after the credits roll.

A worthy sequel in every regard, Rogue Legacy 2 improves almost every single element that made the original Cellar Door Games title so appealing. Even its slow progression system is easy to stomach when everything along the way is so fun and entertaining.