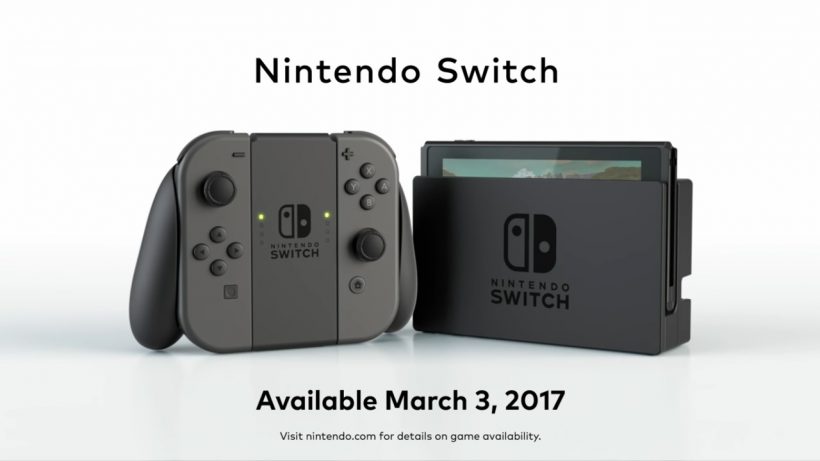 The first of the video additions we’re going to look at is actually a trio of Japanese language television commercials. These new TV spots show off some Mario Kart 8 Deluxe local multiplayer, Splatoon 2 ad-hoc multiplayer, and even some single player Breath of the Wild gameplay – all featuring the same lucky Switch owner.

Check out the lucky guy (and his lucky friends) in the three commercials below.

Kicking on, there’s also a 1-2-Switch reaction video up on Nintendo’s Japanese channel – showing some regular people as they play this off-screen party title. It’s not often that we need to see physical actions in order to understand or enjoy gameplay, but this title seems to require that in spades; and even though we can’t understand what they’re saying, actions definitely speak louder than words.

Get a look at their faces below.

Finally, there’s an extended introduction video for the Nintendo Switch itself. It shows off all the things we’ve seen in the original introduction, alongside additional functions and features you’ll need to be aware of at launch. They’re calling it the “Hardware Overview,” but to me it’s three and a half minutes of tech-based teasing.

Can you handle it?

The Nintendo Switch launches just over three weeks from now, on March 3rd. Have these tease-ridden trailers upped your hype? Let us know what’s up in the comment section below!