New details regarding Ultra Street Fighter II: The Final Challengers have been revealed, including the “Way of the Hado” mode, illustration gallery, color edit feature, and more.

In Ultra Street Fighter II, you’ll be given many ways to play. There’s a practice mode, an arcade mode – which lets additional players jump in like an arcade machine, a regular online mode with both casual and ranked play (as well as quick or custom match options), and even a local mode that allows you to connect to near-by Switch consoles. It’s safe to say that they’ve thrown in everything they could (including the proverbial kitchen sink) regarding player options, and they’ve even revealed that you can set “lite” commands to execute complex combos in one button press.

This Street Fighter is “ultra” indeed, and that’s not all it has to offer.

We’ve now learned that the Switch version of the game will also include a first-person perspective “Way of the Hado” mode, which will allow you to become Ryu and execute Hadokens, Shoryukens, and Tatsumaki Senpukyakus using various motion controls and button combinations. You’ll take on Shadaloo soldiers, and even longtime enemy M. Bison – progressing through either stage mode or endless mode, or getting yourself ready via the first-person training mode. Getting better at the game will ensure you’re awarded growth points, which can then be used to up your base stats.

Moving on from this newly revealed mode, we also get word of a 1400 item, 250dpi illustration gallery (with images pulled from SF20: The Art of Street Fighter) – as well as a new color edit feature, which allows you to edit and store up to ten custom color schemes for each character. Features galore!

According to Capcom, development on Ultra Street Fighter II: The Final Challengers is around 50% complete – which means that the game is still a little ways off at the least. Additionally, we’ve learned that the box art includes a logo for the MT Framework Engine, which is a good indication that it’ll run on the company’s mainstream engine instead of something off-brand. 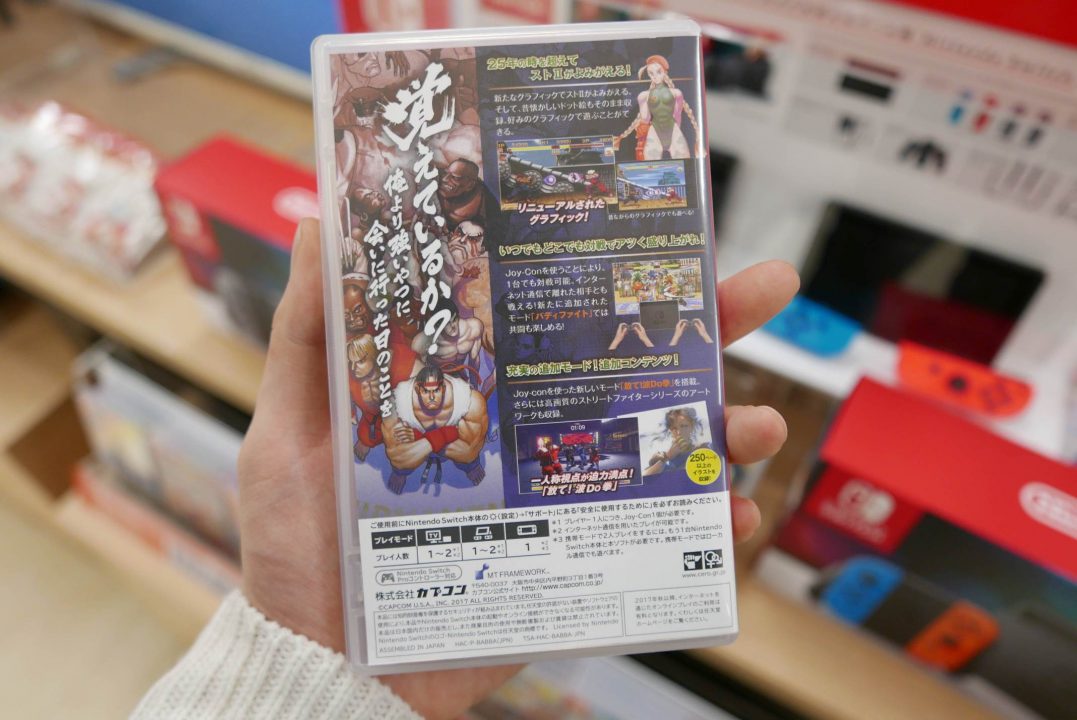 We’ll be sure to let you know if any more information arises regarding Ultra Street Fighter II, so keep an eye out for further updates right here on Switch Player. Until then however, we can only drool over that bad-ass first-person mode. 😛