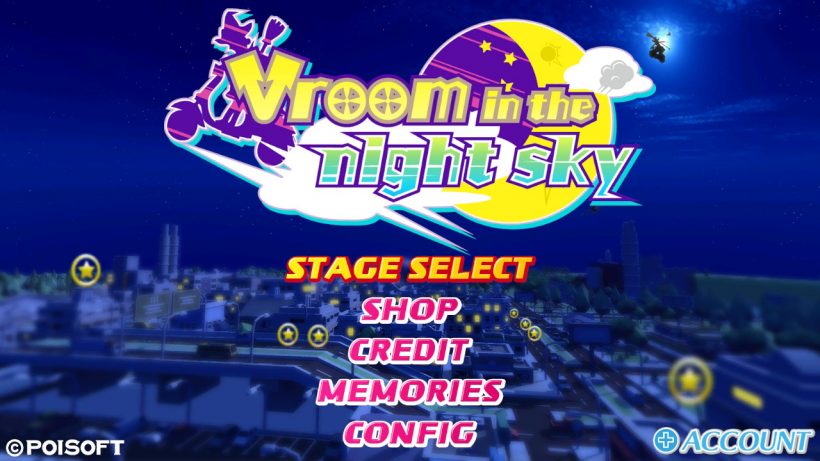 In general, I love indie games. The vision. The passion. The dedication, the blood, sweat and tears in bringing their idea to life. That’s not to say that I love all of them, or that they are all great. If you needed a reminder of that fact, I kindly present to you Vroom in the Night Sky.

A game that made the Switch’s launch line up – when many notable developers interested in porting games to the Switch haven’t even got a devkit yet – the game is about a Witch, who for some reason flies around the evening sky on a motorcycle, thinking she’s some sort of Rubeus Hagrid or something. Over the course of 8 stages you’ll need to navigate the skies, collecting the stars required to unlock the exit. Also littered around the night sky are “stardusts” which act as the in-game currency, which can be spent in the store to unlock even more flying motorcycles, or even more ludicrous flying objects too. 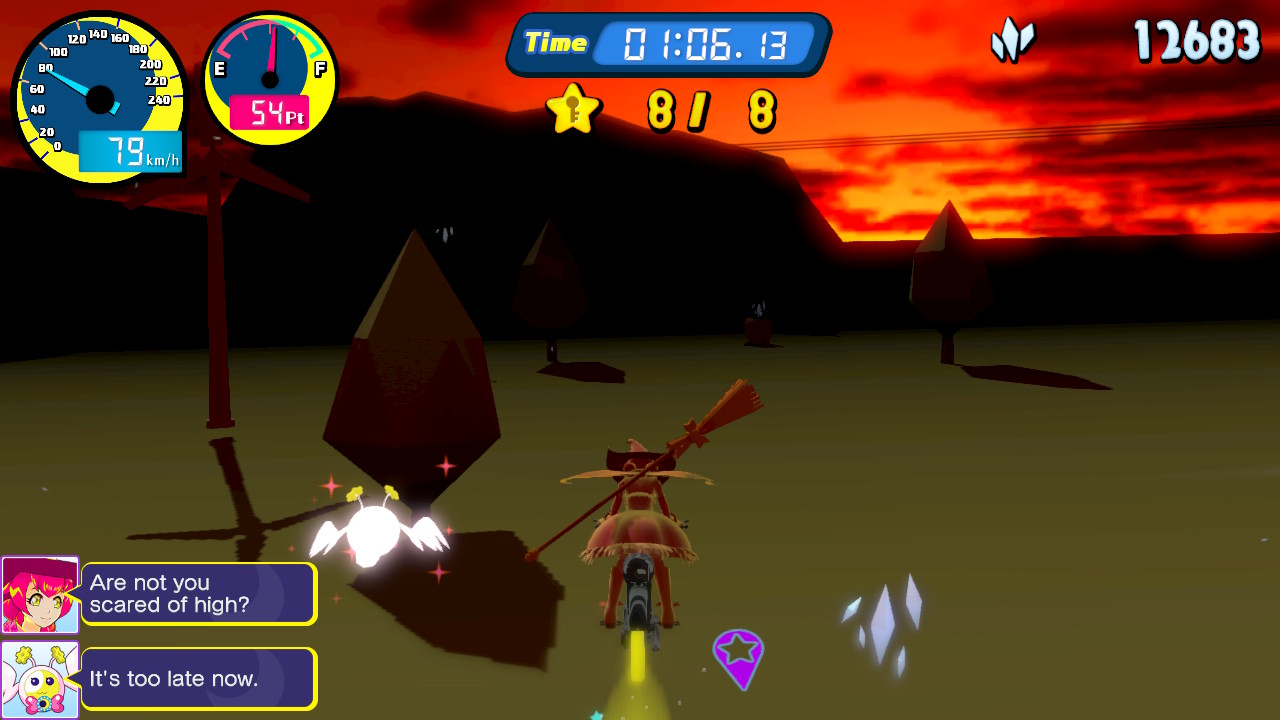 There’s no story to speak of, nor any reason why you are doing what you are doing. Any dialogue that is present is translated poorly, although sometimes amusingly as you may have noticed from some of the screens. Around a minute into each level your rival will arrive, trying to steal the resources on screen but the game (and the witch herself) pose very little challenge at all and you’ll have done the whole thing in no time.

The game is in 3D but has incredibly poor visuals with blocky shapes and rudimentary buildings proving most of your surroundings and the audio is not enjoyable. The levels do look different to each other and you’ll experience cities, factories, oceans, deserts and more which do provide a bit of variety when playing, but it’ll matter little; this game is just no fun. 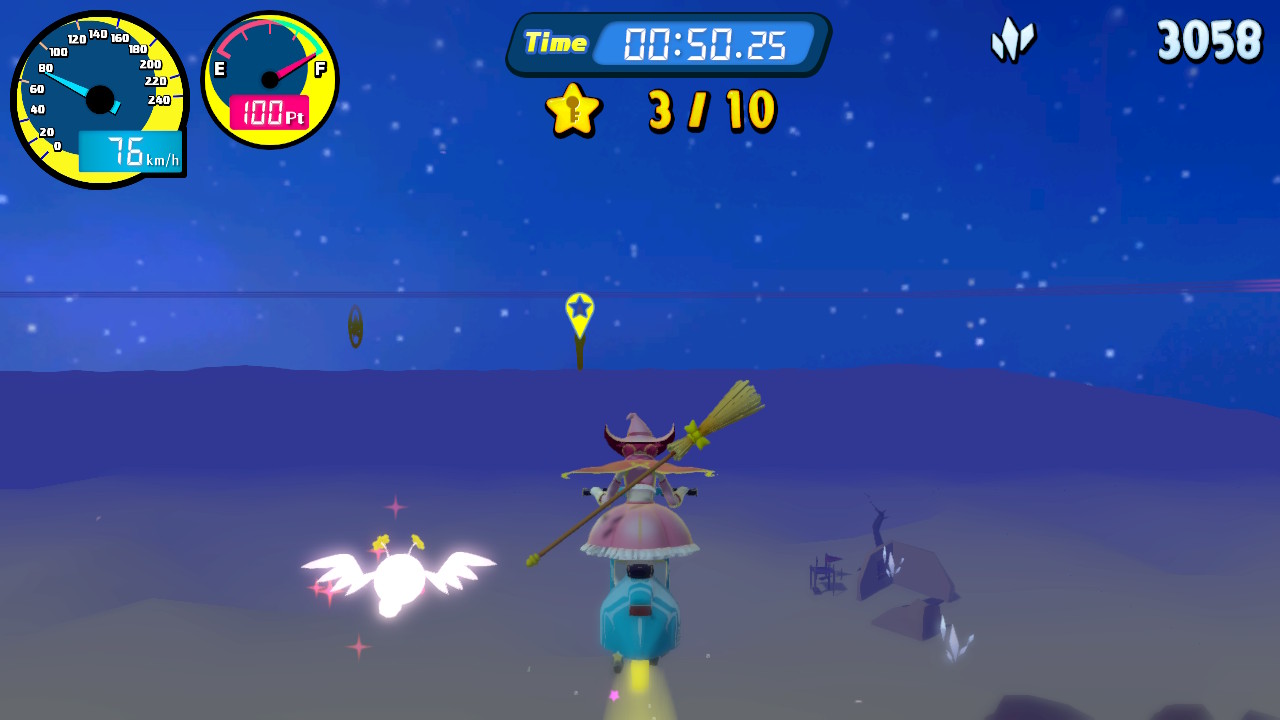 I suppose that one good thing about the game is that it uses the Switch’s HD Rumble. Although it seems to be a constant vibration of the Joy-Con paddles as you are playing, if does send feedback to you as you are playing, especially when you crash. Which, given that these things handle awfully, will be a lot in the higher spec machines.

Vroom in the Night Sky does possess an internal trophy system, with numerous challenges which give the game some sort of lifespan but the truth is that because it lacks any sort of fun or enjoyment at all you’ll give up long before you’ve done them.

There’s not much else that I can add, really. It’s easily the worst game in the Switch’s launch line-up, arguably the worst game I’ve ever played and if you are looking to spend some money on grabbing a new game for your Switch, playing nothing and looking at a blank screen is probably more fun.

The most amazing thing about Vroom in the Night Sky is that it was actually greenlit at all. It’s ludicrous that someone at Nintendo thought it would be a good title for the launch line up over some more notable games. You have to wonder if they played it at all. Because it’s simply not good.

One thought on “Vroom in the Night Sky Review”