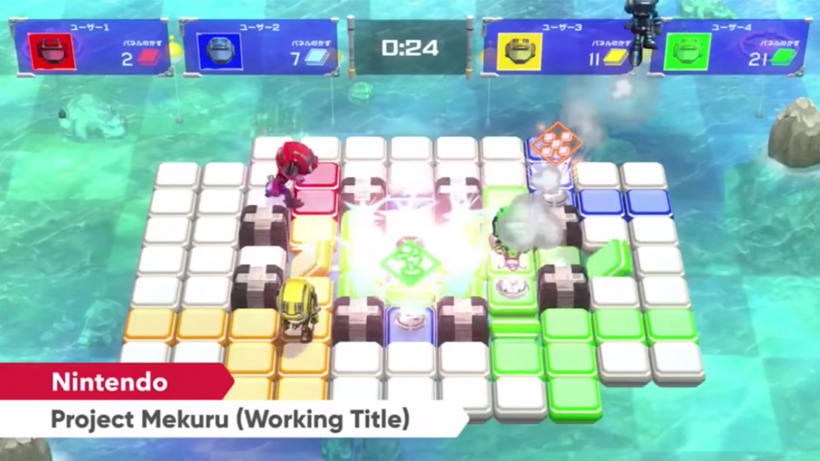 Sort of like a grid-based Splatoon with no guns, this game has you flipping tiles to capture area instead of inking every nook and cranny; some of the tiles having items that can help you towards a win. Featuring local 4 player and online multiplayer, Project Mekuru looks like a fun way to compete against your friends.

Check it out in the Direct clip (uploaded via GameXplain) below;

Project Mekuru is due out this Summer, will you be picking it up?