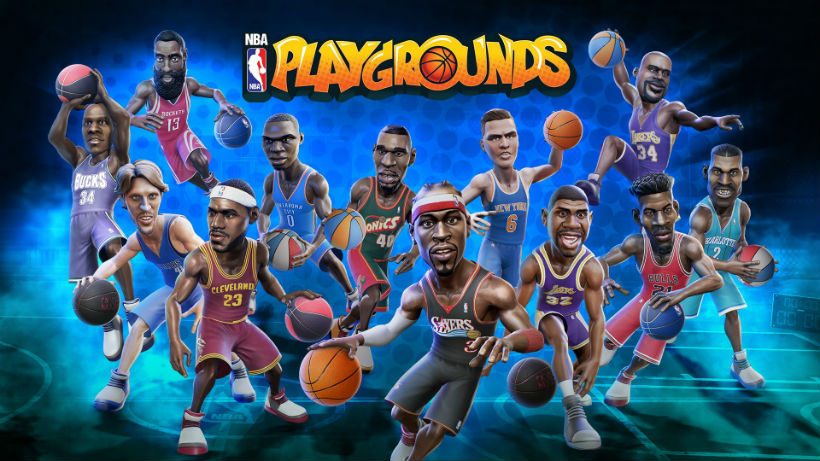 Looking for a little 2-on-2 basketball action? You need wait no longer – NBA Playgrounds is available from the eShop right now, in both North America and Europe.

Developed by Saber Interactive and published by Mad Dog, this arcade-style basketball game reminds many of 2010’s classic NBA Jam, and promises solo and multiplayer action featuring all 30 NBA teams and a huge roster of current players and all-time greats.

This is no serious sports sim; NBA Playgrounds lets you play basketball your way. Want to pitch Shaq against Magic? You can. With power-ups, collectible cards, and a suitably pumping hip-hop soundtrack, NBA Playgrounds delivers two-player offline co-op, two-player online competitive (coming to the Switch in a few days in a free update), four-player offline team matches, or single-player action. Level your players up as you play to create the greatest ballin’ duo in history.

The game’s arcade stylings, caricatured player models and over-the-top gameplay aren’t the only link to NBA Jam – the legendary US sports announcer Ian Eagle reprises his NBA Jam role here, as you battle on your own or with up to three other players to score in the most outrageous of ways.

One thought on “NBA Playgrounds Dribbles Onto the eShop”