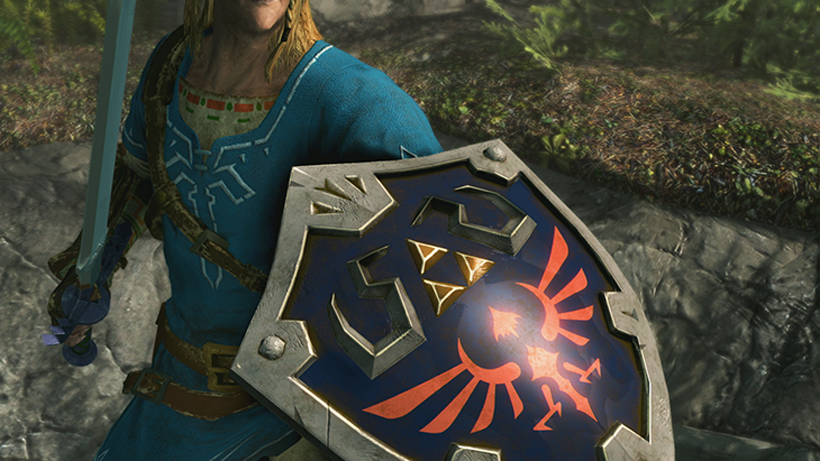 Bethesda has revealed more details and media for their upcoming Switch version of this highly lauded title.

We’ve known it was coming for far longer than it has been confirmed, and now we’ve finally got a look at it; The Elder Scrolls V: Skyrim for Switch looks to be a hell of a release, and I’m here to relay the latest and greatest in quick fashion.

A champion of epic fantasy style action RPGs, Skyrim is headed to the Nintendo Switch with all the game’s official add-ons (Dawnguard, Hearthfire, and Dragonborn), all new gear from The Legend of Zelda (including Zelda-themed amiibo support for special loot), and brand new motion controls for things like combat and lockpicking. It looks to be the ultimate version of the game content wise, and from what we can see it looks mighty good on paper and in media.

…but before we take a look at that media, let’s run down a recap of the game’s story for the uninitiated and/or forgetful (via Bethesda’s press release);

The High King of Skyrim has been murdered. Alliances form as claims to the throne are made. In the midst of this conflict, a far more dangerous, ancient evil is awakened. Dragons, long lost to the passages of the Elder Scrolls, have returned to Tamriel. The future of Skyrim, even the Empire itself, hangs in the balance as they wait for the prophesized Dragonborn to come; a hero born with the power of The Voice, and the only one who can stand amongst the dragons.

The Elder Scrolls V: Skyrim is due out for the Nintendo Switch this holiday season.

2 thoughts on “A Look at The Elder Scrolls V: Skyrim for the Nintendo Switch”