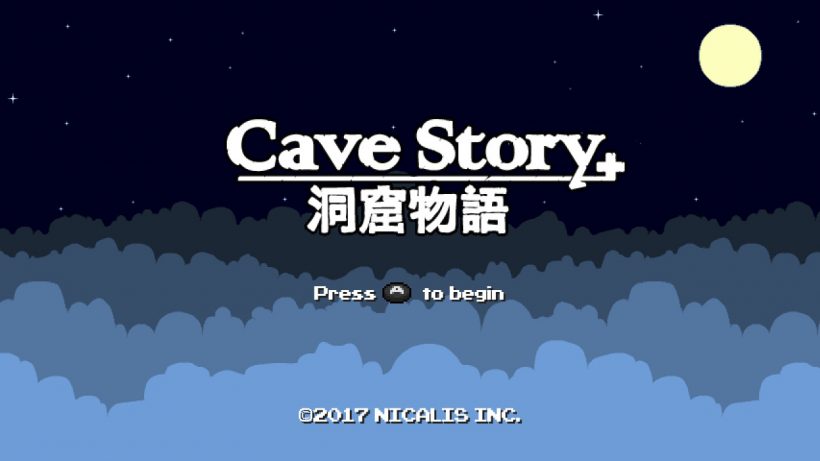 One of the very first indie gems shines brightly on Switch!

For quite some time, labeling a game as indie was usually a guarantee for it having retro-inspired visuals, chip tune sound effects, and nostalgia-based gameplay. As the industry grew however, the ambiguous border between AAA and indie games has become more and more blurry – right up to the point that you now see big companies that appeal to the nostalgia, as well as small indie teams that push up the technical barriers. This all started somewhere though, and if you have never heard of (or played) one of the many versions of Cave Story, you really should get to know how amazing the indie genre origins are.

Cave Story’s tale begins with its first release in 2004 as a freeware PC game. At the time, the game caught people’s attention for doing a somewhat new thing at the time – it looked at the classical games of the past for inspiration, and appealed for the nostalgia of titles such as Mega Man and Metroid. Leap forward to 2017, and with the release of its plus version on the Switch, Cave Story has become somewhat of a classic itself – and may already worthy of your time and money in its base state, let alone this plus version. 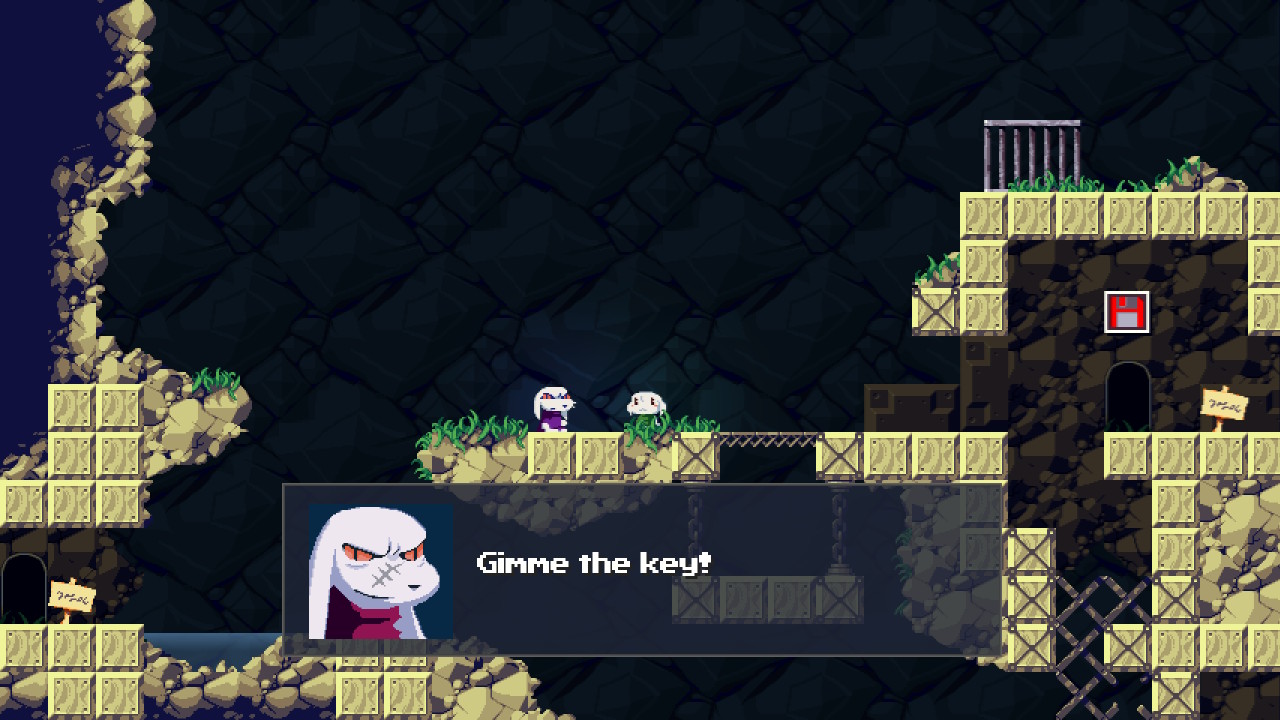 Narrative-wise, the very beginning of the game details how the story takes place. You start by watching a short dialogue that does not make a lot of sense at the time, but portrays the feeling of how the characters interact with each other. This plus edition even has a nice new addition in the form of character’s portrait animations; a small feature that surprisingly helps in making the many NPCs even more charismatic.

Waking up as a small, sentient robot lost in some remote caves, you are soon guided through a pathway – ending in the acquisition of your first weapon. This short scene acts as the game’s tutorial, teaching you the basic standard controls. You’ll find that both Y and A are used for jumping, B shoots your equipped weapon, X opens the inventory, the shoulder buttons allow you to rotate between your weapons, and with the down button you can interact with the environment.

I played with this standard setup for the first quarter of the game, but found it somewhat uncomfortable (and not very intuitive). Fortunately, there is an option in the game’s menu for using flipped inputs. This swaps the shoot and jump buttons, allowing you to play in a manner more similar to other classic platformers – like Mega Man.

Clearly inspired on so many levels by the adventures of the aforementioned blue robot, it doesn’t take long until you see the astonishing Cave Story level design stand out. Once you get out from the tutorial caves, you find yourself in Mimiga Village; a place inhabited by rabbit-like creatures that are suffering from the influence of a mad scientist. As we come to this point, it’s quite obvious that it’s going to be your job to help them – and you will. Helping these creatures is the main objective of the game.

Naturally, Mimiga Village then works as a kind of hub-area – somewhere from which you progressively get access to many different levels and places. It’s a microcosm for the overall feeling of exploration that Cave Story+ brings up. In this matter, I must note that the game excels in creating compelling challenges, and – in turn – properly rewarding the player when they are finally surpassed. There is also a nice balance between platform and combat obstacles, and the gameplay mechanics for both are tuned to a nearly perfect state. 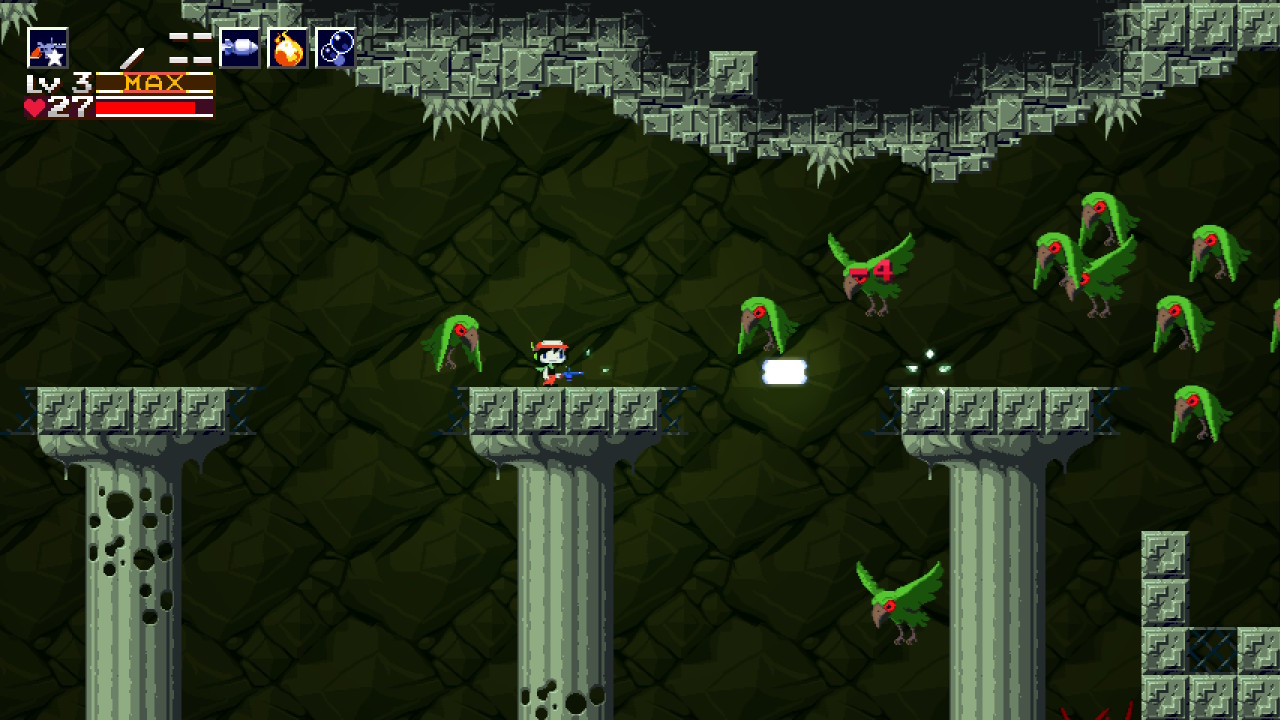 Traversing through the world of Cave Story+ is pleasant enough by itself, in a way that you almost feel as if the main character is “sliding” as he walks – the sound of his fast-paced steps blending perfectly with the background soundtrack. Not only that, but the player also has total control over the platforming bits – mostly due to Cave Story+’s analogue jump mechanic. By holding the jump button, you can reach higher places with impressive precision; a move which is especially useful on the later spike-filled areas. You are never let down by the game’s design when you end up dying from environmental damage, and you’ll find that with the control they’ve given you it’s always the player’s fault (and not the game’s).

Cave Story+ also has its own twist on combat. At a first glance, you have the acquainted gameplay of a side-scrolling shooter – consisting of jumping and shooting your enemies while trying to evade their projectiles. Its unique flavor however, comes in the form of an experience meter exclusive to each weapon. When an enemy dies, they drop small yellow triangles that you’ll want to collect before they disappear. Gathering these triangles fills the experience bar of the weapon you currently have equipped, which can evolve up to the level three given enough experience. It not only becomes more powerful with each level, but some weapons also change their behaviour – allowing for different strategies. One of the weapons even creates a barrage of bullets around the main character that explodes in a projectiles shortly after; a great move for defending yourself.

The experience mechanic also helps in creating a nice difficult balance for the game. If an enemy hits you, you not only lose a certain amount of your hit points, but you also lose some experience. Cave Story+ has you constantly the pros and cons of being aggressive – or not. Taking damage means your weapon will become less effective, but you also have to get near the enemies to gather the experience they drop. 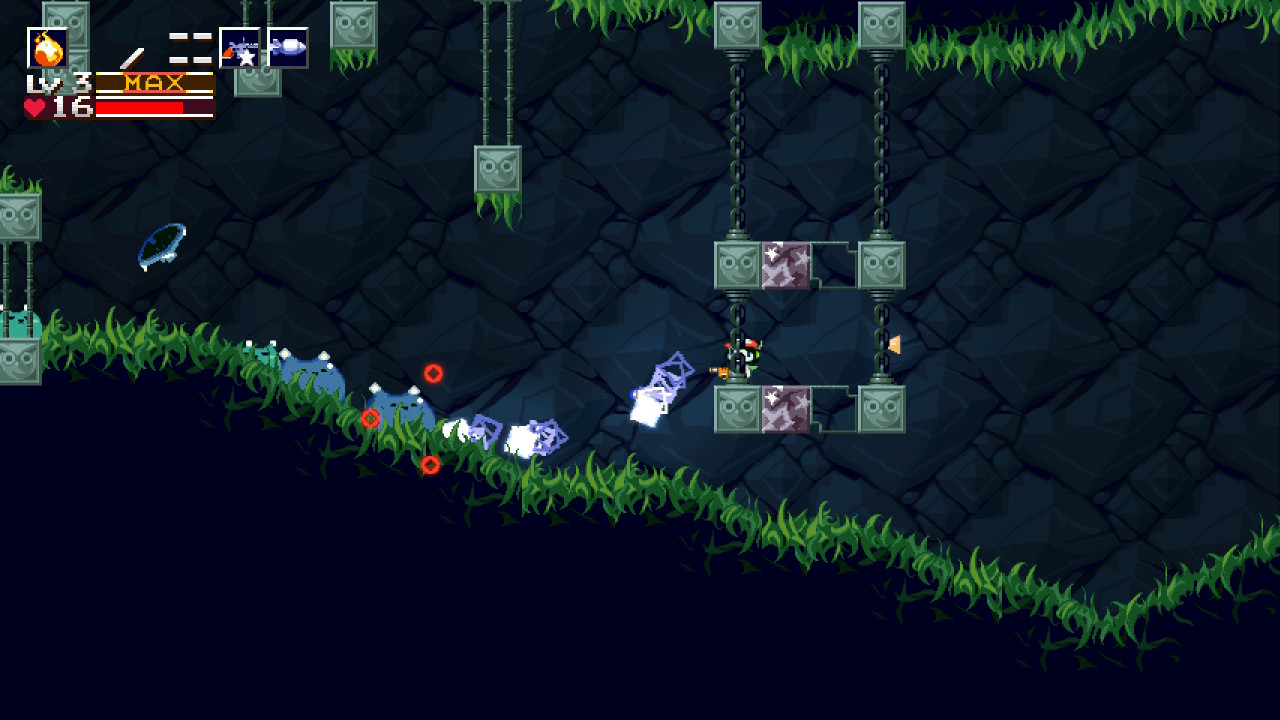 Cave Story+’s difficulty is also tailored by the array of weapons that you gather while playing. As you progress you are constantly finding new and different weapons, and each one of them plays in a specific way. It is never a matter of getting the strongest weapon in the game, but finding the best setup for each situation. There is a weapon that bounces off the terrain for example, and it is perfect for the moments when you have the higher ground over your enemies.

From enemy-filled corridors, to open platform areas, Cave Story+ doesn’t fall short on the variety department either. Each level has its unique plethora of inhabitant, as well as its exclusive tile sets, songs, and atmosphere. The game visuals have a minimalist take sometimes – you see only a NES-like black background on the caves, for example, but they are made of a very charming pixel art style that adds personality to both friends and enemies.

I often find myself humming along to the Cave Story+ songs, as the entire soundtrack is extremely catchy. While the main theme sets up an enjoyable adventure setting, there is also an adrenaline-fueled tune for each boss fight, a chilling ominous song for the villains, and just the perfect lullaby for exploration. There is also an option within the menus for choosing different variations for the entire soundtrack – with options for the classic Cave Story soundtrack, as well as an organ version, and the new updated version. 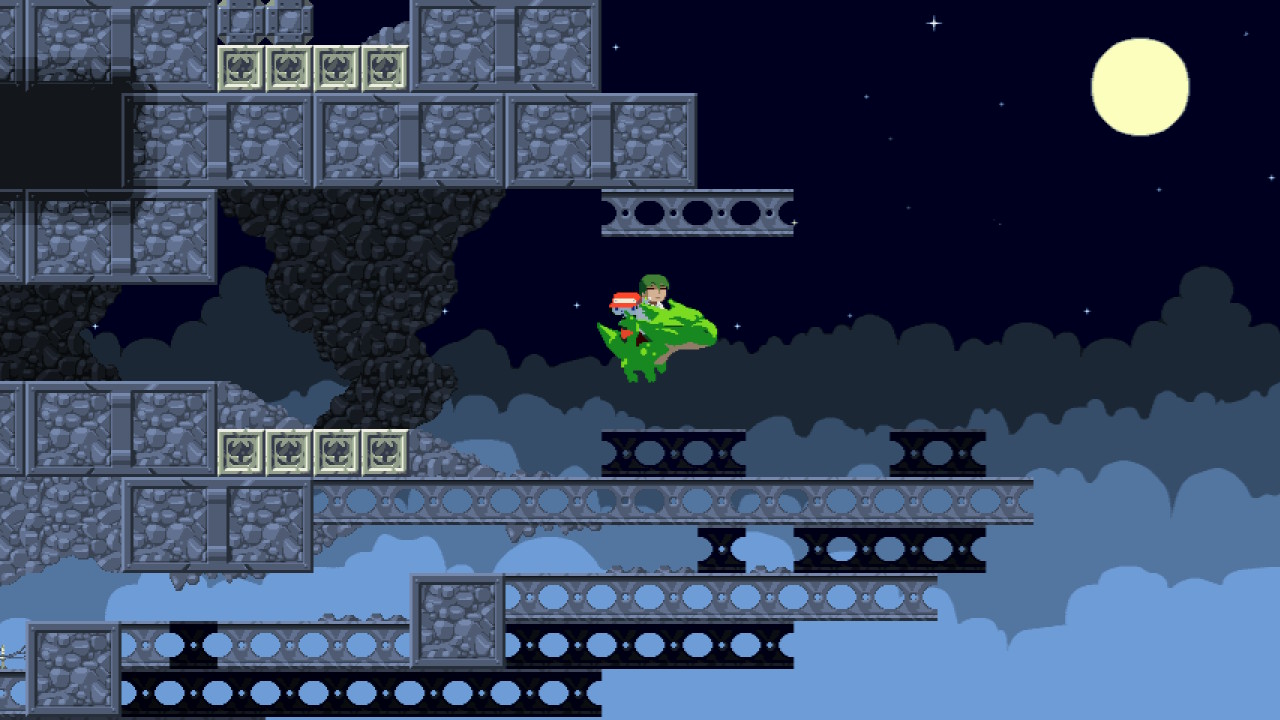 If everything I’ve laid out ’til now isn’t enough to convince you how good Cave Story+ is, be aware that it will get even better in the future. Nicalis has teased a co-op update, which will be coming late this Summer for free! Anyhow, there is plenty of content already – with both the game’s main campaign, and the extra challenges you unlock as you progress. Needless to say, Cave Story+ is a must buy, and the Switch version is probably the best iteration you could hope to play.

More than ten years after its first release, Cave Story+ still holds its ground as the apex of its genre. There is hardly anything left to be improved upon regarding its gameplay, visuals, or soundtrack – and this plus version is truly the definitive release of the game. You’d be doing yourself a disservice by not adding it to your library!