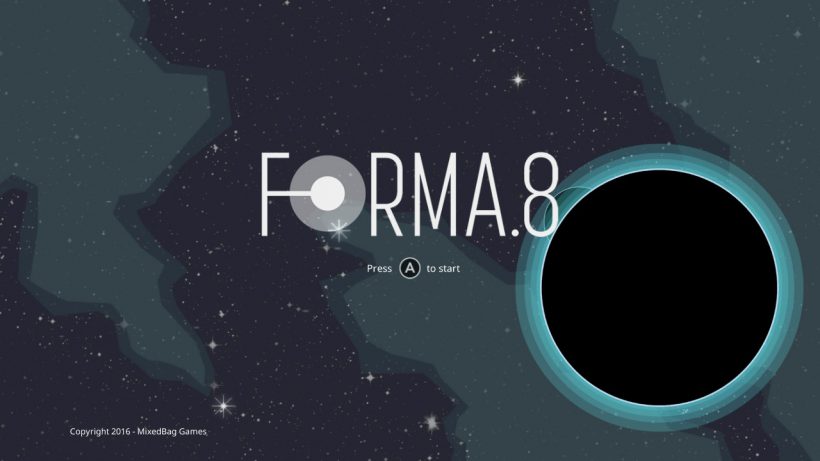 The big adventures of a small probe.

While many fans wait for the so-desired Metroid sequel, the Metroidvania genre keeps being reinterpreted by indie devs in quite original and unique ways. The thrill to explore is always present, and it is tailored by the new unlockables you get through your adventures. There’s also the catchy feeling in eventually getting the news skill that allows you to reach new areas. forma.8 is no different in this respect, yet you may still be stuck with awe when witnessing the new flavors added by Mixed Bag Games. 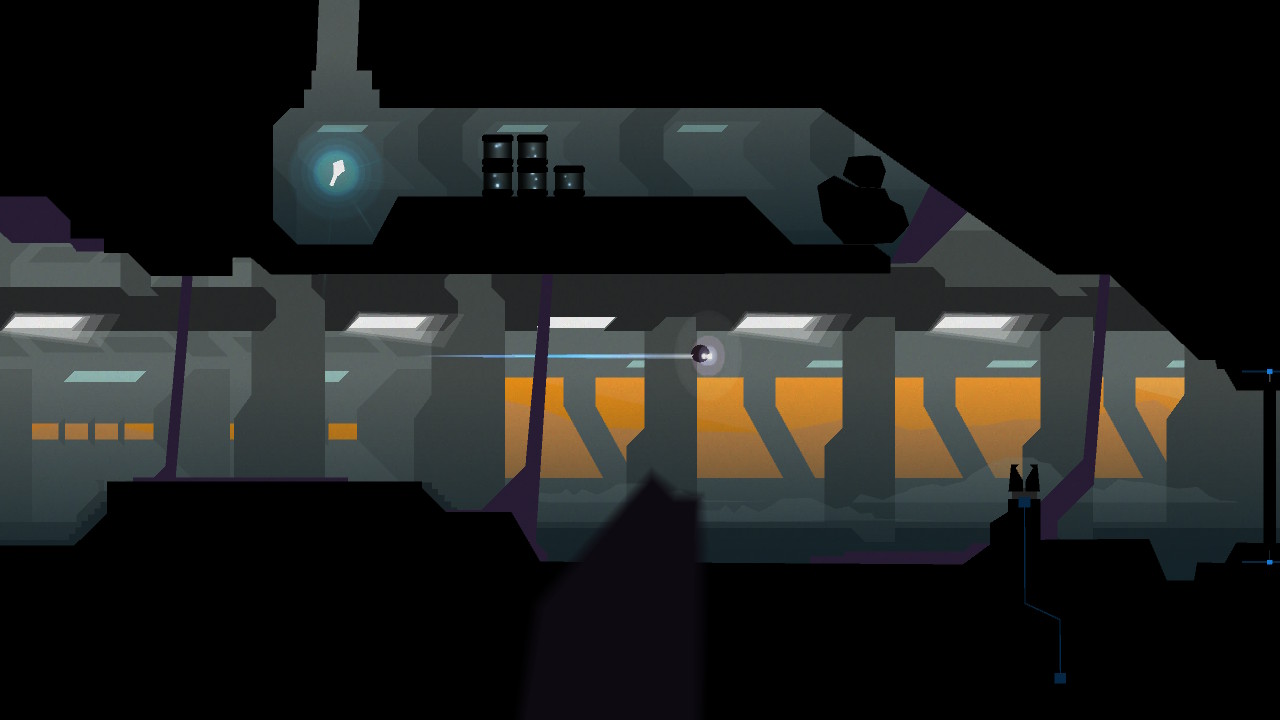 At a first glance, forma.8 can be taken as a 2D platforming game, like so many others. However, instead of controlling any type of anthropomorphized being, you take control of a little probe that is stranded in an alien landscape. This changes gameplay in a very fundamental way. Instead of depending on your walking and jumping skills to overtake the game’s many obstacles, you simply float through all the scenery. It is not a walk in the park, though, because forma.8’s uncharted planet is filled with many enemies and hazards.

From the very beginning, forma.8 presents both its gameplay and narrative in a very subtle way. After a short animation, you gain control of the little probe, and the only hint of any objective you have is just a dot on your map (that you can access by pressing the L button). You do not have any textual information during the entire game other than those basic button prompts, and they appear only when you receive new skills. Due to this design philosophy, the game is constantly encouraging experimentation. 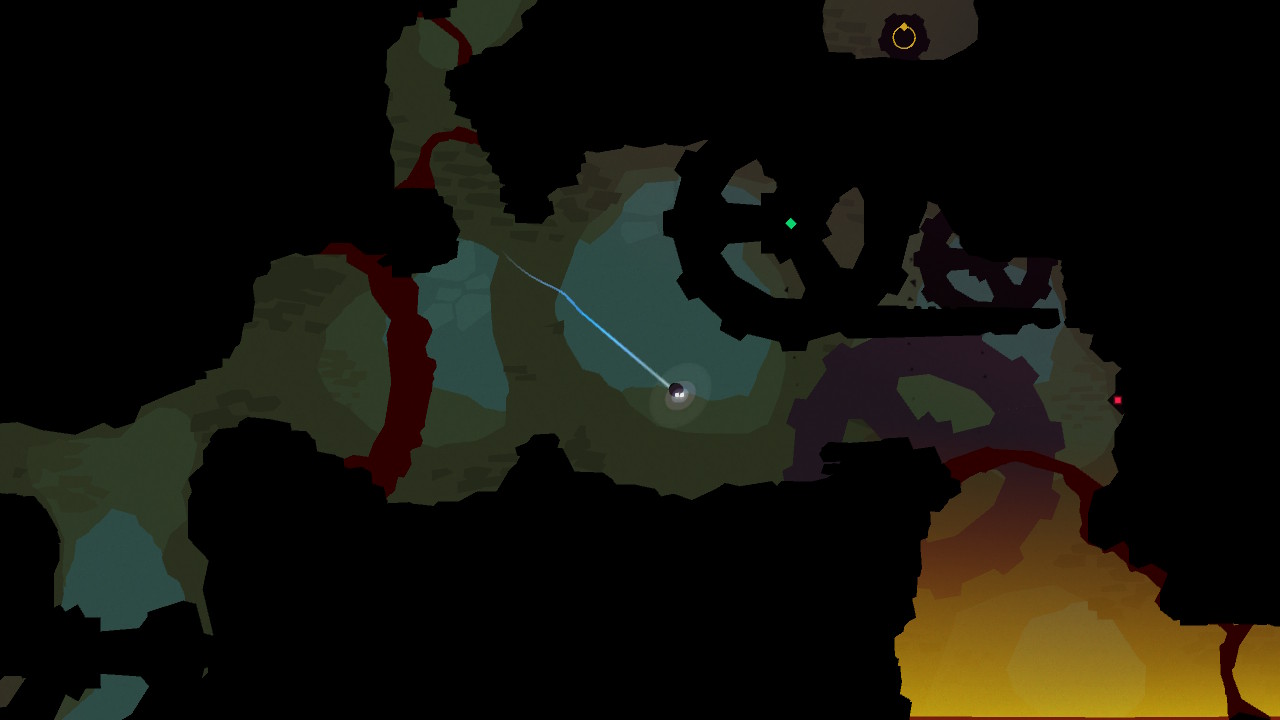 For instance, the first skill you get allows you to create a short energy explosion around the probe by pressing B. It is up to the player to discover how this power can interact with objects, enemies and the environment itself.

Honoring the Metroidvania genre, forma.8’s world is entirely interconnected. Exploration is definitely one of its fundamental pillars and is constantly rewarded with new items and power ups. How far you can go is defined both by how good you are in maneuvering through the map, and by the different skills you gather through the gameplay. I won’t get into many details, but you eventually have one skill assigned to each of the Y, X and A buttons. Some of these skills work best against enemies whereas others can be used to reach new terrains. Better still is the possibility to combine these skills in unexpected ways. It keeps progress fresh and interesting and adds inventive ways to overcome obstacles.

To make the progress even more interesting, forma.8 mixes up exploration with puzzle solving and enemy combat situations. I would say that neither of those aspects are the main focus of the game. Still, they’re implemented in clever and unique ways and help with the passing of the adventure. The puzzles are usually simple, and most of them consist of getting a key item to unlock a new passage. A few of them will surely make you think outside the box though, asking you to find inventive ways to use your skills. Timing and coordination are often demanded too, but not every situation is necessary to finish the game – yet, they give nice rewards and are material for completionists.

When it comes to its combat aspect, forma.8 is not at its peak. It never becomes a hindrance to the player, but there isn’t much pleasure on fighting the enemies, as the combat is a bit floppy. The enemies themselves come in different shapes and have unique behaviors. They are a good addition to the alien planet’s atmosphere, as they act and sound like biological creatures. Problem is that there aren’t many good reasons to fight them. Luckily, forma.8 acknowledges this and allows you to bypass most of the enemies as if they’re just environmental hazards.

That said, the best thing about the enemies are the bosses, as they combine combat with puzzles. They are towering and unique creatures and it’s really rewarding to finally take them down. Imagine David and Goliath, but with a little charming probe. 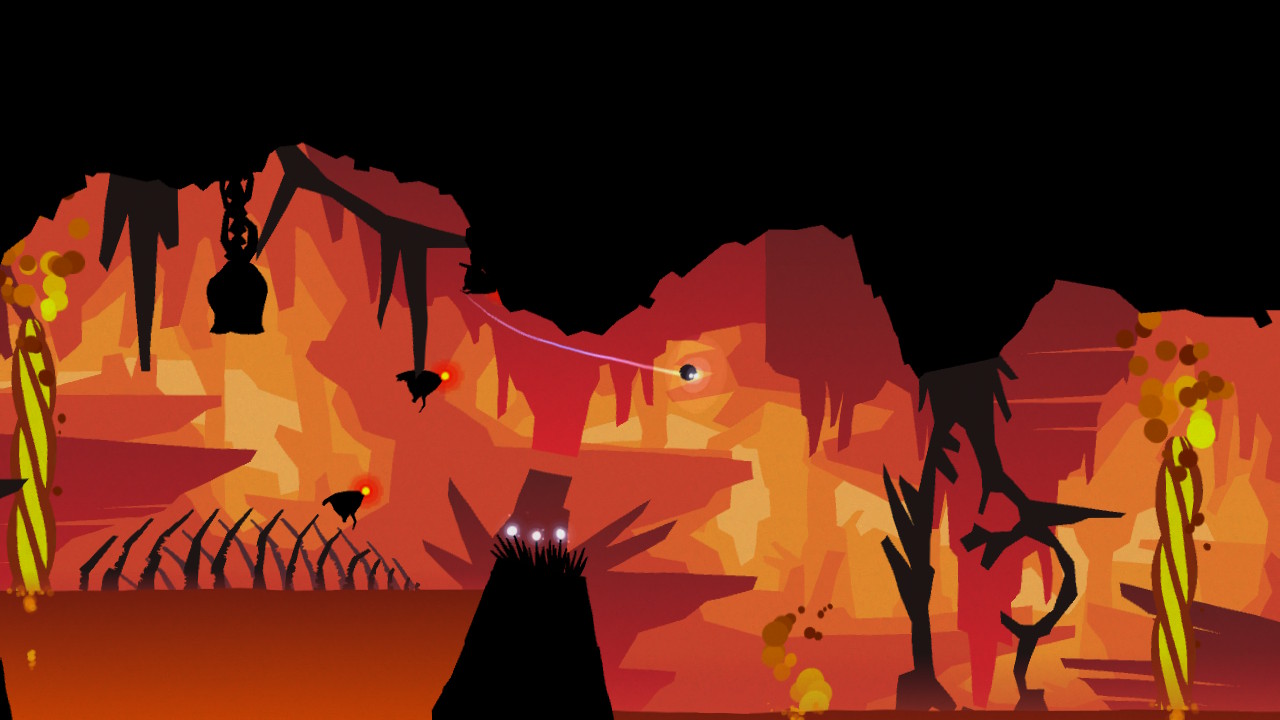 What forma.8 does in a brilliant way is create a compelling aeon planet, with beautiful hand drawn scenarios and an ominous, atmospheric soundtrack. Each area has its own unique look – which also helps in taking note of your current position. Add to that the constant feeling of smallness and fragility – the contrast between the little probe controlled by the player and the gigantic landscapes gives you the feeling that you are really exploring some distant alien world. The background noises vary from hollowing winds to cavernous sound effects, and you’re often stuck with the awes of finding the last vestiges of a long-forgotten civilization.

Adding things ups, forma.8 takes shape as a 2D Metroidvania game with its own little twists. This adventure really manages to tower over so many other games of the genre. Not only that, but it also comes up as an amazing atmospheric experience. If you like these characteristics, there’s no reason for you not to explore as the little charming probe.

forma.8 is Mixed Bag Games’ take on the Metroidvania genre. It combines puzzling and combat with the awe-inspiring exploration of an atmospheric alien world. Not diminished by any of its slips, it’s a compelling adventure of a little charming probe.