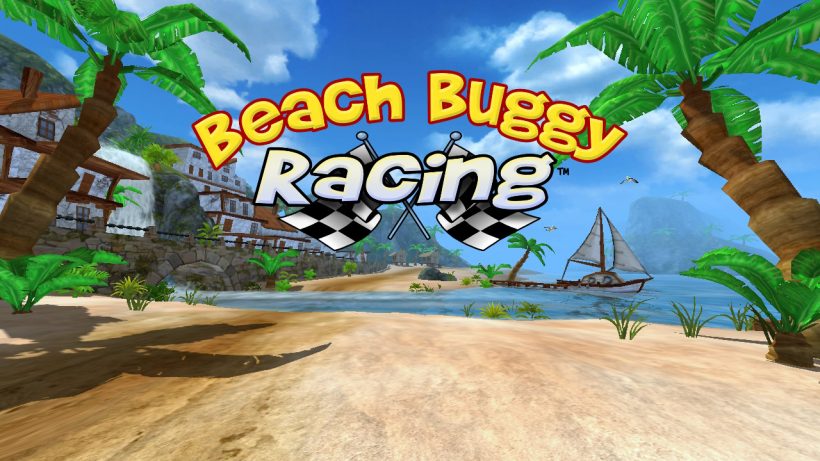 On a console that already boasts Mario Kart 8 Deluxe as its go-to kart racer, is there room on the podium for another? Beach Buggy Racing speeds onto the Nintendo Switch in an attempt to offer a little competition to Nintendo’s juggernaut.

There are a variety of gameplay modes on offer in Vector Unit’s kart racer, with the main event being the Career mode. Here, there are events for you to take part in that each feature several races. At the end of each event you will face off against another character who, if beaten, you will unlock for use in future events. I did like that these races were mixed up a little, with modes such as Elimination – where the last placed racer gets eliminated every 15 seconds, Boost Blitz – use the boost power-up to try and beat a set time and Shooting Gallery/Stampede – where you are challenged to destroy targets to earn more points. There are three stars up for grabs depending on how well you do in each race, and the more stars you earn the more events you will unlock. At the end of each event, you will take part in a head to head race against another character, whom you will unlock as a playable character if you beat them. 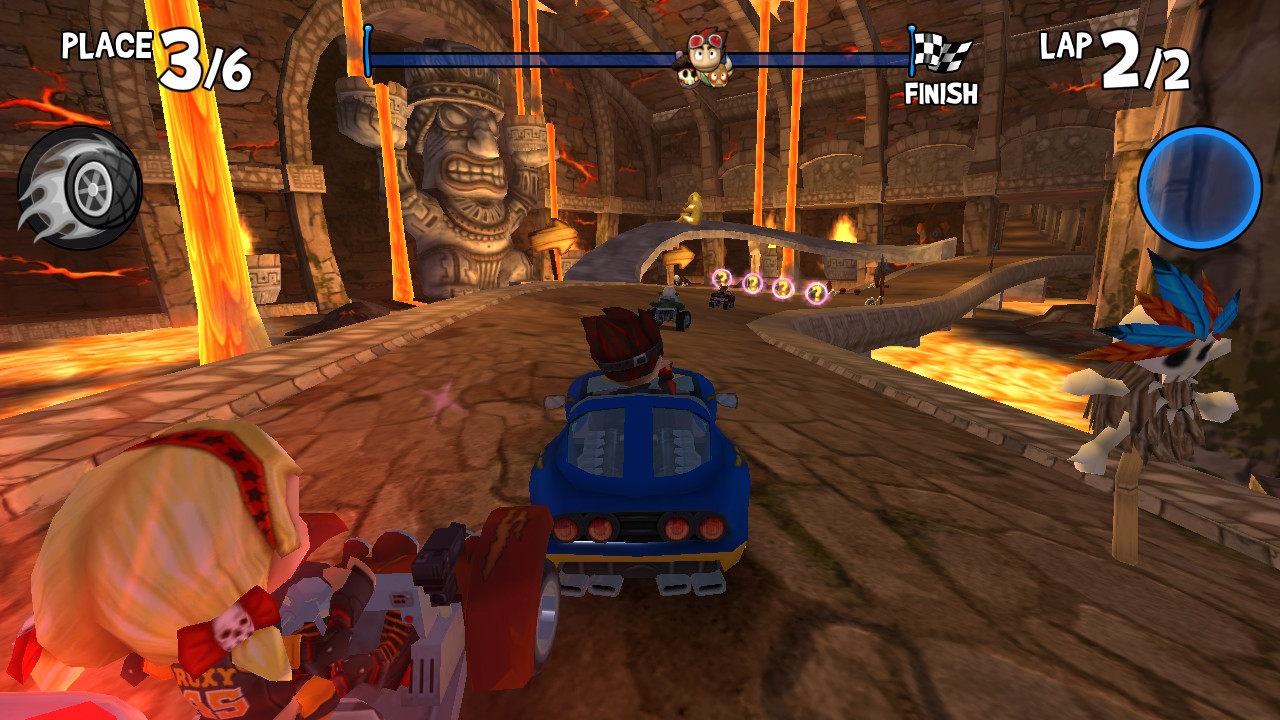 It is in this mode where I started to get a little frustrated with Beach Buggy Racing. The first few events are relatively easy, but as you progress further the difficulty is ramped up to the point where it feels unfair and a little cheap. You can upgrade your vehicle using coins that are earnt depending on your final position, but the rubber banding and constant power-up abuse by the AI can feel overwhelming in later races.

Power-ups come in two forms; there is a character specific power-up that has a single use per race, and power-ups that are scattered around the track for you to pick up and use throughout the race. The power-ups you pick up will be familiar to anyone who has played a kart racer before, but the character specific ones are a nice addition – with one character unleashing dozens of beach balls onto the track to cause obstructions for other racers and another character leaving a trail of flowers behind her causing tailing opponents to be slowed down if they are caught in the slipstream. However, in a decision that seems unfair, where you only get one use of these character-specific boosts per race, the computer will utilise these constantly in the head to head “boss” races in another cheap AI tactic.

Other modes include multi-race Championships, single track Quick Race, Split Screen for up to four players and Daily Challenges that are a nice addition to keep you playing – mixing things up between beating a lap time or racking up points by destroying targets and opponents in your path. You do get quite a lot of game here for your money – which is always a bonus!

For a kart racer to be worth its salt, it has to handle well – and Beach Buggy Racing doesn’t do too bad in this department. The vehicles all have their strengths and weaknesses and the vehicle physics are not bad – if a little on the floaty side. The lack of any rumble in this game seems an odd omission, as does the decision to not implement touch controls – especially as when you are playing in handheld mode the game’s icons are screaming out to be prodded with your index finger.

Beach Buggy Racing’s mobile roots do shine through in the audio/visual department. Now don’t get me wrong, the colourful characters, cars and courses are pleasant enough (even if all the characters do share the same face) but it does look a little dated. The soundtrack has a catchy Carribean/Hula feel to it, but it does loop quite frequently so can become a little familiar and annoying rather quick. I also found the power-up sounds to be particularly grating, especially the “Death Bat” (think Blue Shell from Mario Kart) that screeches maniacally as it homes in on the race leader.

Overall, Beach Buggy Racing is not a bad kart racer, but it isn’t necessarily a memorable one either. For under a tenner, you can’t really grumble too much – but cheap AI and an unforgiving difficulty spike may put some players off.

Beach Buggy Racing is a pleasant enough kart racer that does just about enough to make it an enjoyable experience. Although it can’t compete with the behemoth that is Mario Kart 8 Deluxe, it holds its own with the amount of content it has to offer at a budget price. There’s enough here to keep you entertained, but don’t expect to be swept off your feet!