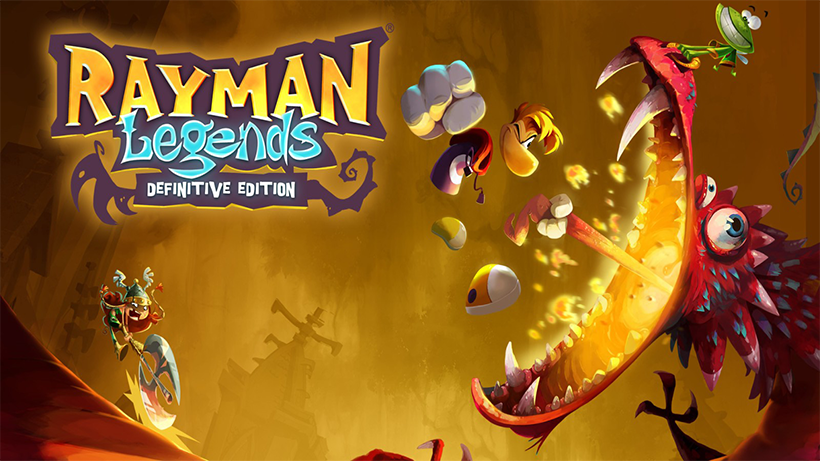 Rayman Legends, the game that wants to be on every console under the sun. Ubisoft now offers up the Definitive edition of an already fantastic game. For the Nintendo Switch every character on previous consoles are available here making up quite the roster and the mini game Kung-Foot gets an added tournament mode and a single player option. That’s it. While these small changes are welcome, they’re hardly definitive. 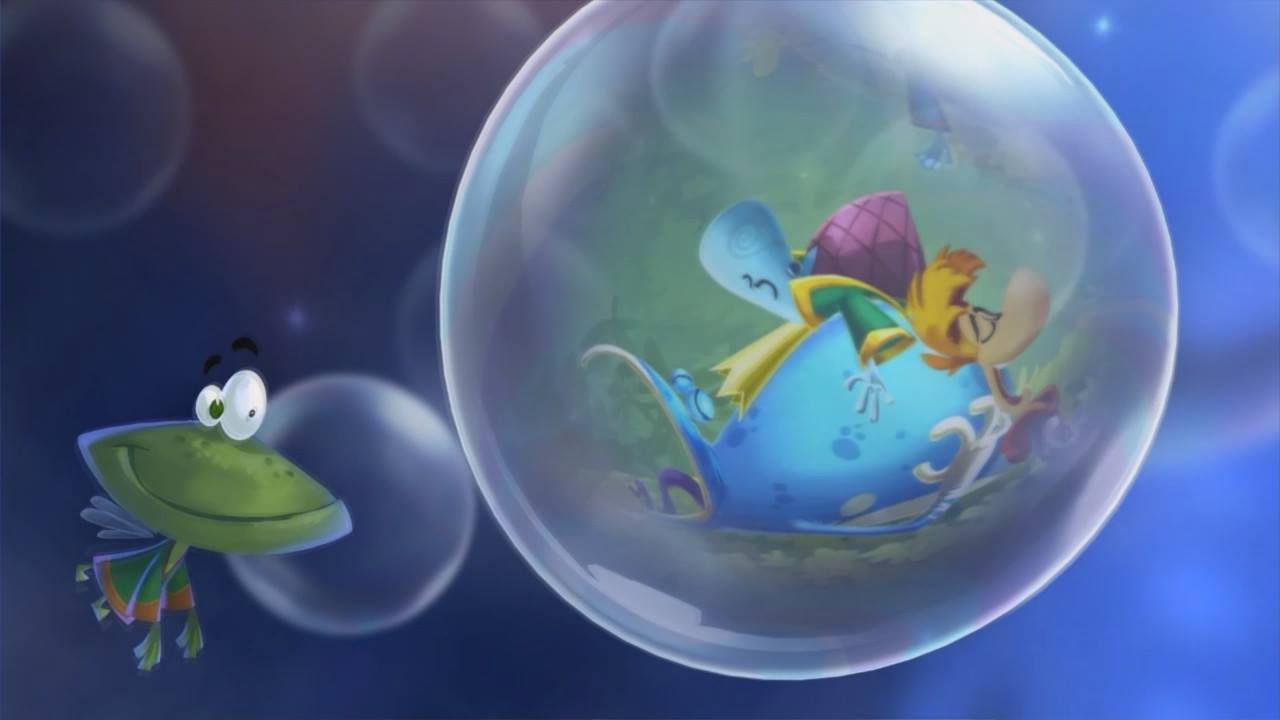 Lacklustre additions aside, though Rayman Legends is still great. You take control of titular hero Rayman as you travel through various worlds trying to save the Teensies from evil wizards. Don’t worry if that sounds a little lame because the real star of the show is the gameplay. You run, jump and punch your way through various 2D levels. The platforming challenges are plentiful and varied from running through falling buildings to flying through the air throwing magical fists at a giant armoured toad (no I didn’t make that up). The game knows how to mix things up and keep it interesting and thankfully all of the ideas present seem well fleshed out and not at all gimmicky. 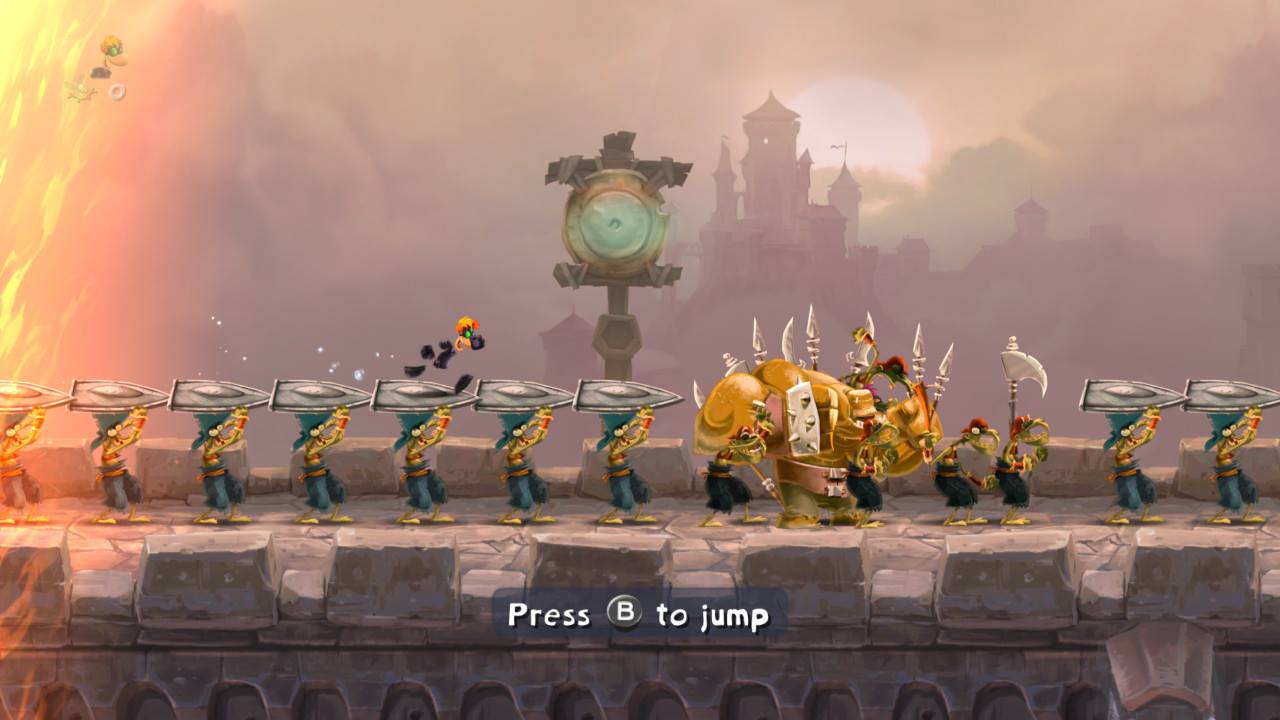 The platforming is exceptionally well executed, running and jumping through levels feels wonderfully fluid and as you learn the levels, traversing them almost has rhythmic feel to it. This fluid platforming is rightly the focus of the game, every design decision is geared towards making everything flow, such as the collectible lums painting a path to jump across several enemy heads onto a zipline. The game is filled with routes like these that are easy to spot but make you feel awesome when executed. The best examples of the fluid platforming are the music themed levels. At the end of the first world, the Castle Rock level opens up. As you start running through the level music starts to play and you begin to notice that as you jump, punch and slide through the level the music beats are matching your movements. It’s perfectly executed to the point where it feels like you’re the one playing the music.

As the game progresses it starts to ramp up the challenge, requiring more and more skill to perfectly execute sequences but thankfully the game is generous with checkpoints, never sending you back too far, allowing you to salvage that fluid momentum you had going without feeling frustrated. By the end, Rayman Legends is no pushover and 100% completing this game is going to require you to hone your skills and practice levels repeatedly. 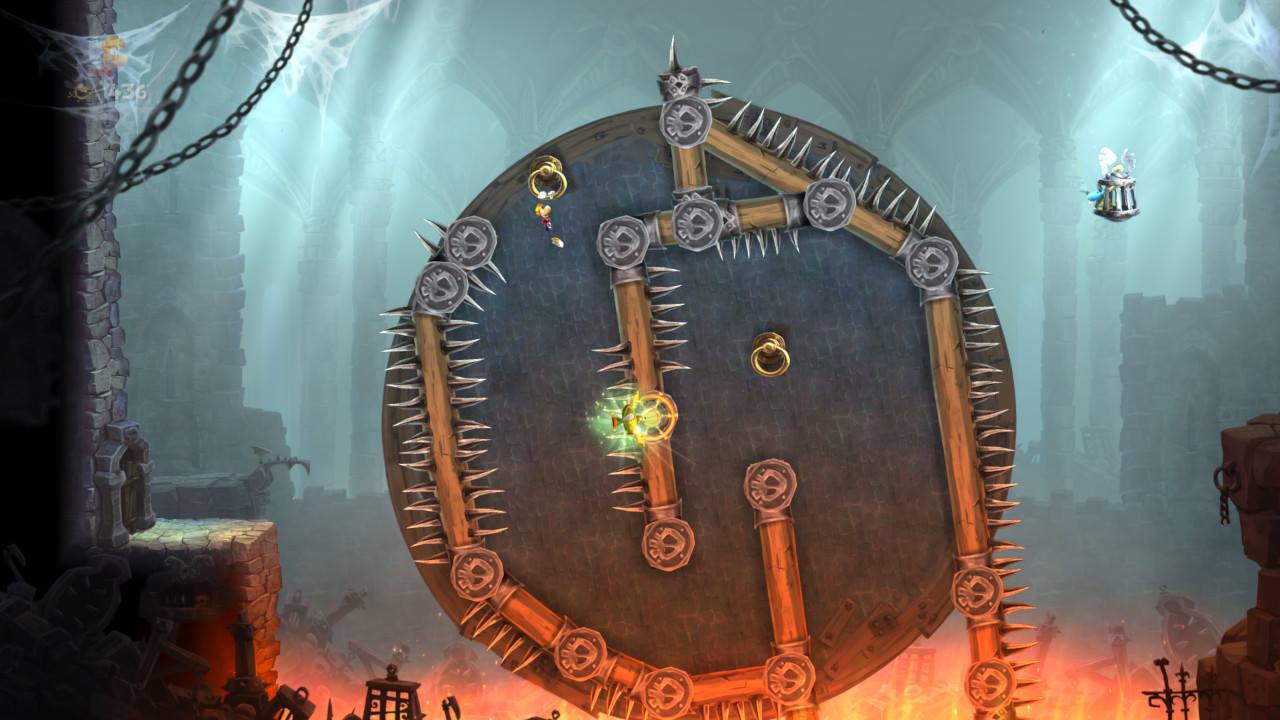 With exceptional gameplay nailed, Rayman Legends continues to knock it out of the park with the sheer amount of content in the game. With 120+ levels, daily challenges, Kung-Foot mini game and levels from the previous game Rayman Origins, there’s so much to do you’ll struggle to get through it all any time soon. There’s a great deal of variety in the content present as well. The Murphy’s touch world requires you to undock your switch and make use of the touch screen and motion controls, the challenges can take the form of endless runners or time trials. Kung Foot is still the best way to waste 5 minutes since Angry Birds, the definitive edition now allows for local multiplayer as well as tournaments making it less of a little distraction and more of a fleshed out multiplayer mode.

To go with all this superb content the game sounds and looks absolutely stunning as well thanks to the UbiArt Framework engine. The music works brilliantly with the art to set the fun natured, fast paced tone to the game and on the smaller Switch screen, these visuals really start to pop. The art style lends a real charm to the world of Rayman and all the characters feel special and unique from an oversized angry Luchador to fire breathing dragons. 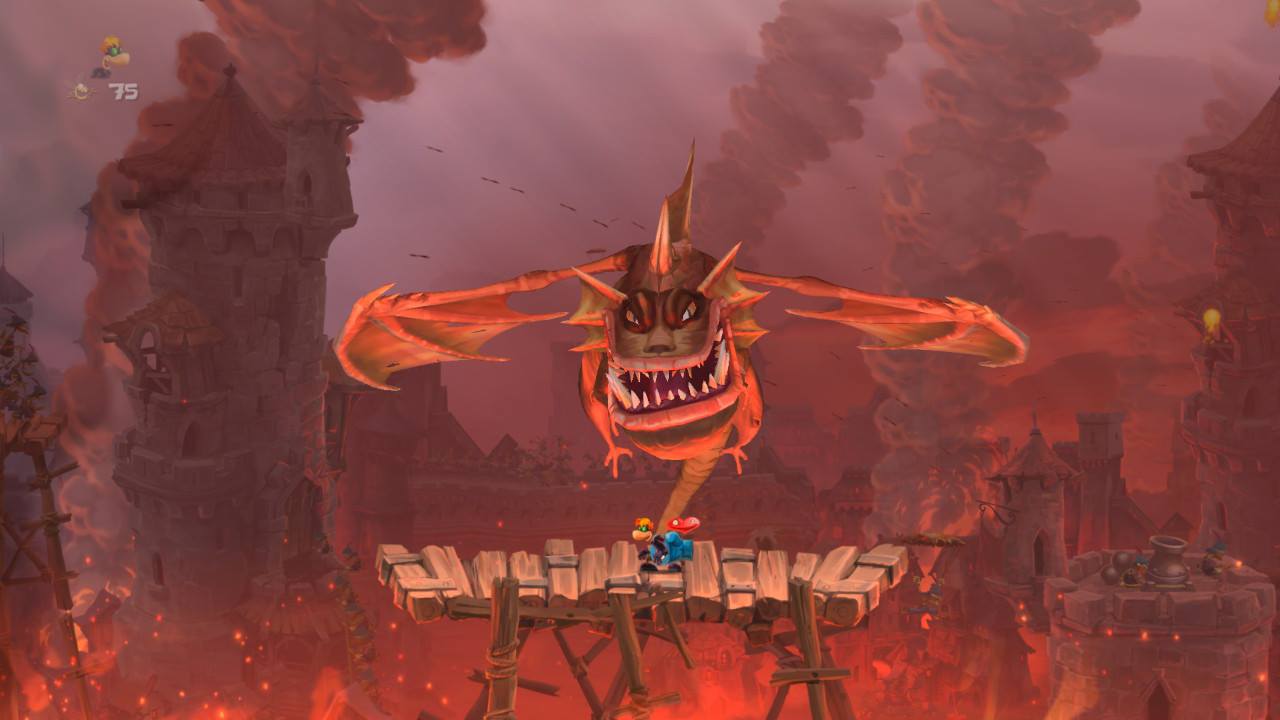 Superb gameplay, loads of content and stunning artwork, Rayman Legends was a great game 4 years ago and holds up just as well today. Unfortunately, this so called definitive edition has flaws and makes it hard to suggest the Switch port is the best way to play this game. Load times on Switch are weirdly the longest of all versions and can be a real drag when you’re switching between levels often. Alas that’s trivial compared to some performance issues that I encountered in some levels where there is more going on in the level. There are times where the game slowed down to the point where I was almost playing a slideshow. It doesn’t affect every level but when the problem does rear its head it can almost ruin the game which is a shame because the game is as close to platforming perfection as it can get but these problems mean this version isn’t deserving of the Definitive Edition moniker.

Rayman Legends is still a great game that anyone with a passing interest should play, the technical issues however are disappointing and if you’ve played this game before it can be hard to recommend. Hopefully Ubisoft fixes these issues and I can just carry on singing the praises of this game to everyone.

Rayman Legends will always be a great game. With exceptional platforming and level design, more levels than you thought possible and stunning art and music the game is up there with the very best. Unfortunately technical issues mean this is far from the definitive experience that Ubisoft want it to be.