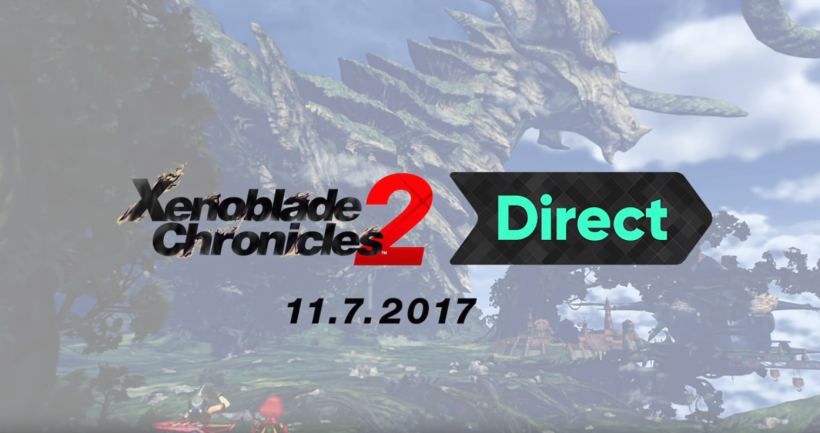 Chronologically, the first main piece of news will be a relief to some JRPG fans – Dual Audio will be available as free DLC from launch, so you can enjoy the game with Japanese audio and Enhlish subtitles if you so choose. They then went straight into the story focused trailer, demonstrating the Dual Audio with subtitles to follow along with. It goes quite in depth about the protagonists Rex and Pyra, so if you want to watch it, here’s a more discreet link to the Character Trailer.

The bulk of the presentation was detailing game mechanics. Most which were already known from previous showcases, and others which are returning (or are adapted from) the original Xenoblade Chronicles game such as the Party Gauge and Chain Attacks that weren’t present in Xenoblade Chronicles X on Wii U. Salvaging, Customisation and Trading were some of the new things discussed, as well as some refreshers of the complex fighting systems of Blades and Drivers.  A notable new mechanic introduced was Merc Groups, where you can send groups of unused and weaker Blades out on mercenary missions so they can grow together and earn rewards, rather than waste away like Pokemon have in previous generations. Some of the hallmark traits from both of the previous games like Affinity, Landmarks and Collectables were also mentioned. 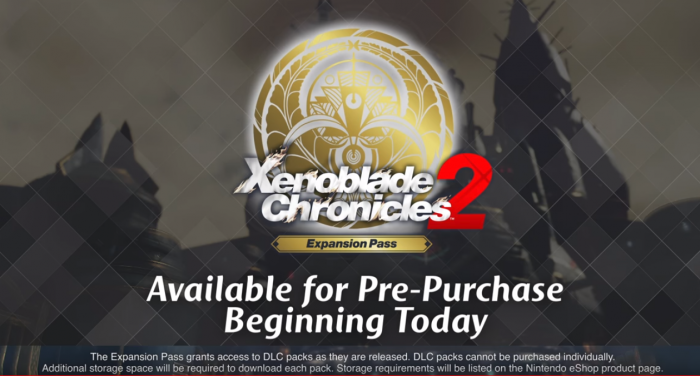 Closing the Direct were some meaty announcements. They revealed a Zelda style Expansion Pass that will trickle content including items, quests a Blade and new mode until a large story segment completes the bundle in Autumn 2018 – priced at £26.99/€29.99. Continuing the Zelda theme, a Rex costume and quest will be available for Link in Breath of the Wild from the 9th of Novemeber, though they didn’t clarify if this was part of either game’s Expansion Pass or just a free update. The integration between the two is hardly surprising since Monolith was invited to help with the development of Breath of the Wild, but it sure is wonderful to see this crossover.

And finally, the presentation closed with reminders that Xenoblade Chronicles 2, it’s Limited Edition and Pro Controller are all coming on the 1st of December, and let you know that eShop pre-purchasing is available from today!

You can watch the full presentation below – so here’s your final spoiler warning!