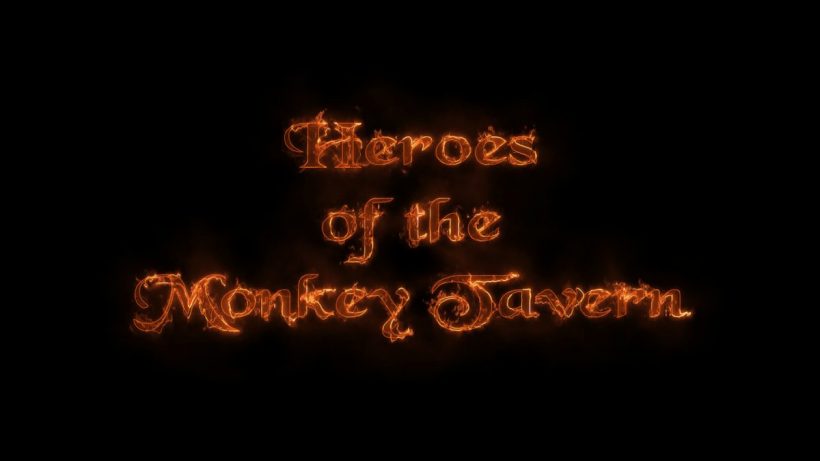 Should you give a monkey’s?

Do you miss the old-school days of trekking through maze-like game environments in the hope of finally stumbling across treasure at the end of it? If so, Heroes of the Monkey Tavern could be for you.

Some very brief backstory tells you that four heroes have entered this tower as a result of both being broke and retaining their thirst for adventure, and then you’re away. There are no cues in terms of controls – you’ll have to bring up the pause menu to hunt for them – and because of this, it took a while to figure out that it’s the directional buttons on the left Joy-Con which are used to move, and the control stick is used for selecting between each of your four heroes and their specific abilities.

You can assign defensive capabilities to one member of your team, attacking to another, mana and health to the rest, and a combination of any of the above, with eight classes altogether. There are all kinds of upgradeables, but it’s all a bit fiddly, which hits home in particular during battle sequences. Battling happens in real-time, and unless you develop a mastery over the controls very quickly, you’re going to be accidentally bringing up memories, healing the wrong person, firing attacks at thin air and experiencing numerous other frustrations.

The clunky controls add to the scares; when you sail forward into a room only to hear a shift in the music, it takes up to three clicks of the rotate button to be able to see where the danger is coming from, and by this point it’s already bearing down on you. Particularly when it comes to evil knights who give chase after you, retracing your steps through the darkened corridors is hard enough without having to reach from the movement arrow buttons up to the minus button to bring up the map to discover where you’re going.

The map is awkward as it is. In order to fully draw out a plan of the dungeon, you’ll need to step on each spot in the room to generate the drawing of the walls nearby. Otherwise, you could find yourself stuck at one point, checking the map and noticing an unfinished wall, and then travel all the way back to the relevant room in the hope of finding a new way there only to find a stone wall. Movement is done via a grid system, which is certainly restrictive, but it feels like a survival horror mechanic, adding to the difficulty by increasing the tension.

The puzzles are the highlight – riddles will be hung on walls, allowing for secret doors to be opened –  some will have you testing the walls for a stone which sticks out further than the rest, at which point you can press it and see what it opens up. But it’s not enough to overcome the frustrations caused by the sloppy controls and the overly fiddly battling. Accidentally using your health potions and mana by using the control stick when you think that’s what you need to do to move is a pain in the you-know-what. Fortunately, from start to end the game is rather short; otherwise it would have plodded far too much.

Heroes of the Monkey Tavern

It’s tough to tell whether it’s the genre itself, or the execution of this particular game, but it feels like something you’d have been playing on a primitive computer of some ten to fifteen years ago. Each passing floor of the tower looks the same, with only the new enemy models distracting from that monotony. It’s one for the genre enthusiasts, that’s for sure, but your average gamer isn’t going to take a lot from this. Apart from the nightmares caused by running away from monsters along those dim corridors, that is.