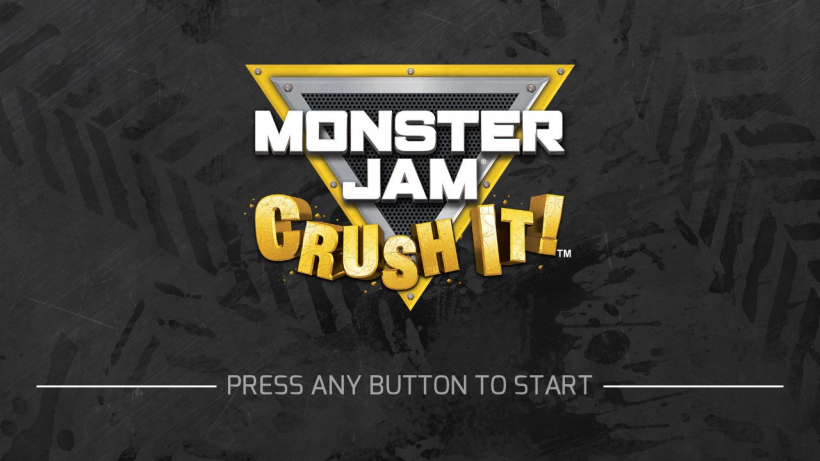 Monster Jam: Crush It! is the first Monster Jam themed video game to be released on Nintendo Switch, based on the American monster truck events and television series. I’ve never driven a monster truck before, and I’m a bit reluctant to learn now if it’s anything like controlling one in this game. Strap in, we’re in for a bumpy ride.

Upon first impressions, the difference in gameplay actually surprised me in a positive way, combining ideas evocative of the Tony Hawk games, Trials and Burnout throughout the 4 different game modes. Each mode has numerous different levels and unlockables, challenging you to race, flip and smash through objectives in your chosen truck to get to the next stage. The modes are varied, but none of them nail what they are reminiscent of and ultimately make you wish you were playing the games they were based upon.

The Hill Climb mode, for example, is a cool Trials themed change of pace and environment, however, the constant jutting of the camera as it’s trying to keep up with your truck laced in WD-40 is not ideal, it must be said. The levels also don’t provide much challenge, allowing you to beat them by simply holding accelerate.

The Crash mode is reminiscent of a similar style of gameplay from Burnout 3, at least in premise. The limited explosions from little barrels and cars are underwhelming, and it’s almost impossible to drive your truck off a ramp without it veering to the left or right.

Performance wise, the game runs fairly well on the Switch hardware. Whilst the graphics look a bit blurred and muddy in both docked and handheld mode, it runs without frame-rate drops and the load times are refreshingly short. The sound is not good though, every time you come back into the menu it replays the same repetitive music, and the commentary you receive over the freestyle mode is tinny and annoying.

The controls are also pretty monstrous. I understand and can get behind the idea of the hydraulics and suspension on the massive wheels, but I ended up turning and flipping insanely easily and the controls weren’t satisfying or seemingly accurate in the slightest.

To contrast the bad, the game has a wide range of different monster trucks you can unlock, and whilst purely cosmetic, they look AWESOME. Megalodon, for example, puts you in control of a GIANT SHARK ON WHEELS, and there’s even a truck that looks exactly like the Mutt Cutts wagon from Dumb and Dumber. Additionally, the game features online leader-boards for every game mode and level, a component that adds a genuinely competitive edge. These are great inclusions from the developer, and it makes it that bit more saddening that the game is not fun to play.

There are some promising features in Monster Jam: Crush It! that may make it fun for some monster truck enthusiasts, but from a gameplay standpoint it can’t hold a candlelight to the physics of Rocket League and alike.

Monster Jam: Crush It! is a disappointment that takes many inspirations from great games yet doesn’t quite nail any of them, resulting in an unsatisfying experience with monstrous control.