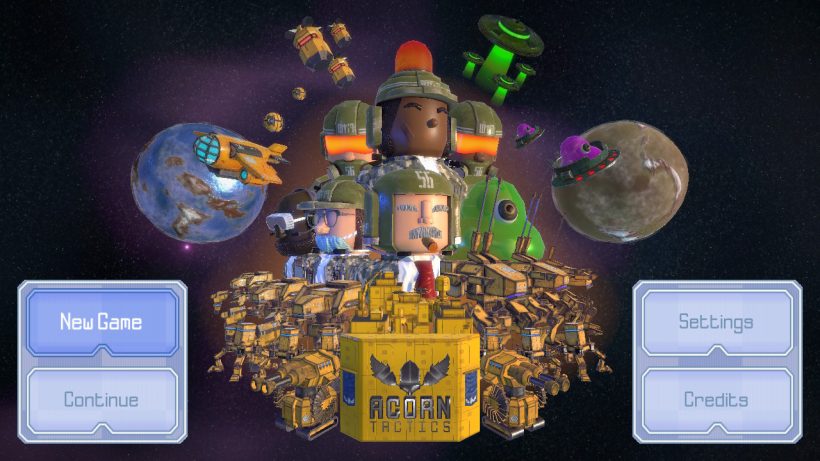 War, but not that advanced

The Switch already has a fantastic turn-based strategy game in the form of Mario + Rabbids Kingdom Battle but, in my opinion, it’s crying out for a military-style strategy title. Like one that Nintendo has in its own stable, you could say. I’m not going to hold my breath waiting for a “Switch Wars” anytime soon, though, and if you feel the same then ACORN Tactics might have caught your eye when it launched on the eShop recently.

The story goes that the world flooded and we all live on oil rigs when all of a sudden a bunch of hostile aliens arrive and start attacking. In typical shoot first, ask questions later style, we decide to blow them back from whence they came.

ACORN Tactics is a top-down military strategy game – you develop and upgrade “mechs”, four-legged machines which act as your units on the field as you attempt to thwart an alien invasion across 25 missions. Each mission drops your units dramatically into play and is turn-based. You’ll have the option to move your units a set amount around the map, placing your mechs in position to shoot at your enemies before play passes to the AI for them to do the same. Repeat ad nauseam until either you win or they do. Some of the enemies will deplete your shields, some will damage your amour and as you get further in the game they’ll adapt to become even stronger. 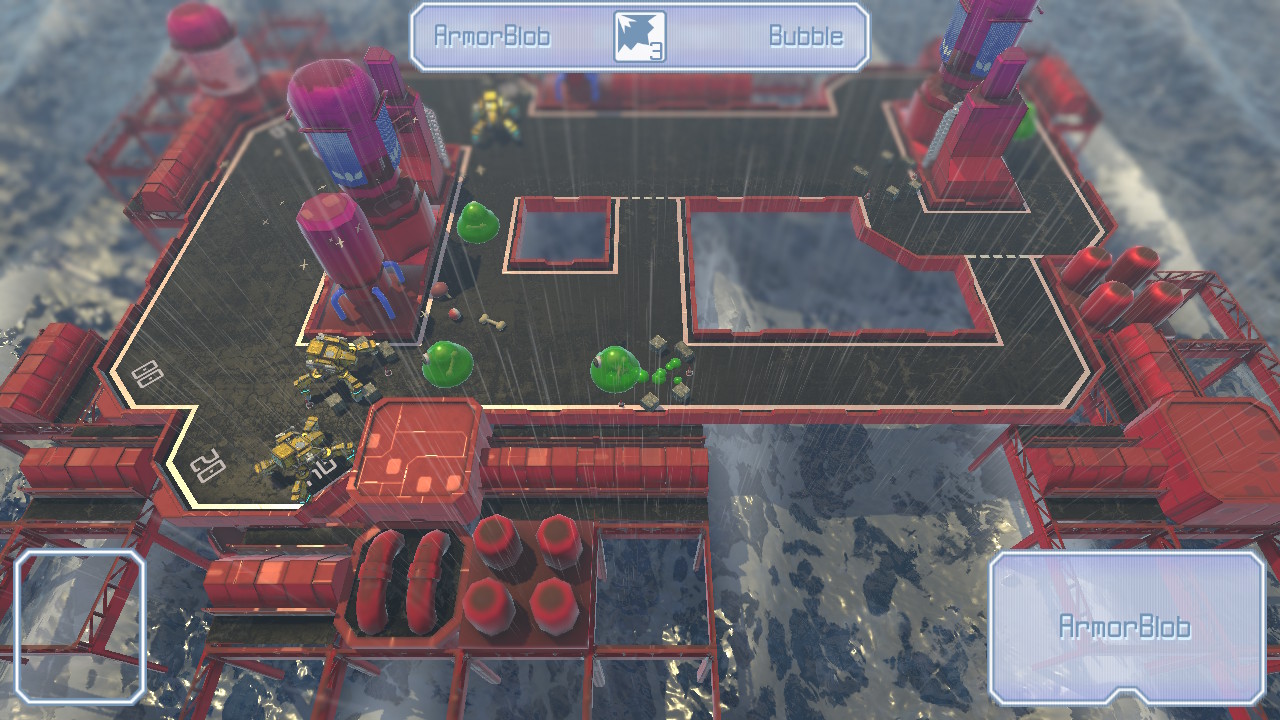 As you progress through the mission system you’ll earn credits which will allow you to research upgrades to your resources. This will see you grow from having three units to six, and upgrade your units capabilities. Initially, you’ll develop machine gunners, snipers and shot-gunners (although there’s very little to differentiate the three) and before long you’ll have rocket launchers (of various power) as well as a repair drone to help fix your squad. Your units can also earn promotions which apparently makes them more effective, but I can’t say that I noticed it too much.

ACORN Tactics doesn’t look half bad; and is a welcome change from the standard 2D, side-on pixel style titles that have flooded the eShop recently. The music has a very Gameboy-esque flair to it as it beeps and chirps along to the missions in play – it’s undeniably charming in places. 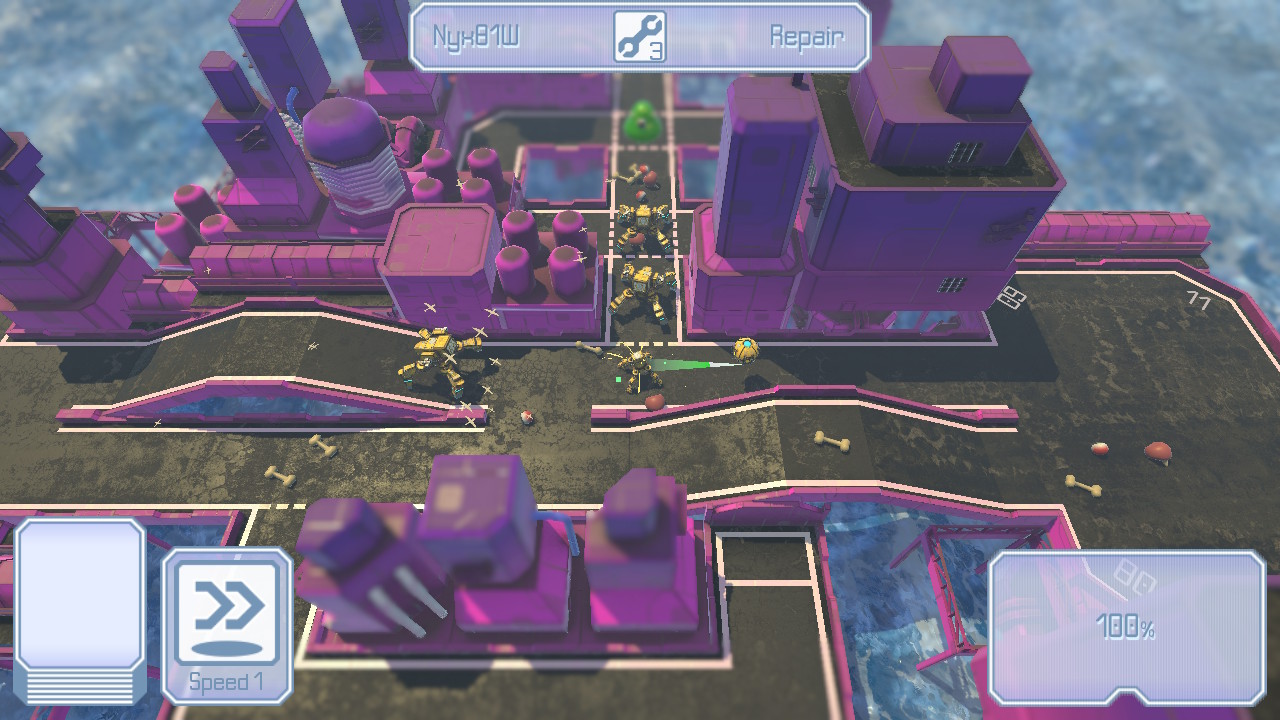 Despite that charm, however, there’s a couple of serious issues with ACORN Tactics, the more pressing of which is that it’s just not fun. No matter what you do, there’s no feeling of tension, no real sense of achievement when you win and the whole thing ultimately suffers from a lack of variety.

On top of that, there’s no multiplayer. Games like this scream out to be played with others, and repeated encounters with blobs just doesn’t really fill me with the one more go mentality that strategy games usually hook you with. There’s a random mission option that you can play, but to be honest it’s just more of the same…

Those desperate for something like this might find something worthwhile in ACORN Tactics but, for the majority you’d be better off waiting for the upcoming WarGroove from Chucklefish Games, Tiny Metal from Area 35 or sticking to (or checking out) Mario + Rabbids: Kingdom Battle.

The Switch is perfectly suited to strategy games, but ACORN Tactics isn’t one that should automatically go in your collection. It’s a shame, because despite being quite charming, it isn’t any fun.