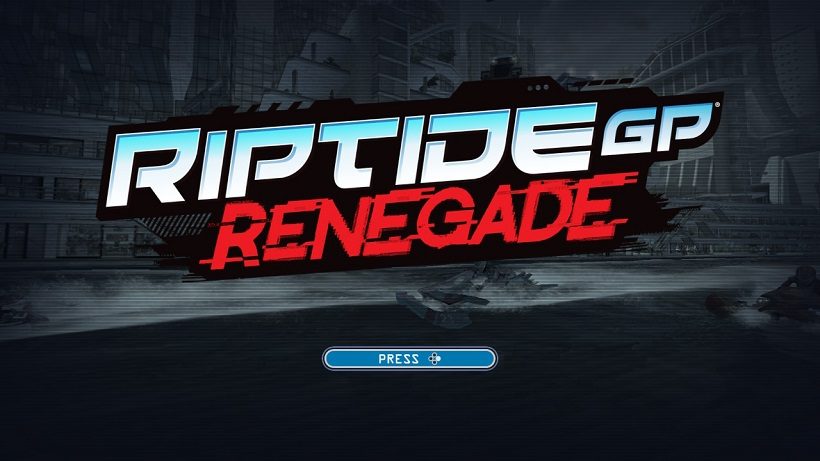 Makes a splash but this is no washout

The Riptide series has been making waves (sorry) on mobile devices for some time now, often used as a benchmark to show off the graphical prowess of the latest phones. The series then made its way to home consoles, but never felt quite at home, with controls feeling too floaty. Riptide GP: Renegade is an attempt by developer Vector Unit to bring the series to home consoles with a game designed specifically with them in mind.

For a game originally designed with more powerful consoles in mind (despite also appearing on mobile devices), it is reassuring to see the game performing well on Switch (docked and handheld). Riptide GP: Renegade this time around feels like a console game, what’s more, it’s the kind of game that has been rather absent from consoles in recent years. Renegade recalls the kind of racing game one might have played on a console during the early 2000s. A basic, but competent, racer that knows what it wants to achieve and doesn’t waste time with ancillary nonsense. 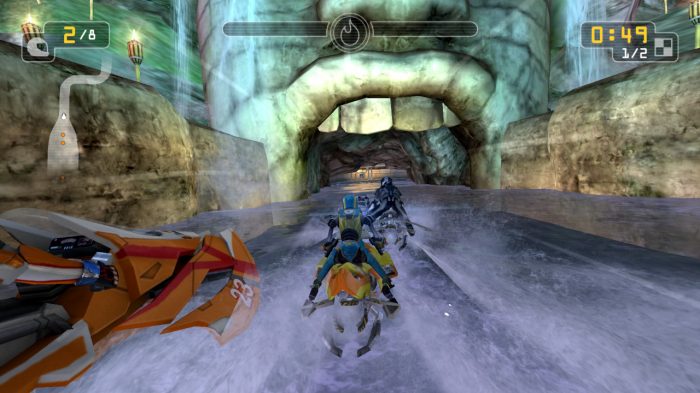 There is an exception to this though, but it is in keeping with the type of racer it is emulating (purposefully or not), and that is the execution of the story within the career mode. You do not play Renegade for the story as it comes across as a bad early 90s action caper. All you need to know is someone wronged you and now you need to get a crew together to help you beat them an illegal “street” race. Except this is the future and high-powered jet-ski type vehicles have become a very valid means of transport. Meaning you’ll be taking to the waves amongst a range of increasingly over the top environments. Each location, though, is fully realised making you feel like you’re racing through a real world adding to the excitement of the events taking place. 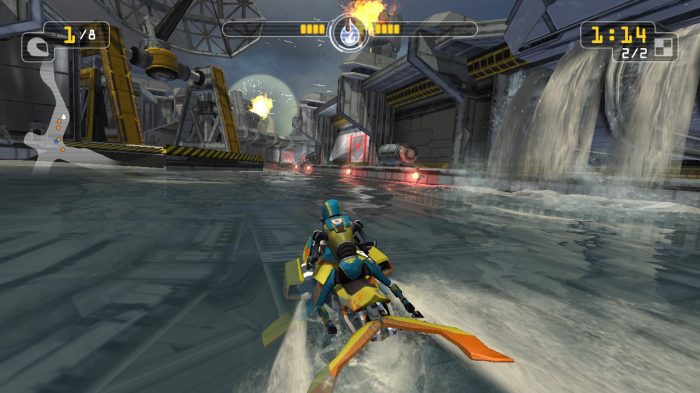 Events mostly take the form of high-speed races, but breaking up the monotony of revisiting the same locations multiple times is the inclusion of other event types. Whilst the other events aren’t unique to Riptide they are perfectly suited to the game. Elimination starts off straightforward at first but becomes increasingly difficult to stay ahead and remain the last standing as you progress through the career. Freestyle takes the trick system that is used to generate boost power in other modes and takes it to the next level. At first, this is rather tricky as you’re still not too familiar with the multitude of moves available, and early vehicles lack the speed necessary to maintain some of the more technical moves. Eventually, there will be a moment when everything clicks into place and you’ll be pulling off some sweet combos. The last mode is Slalom, and in practice moves Renegade ever closer to the classic Nintendo jet-ski series Wave Race. Renegade might not be the best-looking game on the Switch, but its visual style makes up for this. In addition, plenty of effort has gone into making the waves a distinct part of the game, which is a crucial element to take into consideration during any event. Then there is the sense of speed only grows as you unlock and upgrade new vehicles making for an exhilarating experience.

Riptide GP: Renegade is a throwback to racers of the past but performs just like a video game should today. What accounts for a story is just awful, but the careers mode itself provides a well-paced water-based thrill ride.