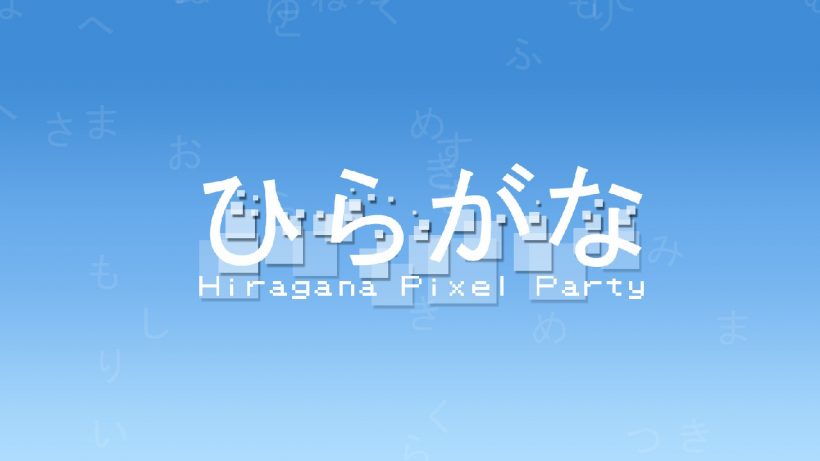 Hiragana Pixel Party is a rhythm game with no conceit of a plot. It brings a very simple premise to the genre: learn how to read Japanese Hiragana and Katakana characters.

Hiaragana is a phonetic set of Japanese characters. Unlike English, each character sounds the same no matter where it appears in a word. This is where HPP starts off. The rhythm action is set in a side-scrolling pixel world which retro-style chiptune music. The world is littered with boxes that you need to clear by tapping the relevant button to match the box decoration. You’ll soon find that jumping over the boxes is more straightforward than trying to follow the rhythm of the forgettable tunes, unfortunately. 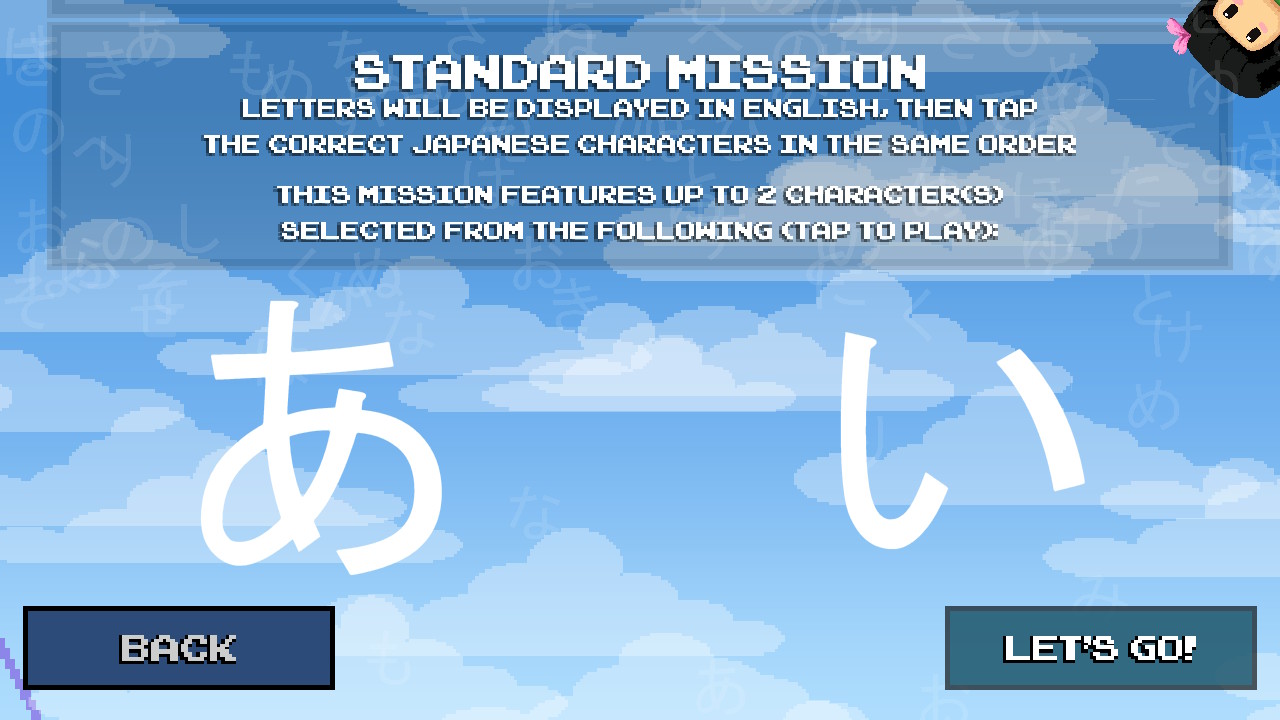 At first, you are given just a couple of characters to work between. The giant pixelated girl will say a sequence of sounds with the corresponding characters in a speech bubble. You then see where the characters are assigned on the screen and tap the buttons or screen with the same rhythm. You soon find yourself tapping along quite leisurely.

Each level mixes up the style of play. The basic levels show the characters and pronounce them, so all you need to do is copy what you see before other modes are introduced. You’re given the sound and have to tap the corresponding characters with no visual clue. HPP also introduces memory challenges so that you can to copy the sounds while also remembering the sequence and which set of squiggly Japanese character is a match. This is the style of the game throughout – boxes to jump over with changing music and backdrops, but there’s no variation in the actions on screen. 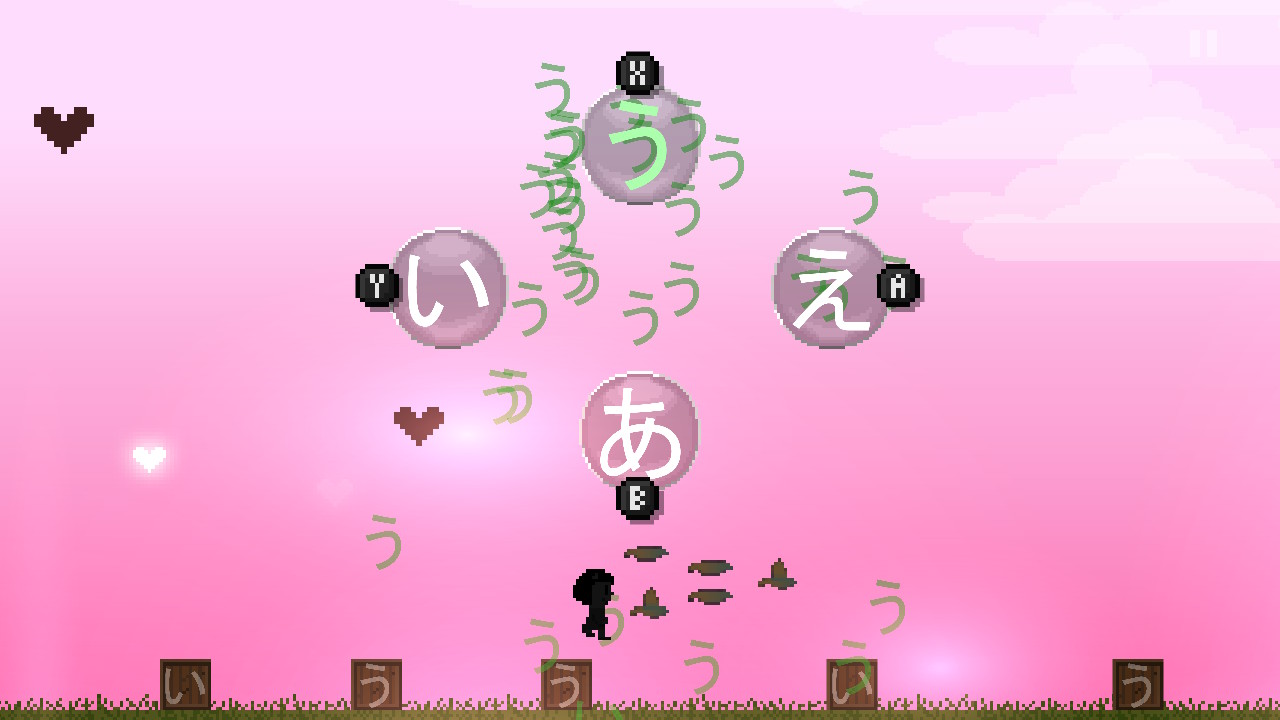 Throughout the levels, the difficulty ramps up for a number of reasons. The most obvious challenge is that more characters are introduced. With 208 characters between both syllabaries, there is a lot of information to retain. It needs to almost become mental muscle memory. That’s a tall order when you consider that after just an hour of playing you’ll already have more than half a dozen sounds and characters floating around in your mind. 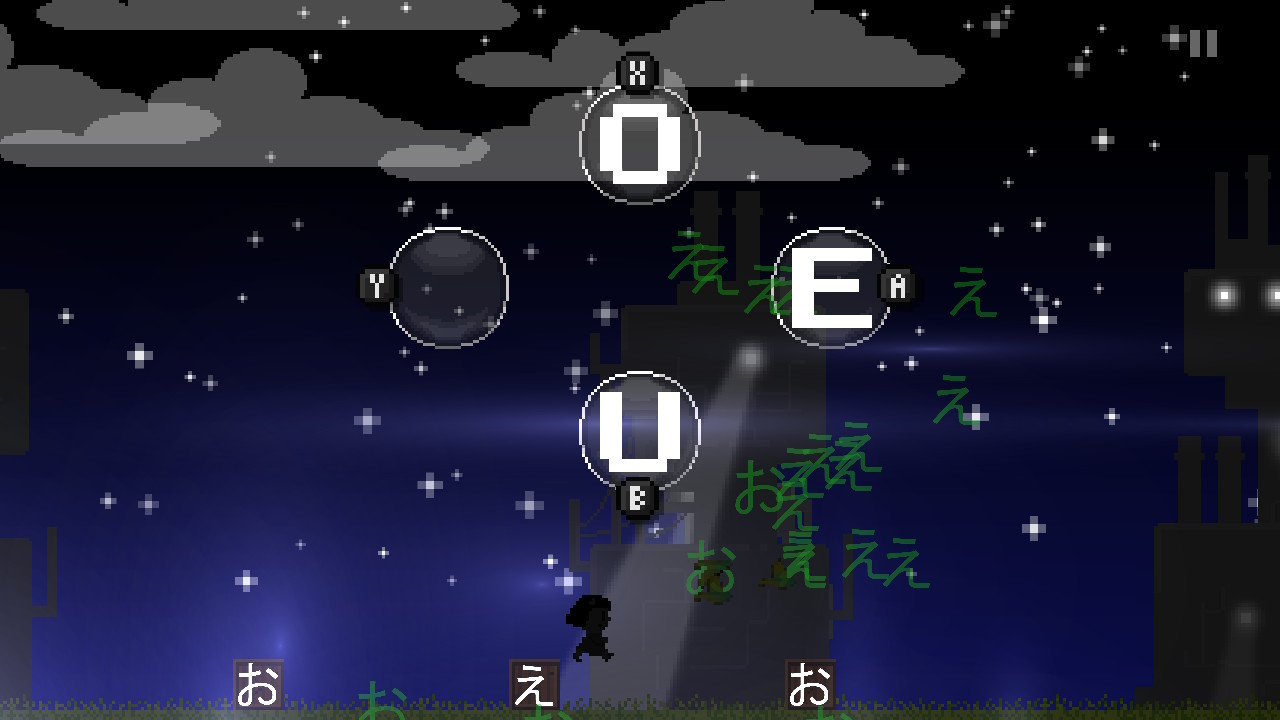 The other challenge is the way that HPP lays the characters out on the screen. Each section of jumps requires you to not only recall the correct sequence but then find the associated button. The characters are randomised each time so you need to listen, comprehend, remember, find the character and execute the jumps. This all happens in what feels like an increasingly short space of time. I appreciate the need to not allow you to memorise the combinations for each song, but I question the wisdom of constantly changing the location. It adds a complexity that you could really do without. 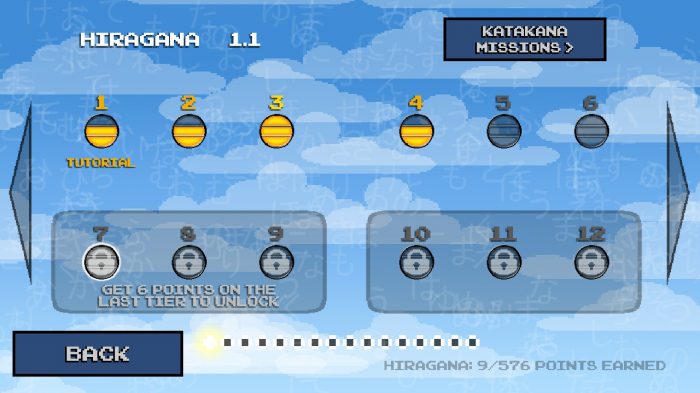 I suppose that it’s important to understand that you won’t be able to read Japanese after playing this. Sure, you’ll be able to recognise the characters and read them out but you won’t actually know what you’re reading. For educational value, this is a single piece of what you need to learn a new language.

Hiragana Pixel Party is a simple rhythm game that sets out to teach you how to read and pronounce Japanese characters. It could benefit from some more variety in gameplay, but if you fancy something that you can potentially benefit from, the challenge and the educational value could keep you engaged through its many missions.