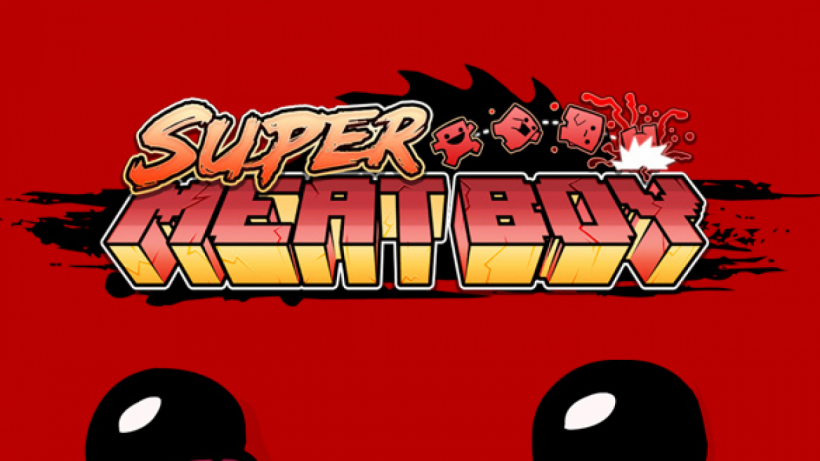 For those of you that have been living under a rock for the past decade, Super Meat Boy is a notoriously challenging yet superb platformer that helped kickstart the current indie game boom due to its appearance in Indie Game: The Movie.

Controlling the titular Meat Boy, you are tasked with rescuing Meat Boy’s girlfriend, Bandage Girl, from the evil Dr. Fetus. This sees you needing to traverse over 300 levels across multiple chapters – using some of the finest and tightest platforming controls to do so. Now, 300 levels may sound daunting but each one takes less than 30 seconds to complete once you’ve mastered the controls and figured out the optimal route. 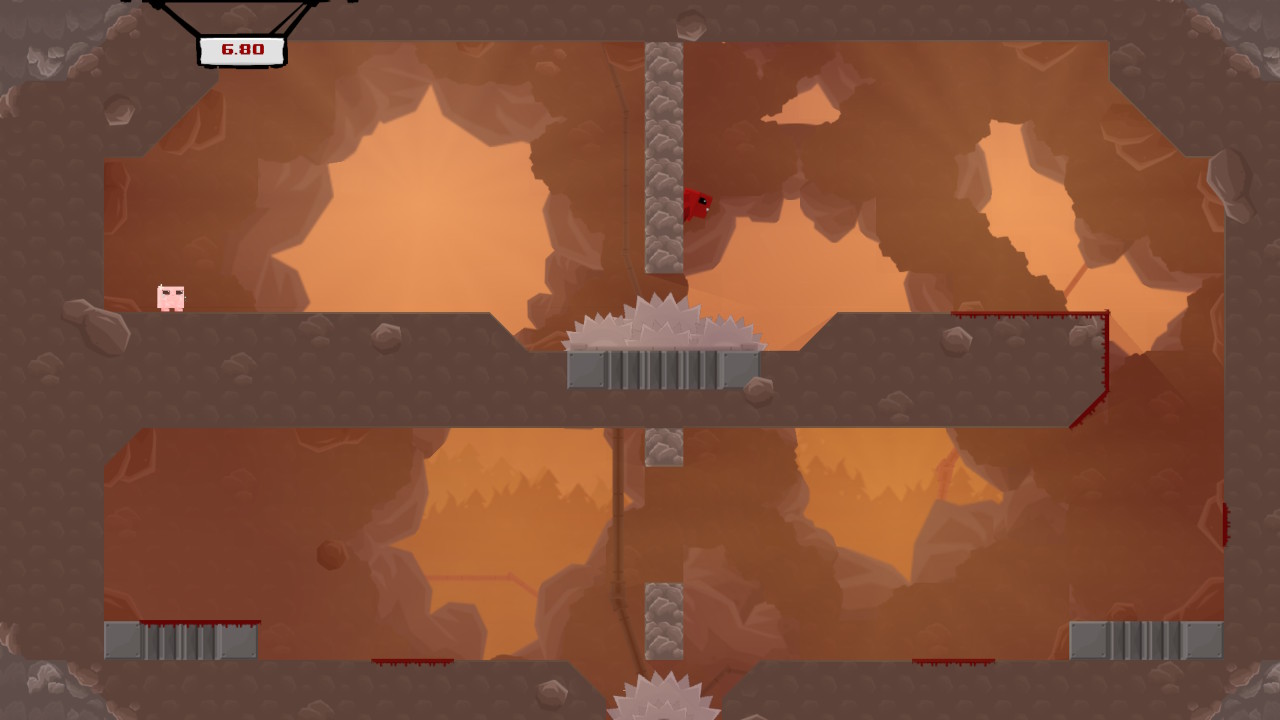 Until you do that, however, you will probably die a lot trying! Super Meat Boy will test your ability to bounce around each stage in the fastest way possible, requiring the most precise movement and button presses. Luckily, the game is a dream to control and is extremely responsive – using a very simple scheme of analogue stick to move, A to jump and ZR to run. This allows you to put all your focus into the on-screen action as you attempt to clear each level in record time. Once you complete a level, you are presented with one of my favourite features – a replay of your run (or runs – depending on how often you failed) that shows you all of your attempts. There’s something a tad sadistic about watching the many Meat Boys die repeatedly while one makes it successfully to the end goal but it does further boost that feeling of achievement once you’ve cleared a particularly tricky level.

There are also online leaderboards for you to compare your clearance times with either your friend list or the world, and beating a stage below the par time will see you awarded with an A+ ranking that will open up the even harder version of said stage in the game’s infamous Dark World. Not only satisfied with giving you these extra difficult versions of the base levels, there are also Warp Zones dotted around levels that will whisk you off to mini-worlds inspired by other indie games and retro titles – giving you three lives to complete these with new characters available to use if you manage to do so.

If you thought Super Meat Boy couldn’t get any better, one awesome new addition in the Nintendo Switch version is “Race Mode”. You and a friend can take a JoyCon each and race head to head through either a single chapter or a bunch of random levels. This makes for a lot of fun and, equally, a lot of cursing and laughter as you take each other on. 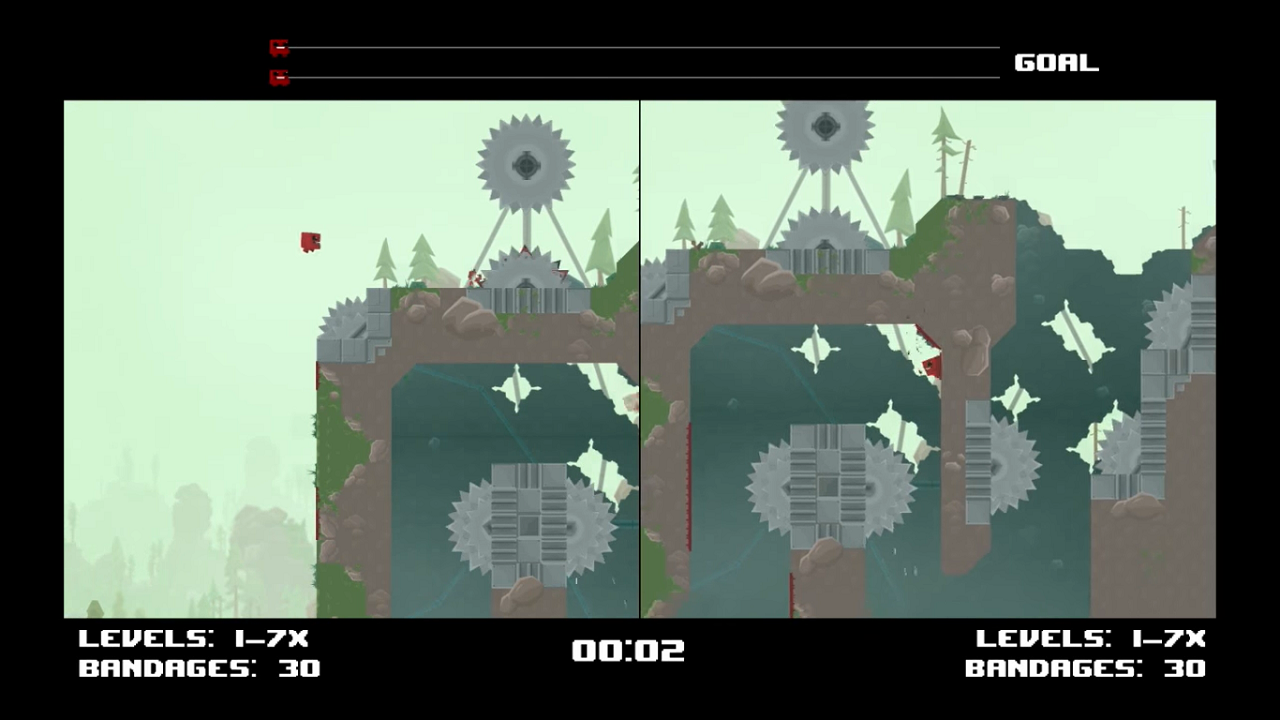 There’s a reason that Super Meat Boy is often heralded as one of the best 2D platformers of recent times and, with the addition of Race Mode, the Nintendo Switch version is arguably the best version yet of the game. With all of its charm still intact, and the controls still superb, this challenging but fair game is as awesome as ever. Sure, the soundtrack isn’t as good as the original but it is still full of banging rock tunes and the multiplayer is fantastic fun – making Team Meat’s game worth buying all over again!

One of the best 2D platformers of the last decade, Super Meat Boy lands on the Nintendo Switch and delivers, arguably, the best version of Team Meat’s game yet. The Race Mode is a fantastic addition provides a riotous multiplayer experience to what was already a superb package. If you’re a fan of challenging platformers and have never played Super Meat Boy before, this is essential. If you’ve already played it, it’s still as awesome as ever – with the added bonus of Race Mode.