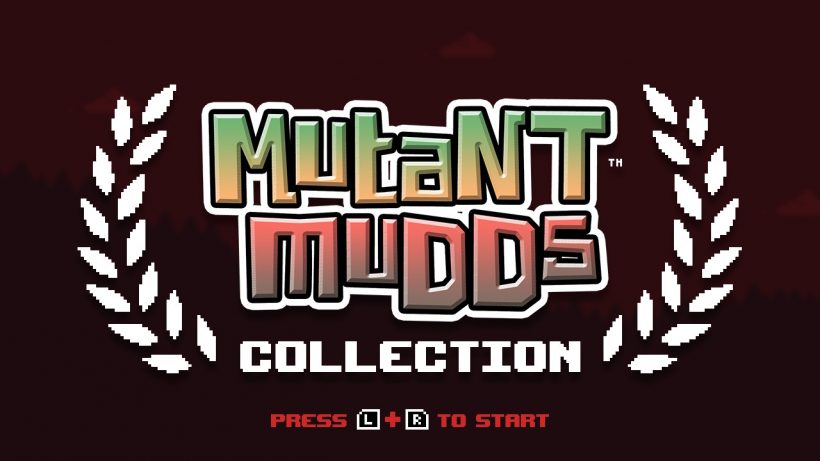 What do you do when you have a hit 3DS game on your hands? Release it on the Nintendo Switch of course! Mutant Mudds and Mutant Mudds Super Challenge won’t be a stranger to most Nintendo fans. The first in the series originally appeared early on in the lifecycle of the 3DS and was an instant hit. It combines intense platforming action with tight level design while making use of the handheld’s 3D capabilities by allowing you to jump into the level’s foreground and background. 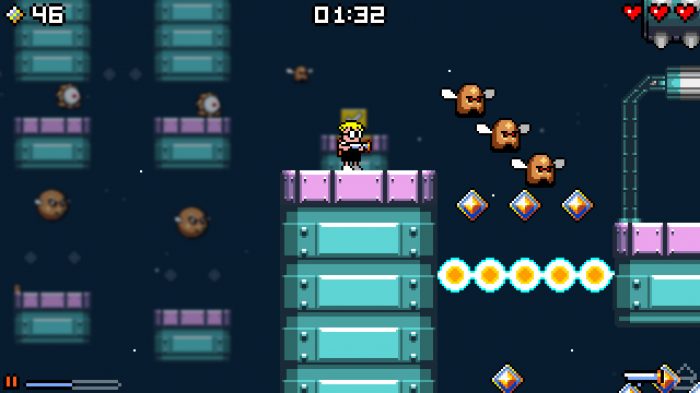 Jools Watsham, Atooi’s founder makes no pretense that Mudds is a sort of homage to Wario Land on the Virtual Boy and despite the lack of the stereoscopic goodness, it looks great on the Nintendo Switch. You’ll find bonus levels that would graphically feel at home on the Game Boy and Virtual Boy. It’s a nice touch that keeps you smiling.

Mutant Mudds isn’t an easy platform game though. The levels start off easily enough as you’re introduced to the controls. Jump. Shoot. Hover. Very soon things start getting tricky. Those pesky Mudds are placed in particularly awkward locations while platforms and obstacles fade in and out with little margin for error. If you don’t enjoy platforming games, then I promise you that this will be a home very close to Hell. But let’s make something very clear, the game isn’t unfair. The objectives are clear so with ample patience, dexterity and stubbornness you can overcome all of the challenges. Throughout each level you’ll find 100 gems on your path. These are doubly useful as not only are they a collectable for the completionists, but they also grant you access to additional powers to help you in your battle against the Mudd invasion. Combined with the bonus stages hidden in each level there’s a lot of replayability here.

The Super Challenge levels are definitely aimed at those that have beaten the original games’ challenges. It introduces a death counter which I’m unashamed to say was at 14 deaths by the time I finished the second level. It’s very tough and keeps your reflexes sharp. The checkpoints are also scattered around a little less liberally to add to the difficulty. Despite the “super challenge” you never feel cheated when you fail. Every death is a lesson in how you can beat the particular obstacle. 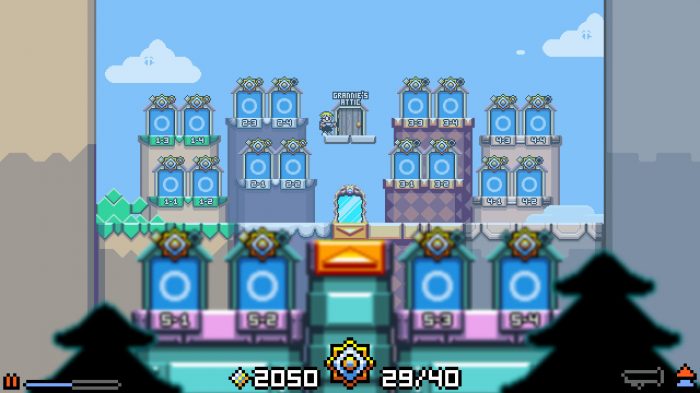 The new addition to this collection is Mudd Blocks, a Mutant Mudds twist on the Candy Crush-style puzzler. Mudd blocks appear at the bottom of the screen and you need to clear them by throwing other blocks and bombs. There are some different modes to keep the game interesting and it’s a pleasant diversion from the intense platforming of the other two titles.

To put some icing on the Mudd cake, there are online leaderboards for each of the three games. If you don’t feel that the game is difficult enough then you can take on your friends and the rest of the world in speedruns for the ultimate bragging rights.

Right now, the Nintendo Switch is surprisingly lacking in quality 2D platform games so the Mutant Mudds Collection is a welcome addition to the platformer stable sitting happily alongside games such as Shovel Knight. Just don’t forget to bring your ‘A’ game.

It’s a quality collection of games which combines fun and frustration in equal measure. The addition of Mudd Blocks is very welcome though not essential. If you love a good platform game, then this is a no-brainer and I can’t recommend it enough. If you are not so keen, this may be a little more frustrating than you’d like.