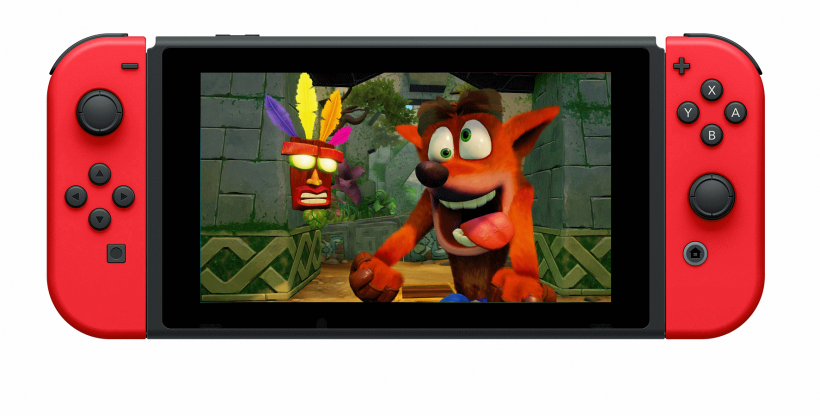 After the success of Crash Bandicoot‘s return to PlayStation last year with the N. Sane Trilogy, which as of 2018 has surpassed two million copies sold,  it seems that Activision are looking to broaden their horizons with the jean-short wearing marsupial.

“The new game was a huge success at retail with no marketing spend. Next year it will be going broader (Switch and PC) and there will be another game in 2019. Activision have a five year plan for this and GB eye is delighted to be fully on board for all products“

Considering the success of the game last year, and the fact that developer Vicarious Visions were noticeably particular with their choice of words when asked questions in the press about a possible port, this news would make complete sense. My prediction would be an announcement closer to E3 time, with the game releasing on the Switch in the latter half of 2018.

As for the new title mentioned, I would expect a widespread release at launch. Whilst Crash’s home is ultimately on Sony’s platform, the games have been multi-platform since Wrath of Cortex, and after the sales results it would be reasonable to assume Activision would want to transition away from console exclusivity, especially considering the demand from consumers to have EVERYTHING ON THE SWITCH.

Of course, this is all speculation at the moment, and I could be getting way ahead of myself. What are your thoughts on Crash Bandicoot’s possible return to a Nintendo platform? Join in the discussion below.

2 thoughts on “Crash Bandicoot Likely Heading to Switch in 2018”