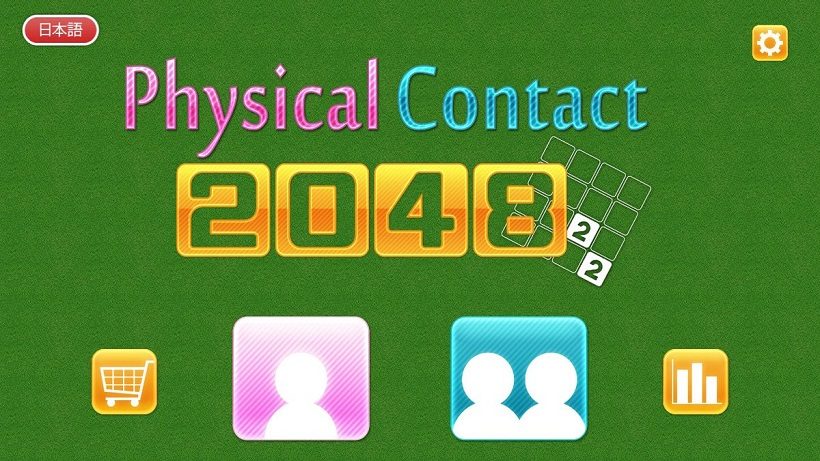 The numbers just don’t add up.

Collavier’s Physical Contact: 2048 is an adaptation of 2014’s hit mobile game 2048 for the Nintendo Switch, published by the Collavier Corporation and released onto the Nintendo Switch eShop in September 2017. While it is still 2048, and is enjoyable enough to play for fans of the original mobile game, Physical Contact: 2048 isn’t an impressive port at all and does very little to develop the traditional mobile experience. 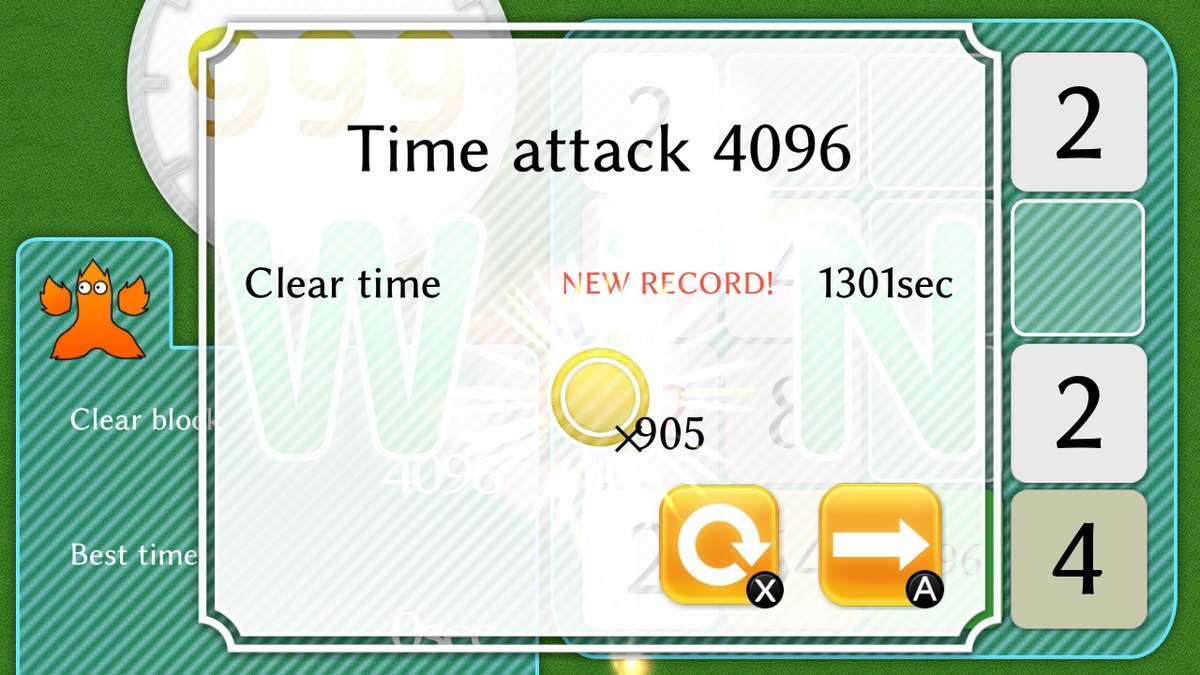 Physical Contact: 2048 sports a variety of game modes, including four single-player time-attack challenges, 100 score-based challenge levels, and a two-player local multiplayer mode where you can compete against each other and the clock to achieve the highest score possible. The one mode it doesn’t have, which should obviously have been included, is the (technically) endless mode of the original mobile game. There is no option anywhere to just start a game of 2048 and keep going for as long as you can before making that final fatal mistake, and this is a serious oversight by the developers in capturing the essence of what made the original mobile game so popular in the first place.

Still, the included game modes aren’t all bad. The 100 score-based challenges, involving reaching a set ‘clear score’ (completing these will earn you one of three accolades – bronze, silver or gold – depending on your completion time) to win, increase in difficulty and allowed completion time as you work your way up the ladder and it is a lot of fun to try and complete them in the fastest time possible in order to continually try and improve your high scores. The time-attack modes, similarly, start small and challenge you to work your way up to great numerical feats, going beyond even the legendary goal of scoring 2048, and both these and the challenges have superb replay value with the aim of score improvement in mind. 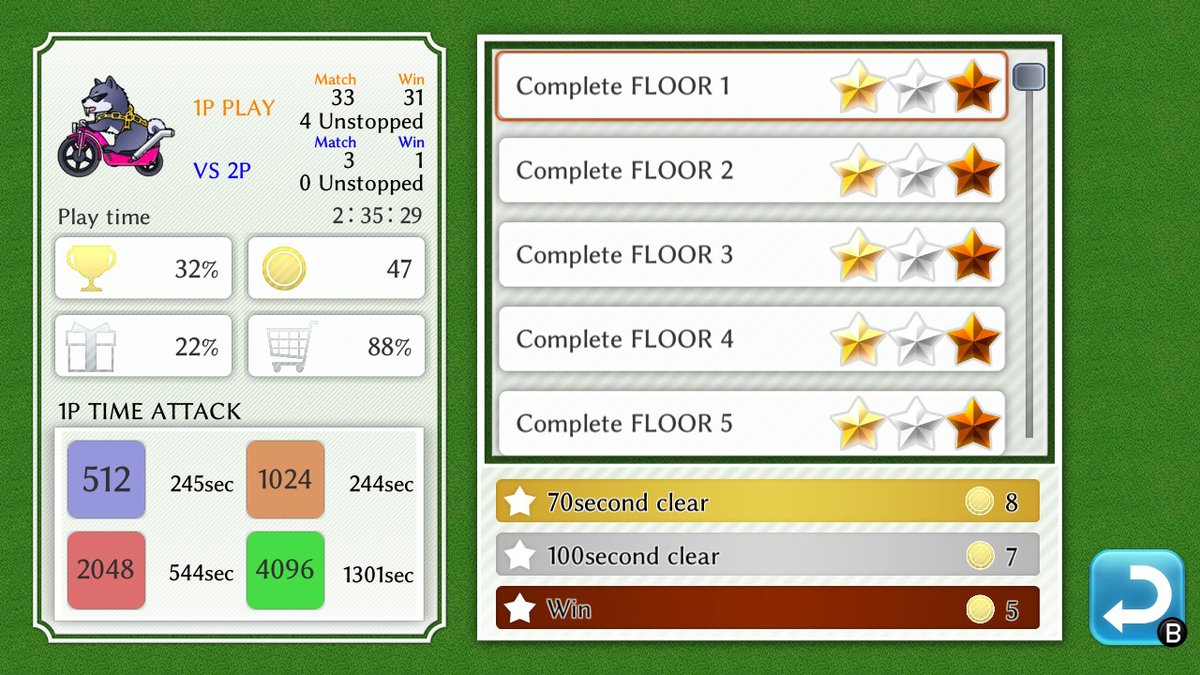 The two-player versus mode had the potential to be just as competitive and fun, too, but its incredibly flawed control scheme and handicap slider render it quite the opposite. As seen in the trailer provided on the eShop, the two-player versus mode is meant to be conducted with each player holding a separate side of the Switch, and as such the use of multiple controllers – except in the case of detached Joy-Cons synced to form one single controller in the mind of the console – is impossible. Don’t, therefore, be expecting to use your pro-controller unless playing alone – and don’t expect to be able to use the analogue sticks to control the direction of the moving numerical blocks, either, as – you guessed it – that doesn’t work either. Collavier explain this bizarre control choice by saying “if you play with your body in close contact [with someone else], the match will be more fun” [source], but honestly, it really isn’t. It’s just downright uncomfortable.

The handicap slider is flawed because, in practice, it gives the non-handicapped player an impossible-to-beat advantage by increasing the movement speed of their blocks and slowing down those of the other player. In this time-based versus mode, where getting the highest score depends on speed as much as skill, the player with slower-moving blocks has no chance of winning if the player with fast-moving blocks has even the vaguest idea of what they’re doing, as the blocks simply don’t move fast enough to get to the highest score even if masterfully directed. Not cool, Collavier. 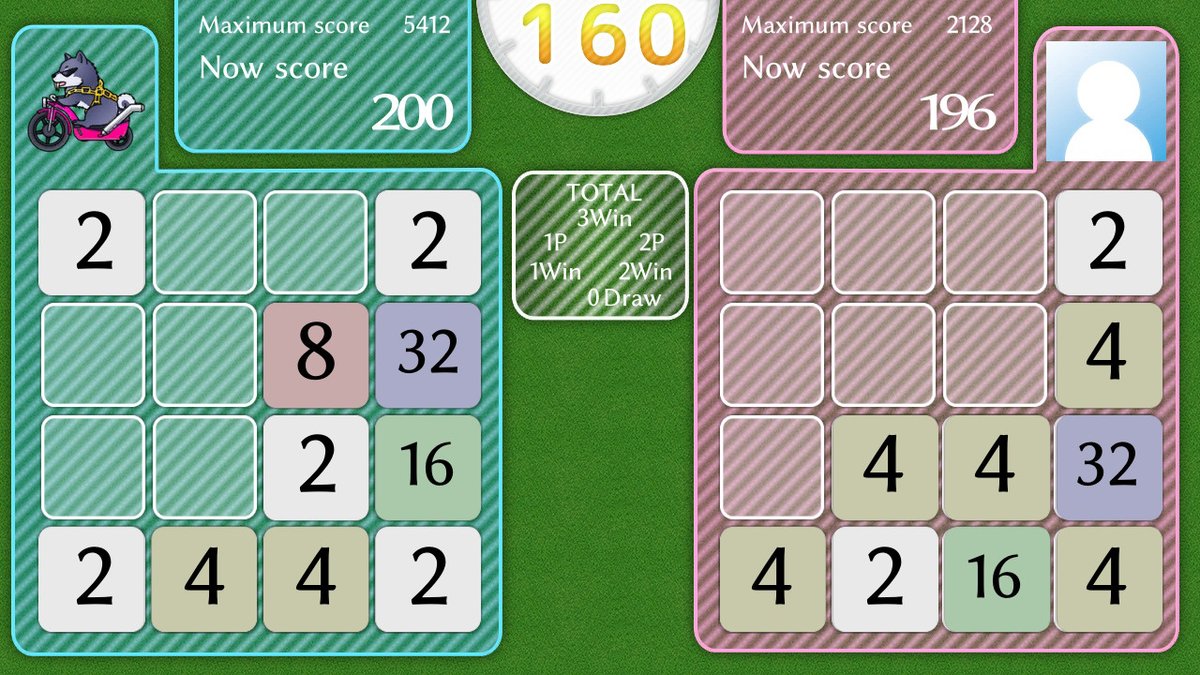 Similarly, what instantly struck (and annoyed) me about Physical Contact: 2048 upon opening the game up – even more so than its lack of an endless 2048 mode – was its poor user interface. Not only is its iconography very nondescript and its buttons unintuitive – I never would have found the 100-level challenge mode, for instance, had I not randomly tapped what I at first thought was just a random illustration of a doorway on the single-player menu – but the English translation for the game (the game offers Japanese and English translations) seems exceptionally flawed and low-effort due to being littered with grammatical errors and spelling mistakes, making the concept of the game difficult to understand for new players as well as navigate in general.

Equally, though background music was a welcome and pleasant addition to this traditionally silent game, Collavier surely could have settled for something that didn’t sound like a) the elevator music of a really dingy hotel or b) the exceptionally bland music businesses play when they put you on hold on the phone? It was actually quite off-putting to have to listen to such inconsistent musical accompaniments when progressing through the various levels and modes of the game. 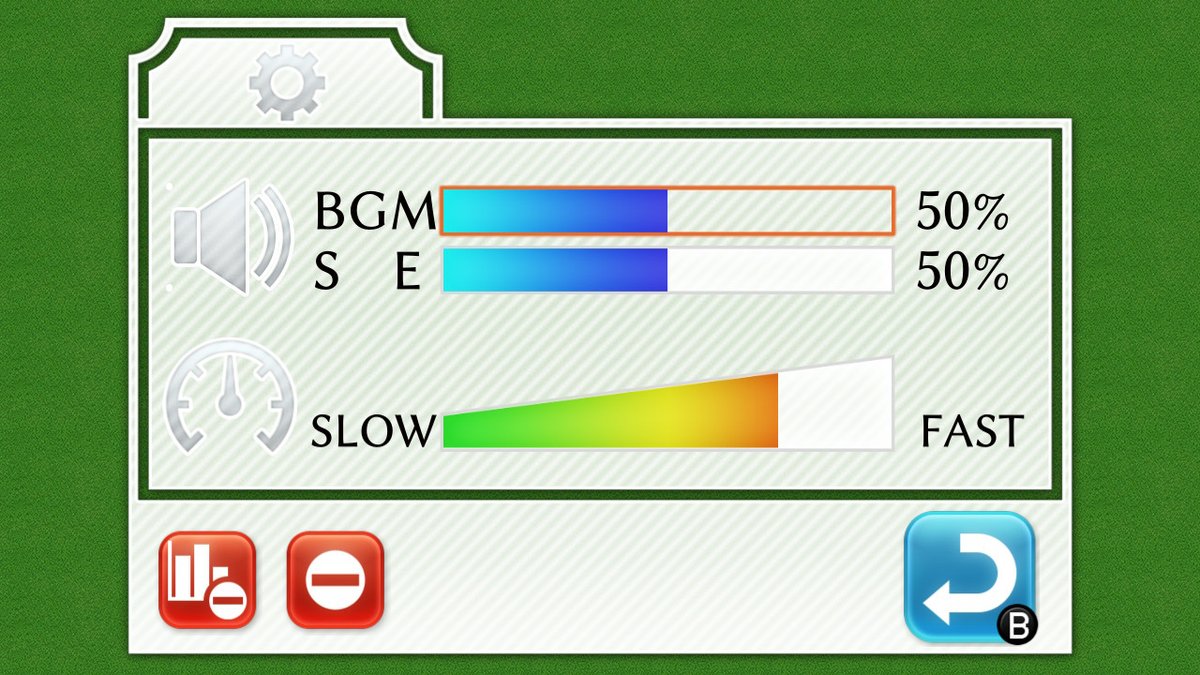 There are a few redeeming features to the game, however. The in-game options menu allows you to customise not only the volume of the background music and the sound effects but also the speed at which the number blocks coalesce on-screen (this only applies to single-player), meaning seasoned players of the mobile classic can play at high-speed while struggling players or newbies to the 2048 genre can learn the game at a slower pace. Additionally, the complete lack of creative visual design for the standard play screen can be somewhat rectified through the customisation of both your player icon and background, achieved by purchasing alternatives from the in-game shop using in-game currency earned through gameplay.

I say ‘somewhat rectified’ because the available options are tasteless and dissatisfying, to say the least; though the designs are varied and feature a variety of characters and textures, there’s simply no organisation or unity to them, and some are downright terrifying and disturbing in their own way. Good luck trying to find one that suits you and doesn’t make your head hurt after an extended play session. 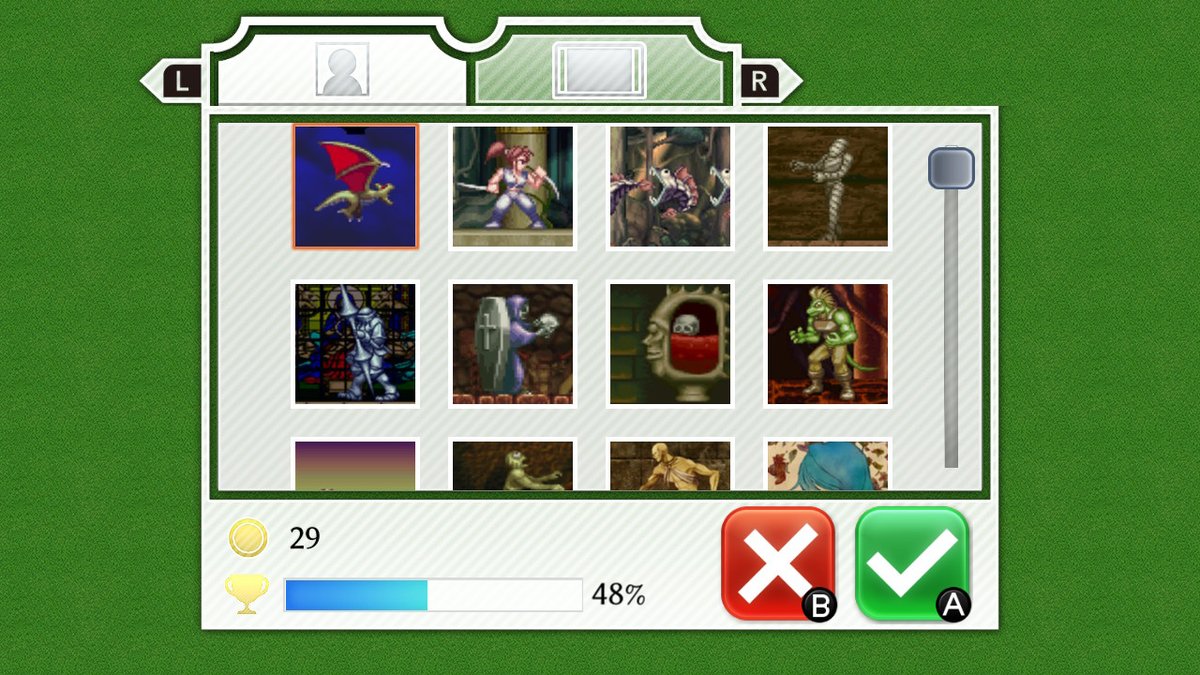 Overall, Physical Contact: 2048 captures the concept of the original 2048 but lacks much of what made it such a mobile sensation. If you’re a fan of 2048 and want to challenge yourself, the time-attack and challenge modes are great and replaying levels can easily consume several hours on your daily commute or a long car journey, but they’re definitely not worth paying £4.49 for when you can get the original mobile game for free.

You can read more about the game from its developers here, and view its page on the official Nintendo website here.

Physical Contact: 2048 boasts a number of game modes and customisation options, but lacks those which matter the most. Though the various score-based levels and time-attack challenges are fun, they’re soon completed, and when you can get the original mobile game for free, paying £4.49 for this will only ever be a highly-regrettable decision.