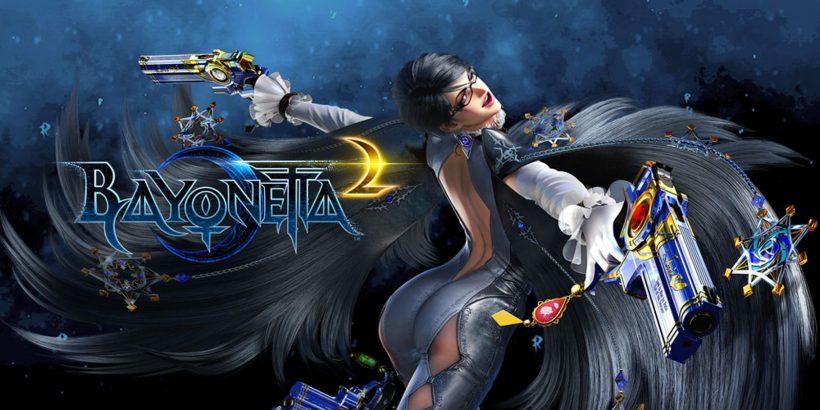 How do you improve on gaming perfection? How do you take a game that excels at both gameplay and longevity and take it to the next level? Well, in the case of Bayonetta 2, you make it bigger, bolder and more outrageously over-the-top than ever before, and it’s bloody brilliant. The once-exclusive Wii U sequel is without a doubt the best hack ‘n’ slash game ever created and a shining example of how to vastly improve on an already great experience.

Set just a few months after the first game, Bayonetta 2 kicks off in glorious fashion with our favourite Umbra Witch doing some Christmas shopping with fellow witch Jeanne and bumbling sidekick Enzo. After an attack from a group of angels, Bayonetta is thrown right back into the action atop a speeding fighter jet. Following a botched attempt to summon a demon in order to dispatch the game’s first boss, Jeanne is dragged into the demon underworld and it’s up to Bayonetta to embark on an epic quest to rescue her friend. From here, the game only gets more and more ludicrous, and the scope on display will take your breath away. 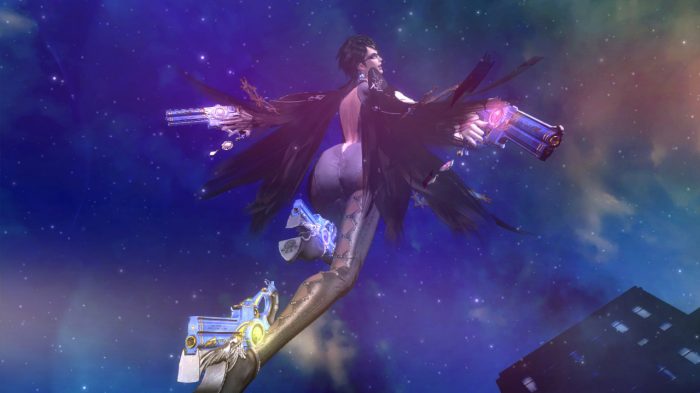 The gameplay in Bayonetta 2 is an expertly refined progression of the first game. Chaining combos together is easier than ever before, and soon enough you’ll be vanquishing enemies left, right and centre. Controlling Bayonetta is completely natural, and utilising her various abilities just feels right, from her acrobatic melee attacks to her ranged gunplay. The ‘Witch Time’ feature returns from the first game, allowing you to slow down time and dish out some brutal damage. Platinum Games have tweaked this ability to make its execution slightly easier than before, but you still need to be alert at all times if you wish to survive and rack up your combat score.

A brand new addition to the combat is ‘Umbran Climax’, an extremely useful tool for dealing absurd amounts of damage to your foes. Upon building up your magic meter to its capacity, you’re prompted to activate ‘Umbran Climax’ by pressing the L button – this will unleash the demons held at bay by Bayonetta’s hair and work them perfectly into the combat itself. Your punches and kicks will suddenly cover a much larger area, and even the game’s biggest enemies will be left dazed by the destruction you can bring with this ability. 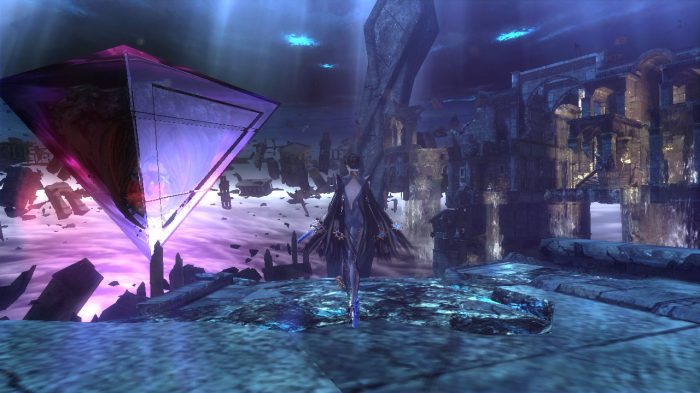 Thanks to the refined combat, the addition of ‘Umbran Climax’ and the tweaked ‘Witch Time’, Bayonetta 2 feels slightly more forgiving than its predecessor overall. Returning players, in particular, will breeze through this game if starting on ‘normal’ difficulty, but thankfully Platinum Games have added a ‘hard’ mode right from the start – a feature that was conspicuously missing from the first game. If you’re a veteran of the series, I’d absolutely recommend starting on this difficulty from the start if you’re after a bit more of a challenge. Once again though, a rating system is present throughout the entire game and is just as strict as ever. Reuse the same combos over and over, or take a significant amount of damage, and the game will punish you by awarding you with the dreaded ‘stone’ statue. With the ability to replay chapters, however, you’ll undoubtedly feel compelled to try again and again in an effort to improve your overall score and rating.

If there’s anything to complain about with the game’s story mode, it’s that the game’s plot is about as nonsensical as you’d expect. Much of it will wash over you, and the characters themselves are not particularly well developed. If I’m being honest though, you won’t be playing Bayonetta 2 for the storyline – the game’s strengths lie purely within its gameplay, and this is why you’ll keep coming back to it when you’re done. 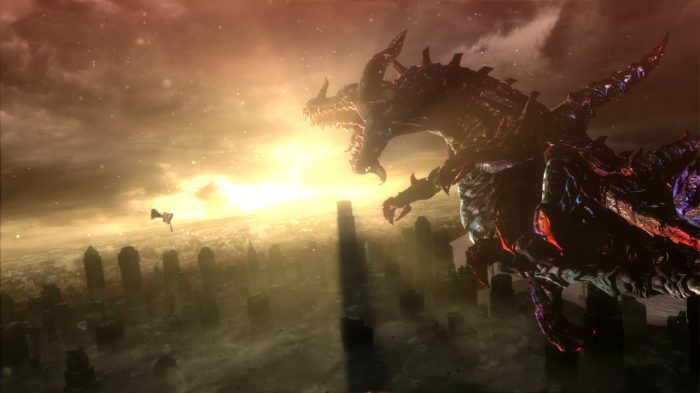 Progressing through the game’s campaign will also unlock bite-sized online sections to play with a friend. These consist of defeating a multitude of enemies and bosses within a confined space for the highest possible score, which is a nice little add-on, but nothing you’re going to particularly miss if you never bother with it. Additionally, you’ll also find some standalone sections within the campaign itself, each presenting very specific requirements for completion. Should you triumph, you’re awarded certain perks, such as an expansion to your overall health bar.

The Nintendo-themed costumes from the first Bayonetta return for its sequel. Additionally, you can also unlock a special Starfox costume complete with Arwing Lasers for Bayonetta’s guns. These complement a ridiculous amount of unlockables obtainable through the game’s store known as ‘The Gates of Hell’. By using the game’s currency of Halos, you can purchase new costumes, new weapons and various accessories to help you along your journey. New moves are also obtainable, and learning how to implement these into combat is a great way to increase your performance and score. Just for fun, it’s also worth pointing out that there’s not a single microtransaction in sight. 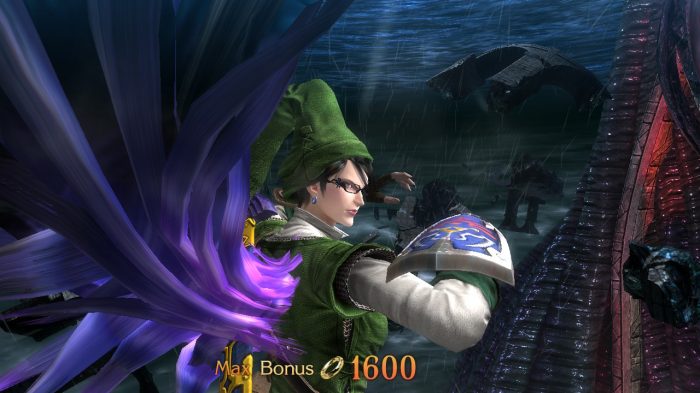 Visually, Bayonetta 2 almost makes a mockery of its predecessor – whilst the first game was marred by a consistently dull shade of brown, Bayonetta 2 bursts with vibrant colours throughout, with blues and purples popping from every corner of the screen. The character design has also taken a big step up – Bayonetta herself displays a more modern aesthetic complete with a pixie haircut, and her enemies are both bolder and more colourful than before. It really is a treat for the eyes, and it’s hard to imagine how Platinum Games can improve upon this for the upcoming Bayonetta 3. The game also runs at a solid 60FPS throughout, and the Switch version markedly improves on its Wii U sibling, making the overall experience even more impressive than before.

Bayonetta 2 is the absolute peak of the hack ‘n’ slash genre. By expanding and improving upon its predecessor in every conceivable way, Platinum Games have created a game of astonishing quality. The amount of polish on display is staggering, and upon completion, you’ll want to go right back to the start and experience it all over again. And again. And again…

It’s been an honour, Bayonetta. Until next time.

Whatever you’re playing right now, drop it immediately and buy Bayonetta 2 – this is a game of dizzying quality. Can a port win Game of the Year? Hmm… Food for thought.