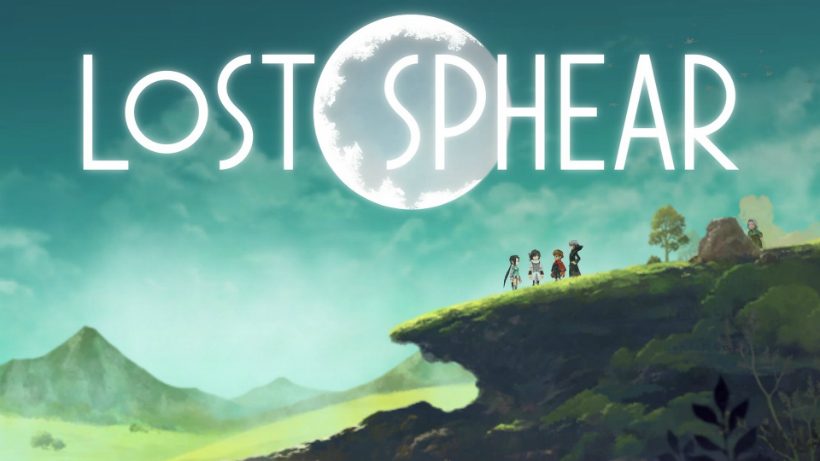 A cantrip down memory lane.

Several hours and quite a few more overwrought cutscenes in to Lost Sphear you will – while jogging over the delightfully random-encounter-free world map with your party members doing their best Abbey Road impersonation – happen across the tangled mass of wrecked vessels that is Shipsink. Pottering about these dark and damp hulks is a diminutive foe known as the pengy, which wouldn’t look out of place in one of the Madagascar movies. It was here, after suffering a hat-trick of defeats at the flippers of an embarrassingly small but deadly cadre of pengys, that the true nature of Lost Sphear stood gibbering squatly before me: it’s all about the combat.

Tokyo RPG Factory has been given an opportunity by Square Enix to revise its formula in crafting this follow-up to Switch launch title I Am Setsuna. Yet Lost Sphear sticks to its developer’s original mission and remains an ode to the style and tone of the SNES era’s defining JRPG, Chrono Trigger. This fresh take manages to be a substantially longer adventure than I Am Setsuna and, akin to Square Enix’s other series of sequels that stand by themselves, bumps total party size up to four. Throw some mech suits into the fray, a whimsical bestiary of monsters like the pengy and a laughably simplistic fishing mini-game that, frankly, takes the pisces, and Bob’s your kindly battle-hardened uncle. 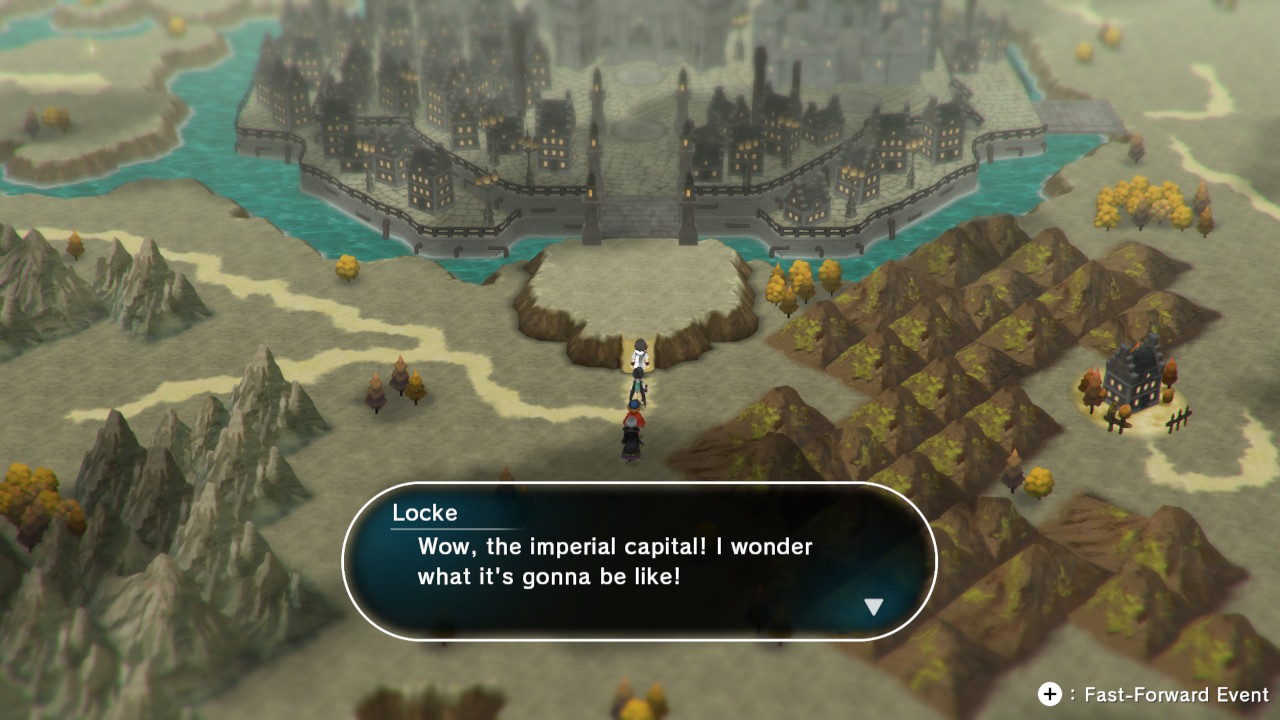 Except he can’t be, because most of your party are orphans. This is a mystical quest after all. Stoic protagonist Kanata, awkwardly brutish Lumina and sweetest-little-lad-ever Locke are joined by haughty Van to form a small band of warriors protecting the village of Elgarthe from wandering monsters. Monsters drop memories when they shuffle off and memories happen to be the animating force of the world Lost Sphear establishes, empowering a substance called spritnite that everything and everyone is made up of. Unfortunately, people and things are turning translucent white and becoming ‘lost’, the mighty empire is disappearing gradually and it isn’t immediately obvious who or what is responsible. It’s all good though because, when Elgarthe evaporates, Kanata discovers he can use any memories he finds to restore ‘lost’ things. So far, so Square.

At the core of Tokyo RPG Factory’s output sits a variant of Chrono Trigger’s legendary Active Time Battle 2.0 (ATB) system, which encourages character movement teamed with weapon areas-of-effect and special abilities. If you’re unfamiliar with this kind of combat then imagine a twin-stick shooter slowed down to a crawl and your attacks focussed towards the centre of the screen rather than radiating from it. Each character’s ATB gauge fills at a different rate, which then provides a window to fire off attacks and enact abilities gained through the use of spritnite. Add to that Momentum Mode for extra damage, spritnite sublimation effects, equippable vulcosuits with special powers, party-member swapping, elemental damage types… and, well, phew. Digging into the many combat options reveals almost too much is going on, but Lost Sphear takes time to introduce its mechanics and systems through story beats and helpful nudges rather than leaving us to figure them out. 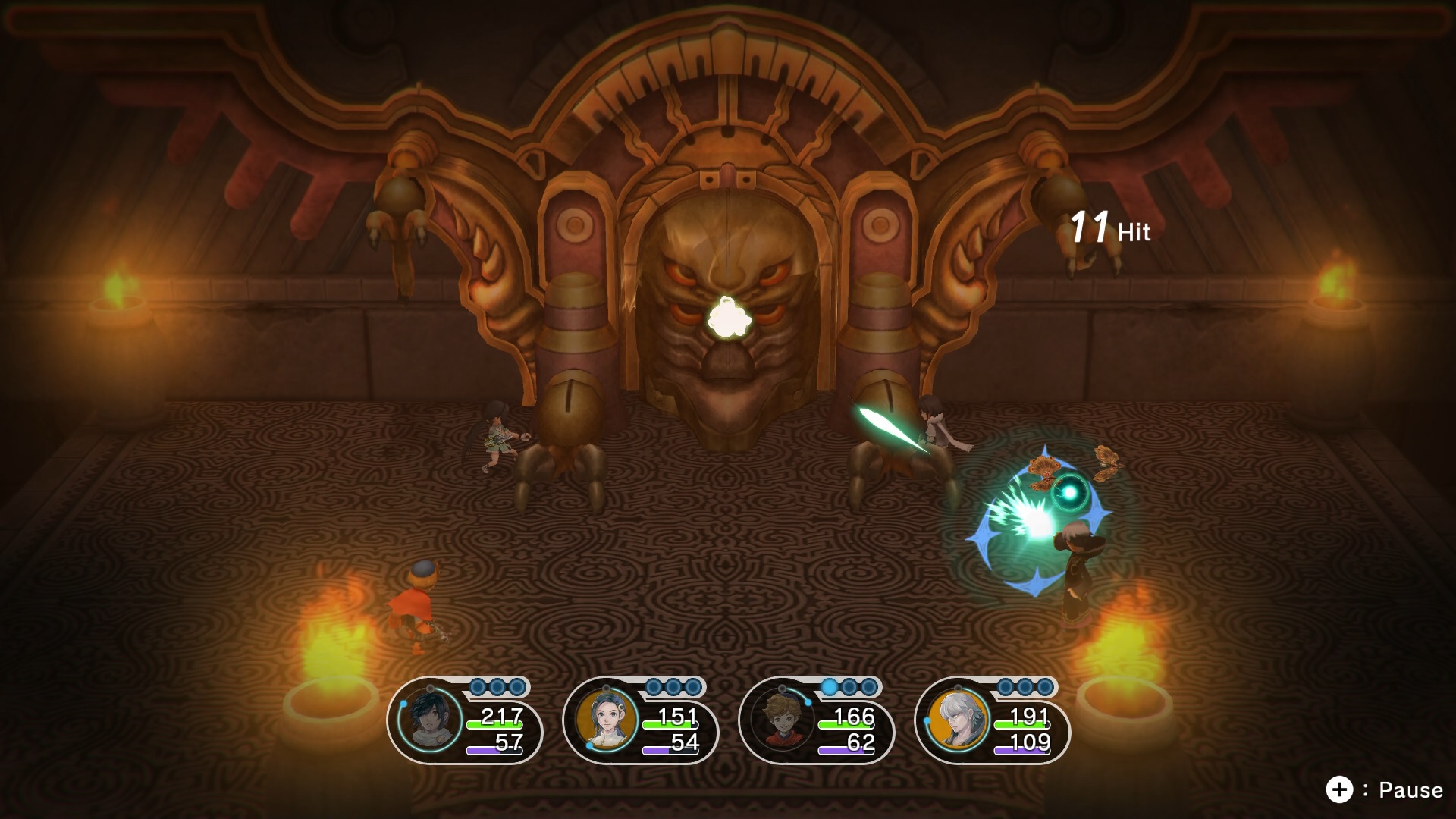 The grandeur of SNES JRPGs lives on in Lost Sphear’s presentation as well as its weighty combat and evocative storytelling. In this world mechs coexist alongside magical creatures, flying machines and galleons are amongst Kanata’s travel options and an industrial imperial capital is home to robots and phonebooths. At times it feels as though Tokyo RPG Factory has somehow managed to give form to the mythical Ultra 64 Final Fantasy that never was. Lost Sphear fosters a super-deformed steampunk aesthetic that makes it obvious the developer has worked hard to recapture that peculiarly Nineties gaming wanderlust in as many ways as it can, and some of its environments rival the best Square Enix has produced in style if not graphical punch.

Every good JRPG needs a heartfelt score that can get you pumped or teary-eyed from encounter to cutscene and back again; I Am Setsuna‘s composer Tomoki Miyoshi has returned for Lost Sphear with deftly balanced compositions that know when to be wistful, wacky or worrisome. The main theme proves a particular earworm and its gentle piano melody almost begs for Lost Sphear’s soundtrack to become a gem remembered fondly by Switch players years hence. If you like your character dialogue voiced then prepare to be disappointed, although battle shouts are a feature and spoken authentically in Japanese. 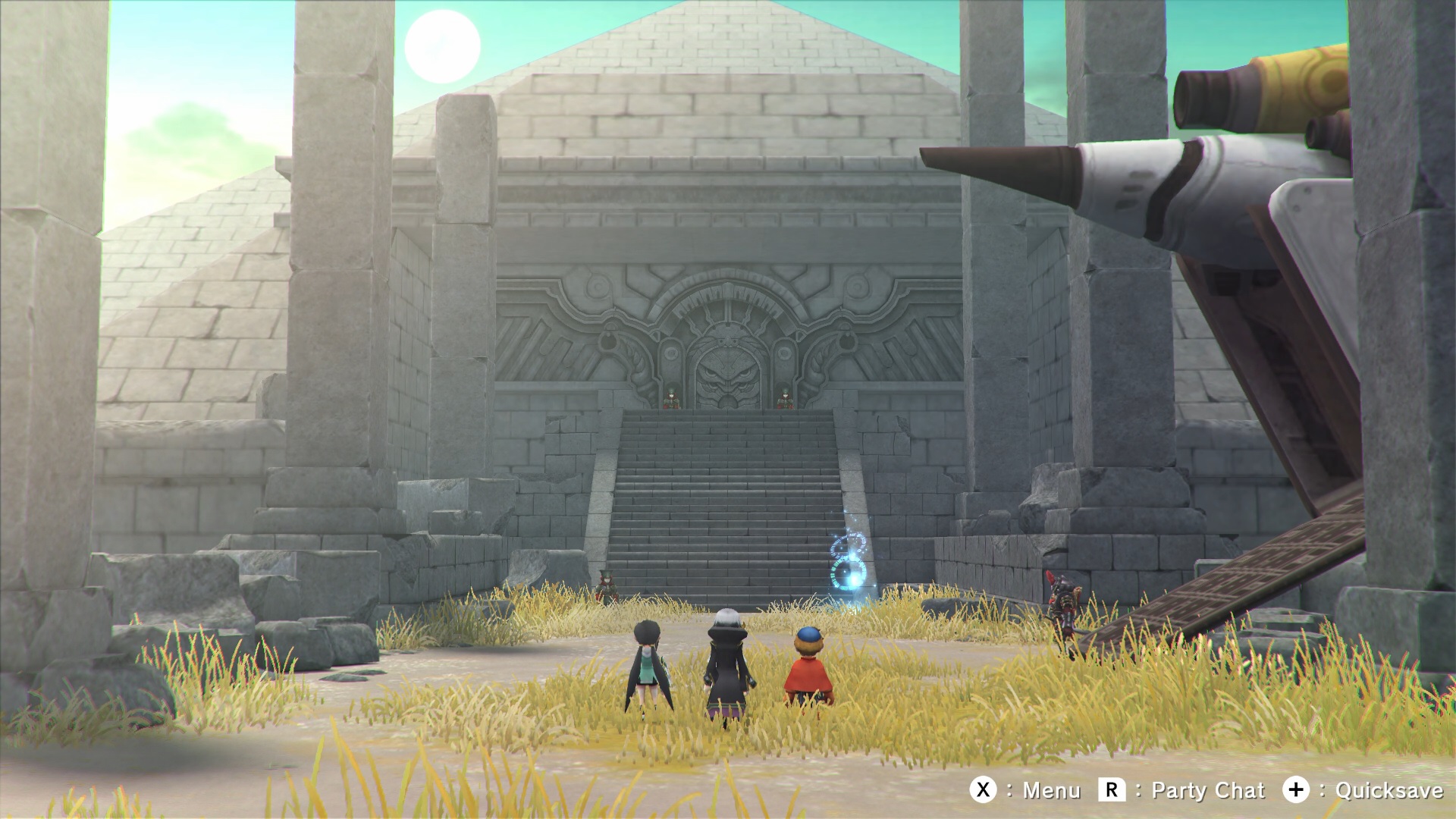 Appropriately enough considering Lost Sphear‘s preoccupation with reviving memories, its visuals, music and mechanics coalesce into an enviably solid construction that shows up how half-finished modern games often feel. Occasional minor animation stutters do crop up when things get a bit busy during combat but, if we’re being generous, this might be related to a suite of options in the battle menu that allow for movement animations to be turned on and off. Some of the game’s character, building and object assets are maybe reused a little too often in certain areas but this does at least give a sense of consistency to Lost Sphear‘s world.

The Switch is already laden with exciting Eastern and Western RPGs thanks to Breath of the Wild, Xenoblade Chronicles 2 and Skyrim. Lost Sphear offers something distinct that has been mostly absent from Nintendo consoles for decades, an absence perhaps felt most keenly by those now heading into middle-age. It’s a quest full of fond melancholy for a generation of Square games that we never saw come to pass. With its sophomore effort, Tokyo RPG Factory has manifested one of those missing classics complete with some flaws you’d expect from an old-school role-player, but they don’t detract too much. Players of any age will be equally charmed and then challenged when a pengy bests them for the third time in five minutes.

Ever wish you could bring a memory back to life? Tokyo RPG Factory has transplanted the essence of Chrono Trigger and other classic SNES JRPGs into a beautiful modern engine to revivify the Active Time Battle system for a new generation of players in the form of Lost Sphear.