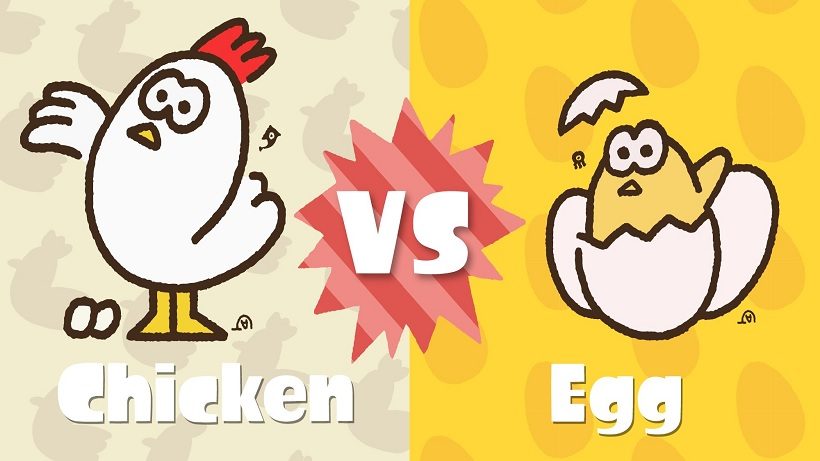 What came first, the chicken or the egg? It looks like after this Splatfest, we’ll finally have a definitive answer.

The next Splatfest topic has been announced by Nintendo earlier today over on their various social media channels, and this time it’s the age-old question of what came first – the chicken or the egg?

Splatoon 2 players will have the chance to finally determine the answer from 2pm next Saturday (March 10th) until 2pm next Sunday (March 11th), and will be adorning themselves in Splatfest t-shirts coloured in white/beige for the chicken and a bright egg-yolk yellow for the egg.

Don't chicken out of this egg-straordinary Splatfest! It's the ultimate question. Which came first – the chicken or the egg? ??

Pick a side and battle it out in-game from 14:00 (UK time) next Saturday! pic.twitter.com/Hq6CPKYyBy

The voting booth should already be open in Inkopolis Square, so be sure to head over there and choose your side as soon as possible. Until the Splatfest begins, my fellow Squid Kids, let us practice and prepare for the upcoming battle by honing our Turf War skills and milking Murch’s cheap Splatfest Tee-scrubbing service for all it’s worth!

Which side will you be on? Let us know down in the comments, and be sure to follow us here at Switch Player for all the latest Splatoon 2 news.