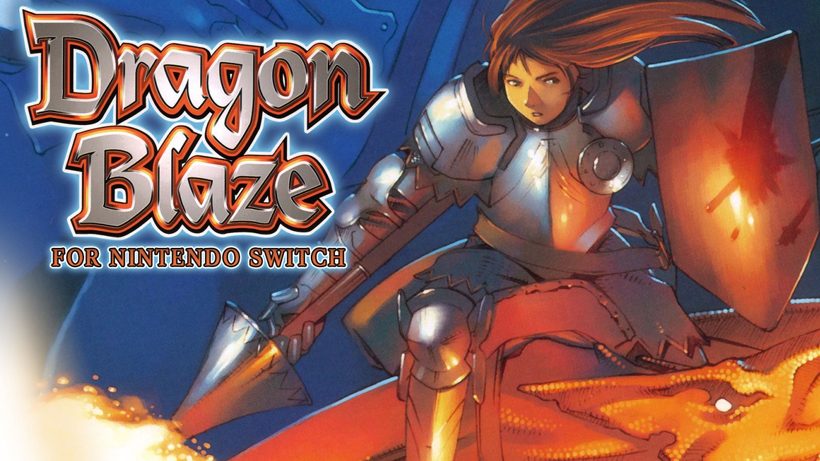 There are plenty of titles out there which offer a compelling shump experience with unique gameplay twists and impressive visuals. One recent addition to the Nintendo Switch lineup is the re-release of Dragon Blaze, a shump title that was developed by Psikyo. Originally released back in arcades back in 2000 the title puts players in control of dragons and riders in a intense and challenging scrolling shooter.

Dragon Blaze focus on the story of four magic stones and the gods of moon and sun that brought prosperity in the land of Megalith. Fast forward to the arrival of Nebiros and his armies, the times of peaceful and prosperous life have come to an end. This is where the journey of the players starts as the four dragon knights must save the day and bring peace to the world again. 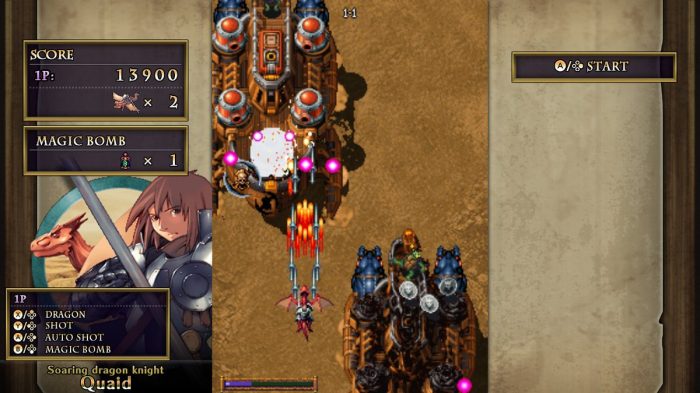 Each of the four knights is linked to a different element and offer a different way to play, each offering different ways to play with unique special moves and different patterns to their shoots. Managing the position of your character will be key in Dragon Blaze as the screen will quickly become full of bullets and enemies that are hell-bent on stopping you in your tracks. Tight controls, generous amounts of power ups and a variety of spreads to your bullets allow for an effective counter attack though.

Where Dragon Blaze shines is in how solid and defined the gameplay is even after eighteen years. Levels are interesting and challenging, controls are responsive and fluid, there is next to no downtime in the action and the different enemies all pose an interesting fight. The design of each of the bosses that you will encounter, along with their multiple stages, are also refreshing and fun to face off against. Making the most of your special move that has the power to clear the screen of enemies and bullets will be crucial in succeeding alongside also being visually pleasing to use.

Once more, Dragon Blaze can be enjoyed with a friend should you want to team up and go for the high score together. The title has kept it’s arcade roots with leaderboards and score tracking included, offering an adrenaline filled gameplay experience. Even during the more ‘bullet hell’ moments that the title throws out you, not once do you feel like it is being unfair on you, as you embrace the chaos and excitement and fly head first into the battle. 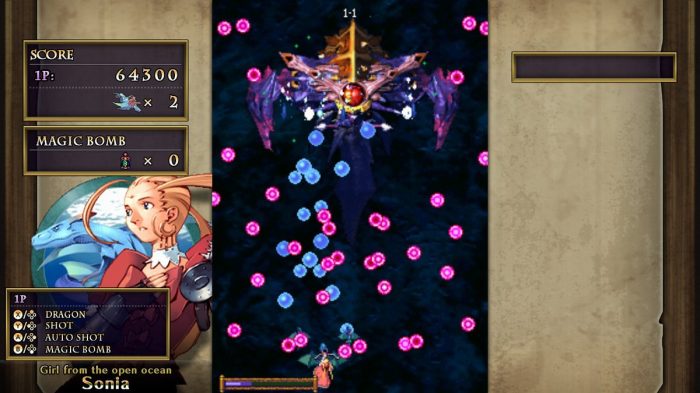 One extra detail that helps make Dragon Blaze a good title is the option to rotate the display to use the whole screen of the Switch for the gameplay area. This means you’ll need to rotate your Switch (or screen, should you want to) in order to have a completely immersive virtual shooter experience. It is a small feature but it adds a lot of value to the title

Compared to other titles in the genre that are on the Switch at the moment, Dragon Blaze is one that sits high up on the list of recommend titles. Even after eighteen years it holds up as an impressive, engaging and satisfying videogame which is definitely worth checking out. It might not be the most groundbreaking in turns of narrative but with superb gameplay, it honestly does not matter.

Dragon Blaze stands tall as one of the best shumps the Nintendo Switch currently has to offer, even eighteen years after its arcade release.