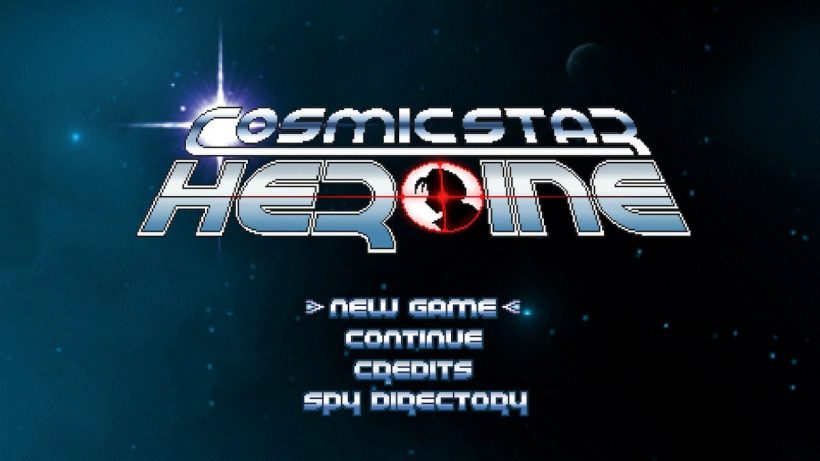 A chrono trip to the stars.

Back in the 16 and 32-bits eras, JRPGs were among the most prominent genres. With the passing of time, though, they kind of transformed into action-focused games – specially with the emergence of western RPGs. Nevertheless, games like Octopath Traveler proved that there is still a huge audience for a more traditional JRPG experience. If you’re one of these classic JRPG fans, then you need to know about the hidden gem that is Cosmic Star Heroine. 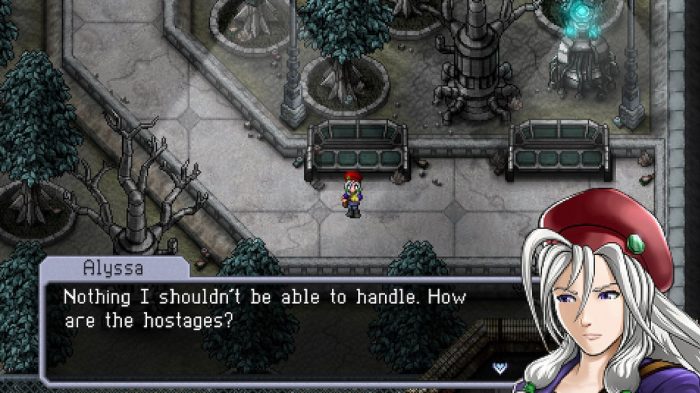 Embarq on Alyssa’s adventure on a cyberpunk interplanetary universe.

Set in a cyberpunk interplanetary universe, Cosmic Star Heroine (CSH, for short) starts with our heroine, Agent Alyssa L’Salle, in what seems to be another special mission. Her work at the ‘Agency for Peace & Intelligence’ leads into the discovery of an unethical and dangerous new technology, which sets a conspiracy in motion. In order to deal with this threat, Alyssa goes rogue with some of her partners, and they start an adventure through different planets, gathering other unusual companions along the way.

CSH’s main narrative isn’t too different from what you can expect from a standard JRPG. A big peril surges, and your party of well-intentioned heroes goes through many smaller perils, doing their best to deal with the situation. Here and there, some of these moments are presented with amazing animated pixel-art cutscenes (which adds a lot to the already enjoyable pixel-art style from the game). Different than older JRPGs, though, CSH is a fast-paced game, in which you’re taken from situation to situation with barely no moment to breathe – for the good and the bad. 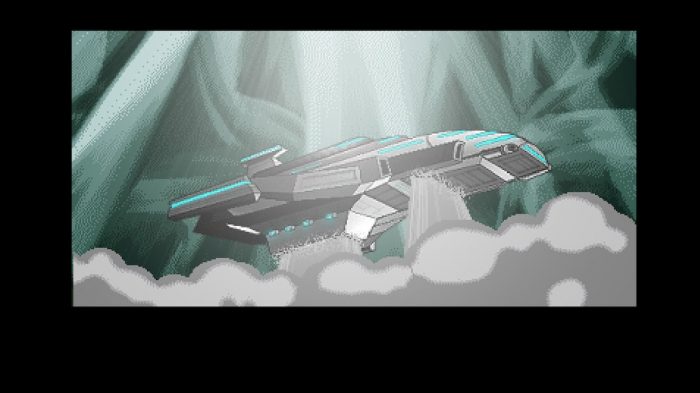 Animated pixel-art cutscenes adds a lot to the most important moments of CSH’s narrative.

The good part is that CSH doesn’t oblige you to do any grinding. As you explore the game’s world, you’re able to see enemies on the map. Reaching them triggers a battle (in a similar way to Chrono Trigger). Here is where CSH shines the most. It has a deep turn-based combat system, with some unique twists that makes every battle enjoyable. Instead of a mana bar, characters have abilities with limited uses. In order to recharge them, you must perform a specific move for each character, which has unique properties (like buffing, healing and others). In addition, you can use the game’s Style and Hyper mechanics to ramp up your damage. It’s a complex and enjoyable battle system, with lots to master.

Unfortunately, this ‘constant hurry’ of CSH comes with some minor drawbacks. At times, to game doesn’t give you enough time to actually feel its more emotional moments, because you’re pushed from place to place in no time. Consequently, despite having amazing characters, some of them aren’t as well developed as others. On top of that, CSH seems to be more linear than others JRPG, because some areas aren’t too open to exploration. 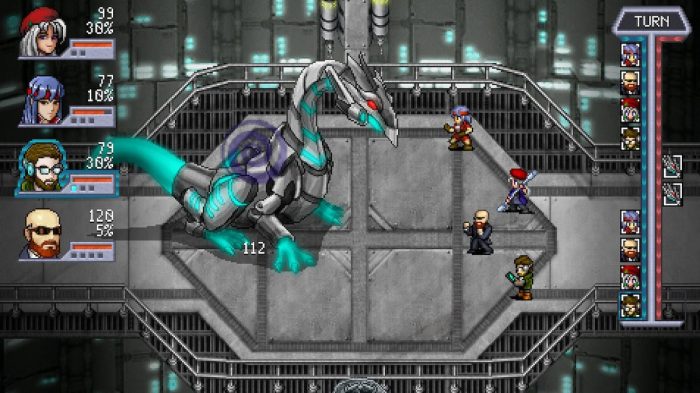 CSH’s turn-based combat is as fast as deep.

These are punctual issues, though, because most of my 12 hours of gameplay were enjoyable. Similarly to what games like Shovel Knight and The Messenger did to their respective genres, CSH managed to take inspiration from the JRPG from the past, but evolved the formula by stripping its more problematic and outdated elements. Consequently, CSH is a game that gives you the feeling of playing a long lost JRPG, but with the addition of modern game design improvements. Therefore, if you have any nostalgia towards the classic JRPGs, you definitely shouldn’t miss this game.

At a first glance, Cosmic Star Heroine is a throwback to the JRPGs of the past. With a superb pixel-art style, deep combat system and fast-paced narrative, it becomes much more than a mere homage.