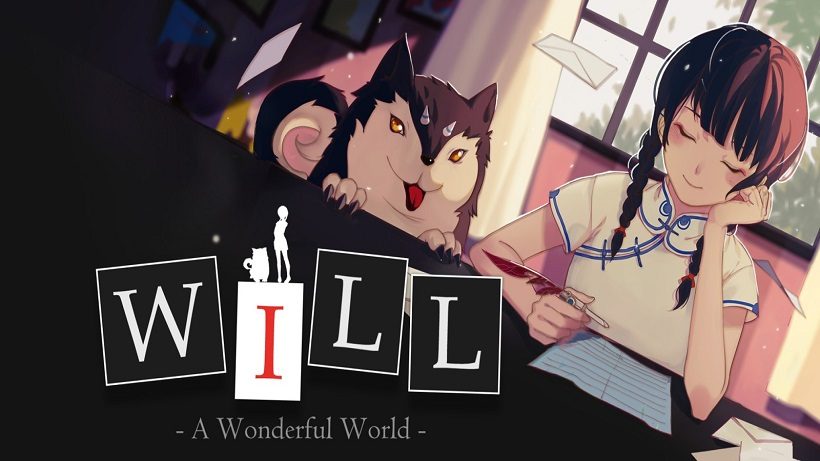 WILL: A Wonderful World is a collection of stories surrounding multiple individuals. Some of these interconnect forming a wider narrative arc resulting in three main plots and a couple of ancillary plots.

You play as a “god” whose job is to rectify the problems of those who write you letters asking for help. These letters come from the different individuals whose lives you’ll follow across the duration of the game. There is an overarching plot – albeit the loosest plot of the game – that provides the justification for the game itself and the actions that you as the player orchestrate.

These letters aren’t usually written by the individuals; it’s better to think of them as wishes converted to letters that enable you to read and interact with them; they’ve also been helpfully translated for you as well. You meet a somewhat international cast, albeit one predominately from East Asia, and whilst their problems differ, they each ultimately share the same dilemma: death.

At first, the dilemmas are mostly trivial; one person should’ve won a tennis match, another person wants to impress a girl he likes, and a cop accidentally sees his superior naked. Sure, these are things people will understandably want to change, but they aren’t a matter of life or death. Oh, how I wish this remained the case, for their sakes. As the different stories progress the default ending to each act will often either result in their death – in one of many excruciating ways – or something that will definitely result in long-term psychological trauma – this game gets dark, quick.

As a god, you save these people through the main gameplay mechanic. After reading a letter and discovering the unfortunate ending to the events described you are then provided with the opportunity to change the course of events. The number of text elements that can be changed vary across the stories, and branch out surprisingly early on so that you deal with two stories simultaneously (and sometimes three later on) where events that initially seem specific to one story becomes more appropriate in another, helping to save the day.

This core mechanic works well and keeps you engaged throughout, and given the dire consequences faced you do feel a need to help change things for the better, even if some of the male characters are idiots. However, the last couple of hours ramp up the complexity, requiring you to go back and alter the endings of specific acts to unlock the final acts for different stories. Working this out is not straightforward. The ending ties things up but ironically manages to detract from the core of the experience as a result.

The Switch is somehow still underutilised as a destination for visual novel games. Whilst we still wait for the heavy hitters to arrive, now is the time for new titles to try and gain our attention. WILL is not the most visually innovative of the genre, but the way it gets you to engage with the events that unfold throughout its sprawling narrative is just enough to set it apart from its contemporaries.

WILL: A Wonderful World

WILL: A Wonderful World is a solid addition to the Switch’s undersupplied library of visual novels. The core text moving mechanic is surprisingly engaging, but the consistent focus on some of humanities worst aspects gets a bit much after a while.