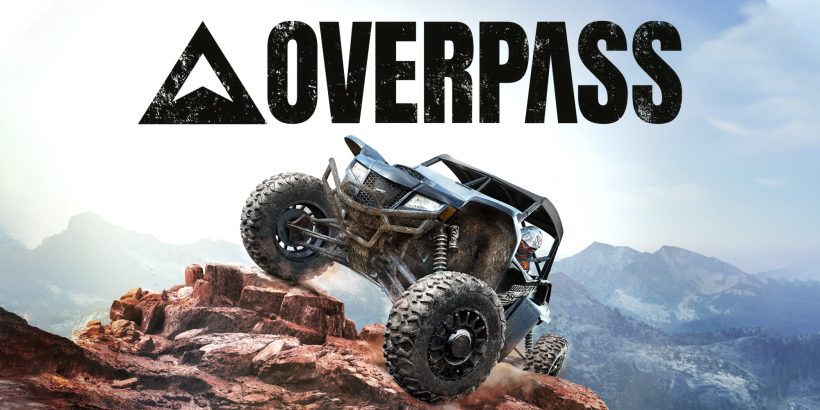 The only redeeming feature of BigBen Interactive’s latest racing release, OVERPASS, is the sharp and succinct User Interface. Even then, the sole purpose of it is to lure you into a false sense of security that this might actually be a decent port for the Nintendo Switch.  Unfortunately, for all intents and purposes, OVERPASS is a prime example of how a lazy port can leave players out of pocket and low on patience.

Sold as an extreme off-road racer that offers technically challenging tracks, powerful buggies and quads from major manufacturers, and realistic terrain physics, it would be remiss to not be excited for this latest release. After all, this is the development team that brought WRC8 and V-Rally 4 on to Nintendo’s hybrid – two games that are viewed rather favourably here at Switch Player.

It is with a heavy heart then that OVERPASS is declared a disaster. With seemingly little to no care taken over this Switch port and a retail price of £48.69 slapped on it to add insult to injury, it is a very disappointing racer. Everything from the underwhelming visuals to the shoddy performance and inadequate handling all contribute to a title that requires serious work before it is fit for purpose.

The premise of OVERPASS is one worthy of exploration, with UTVs and ATVs underrepresented on the Switch to date. They look the part, with Yamaha and Suzuki leading a roster of manufacturers that know how to design great vehicles. A few minutes behind the wheel will leave players wishing they had left them in the garage however, with the same level of detail failing to be applied to any other area of the game.

The visuals are distorted, distracting and disorientating, with terrain that is both blurry and flat. The developers have failed to capitalise on the Switch’s capabilities, instead creating landscapes which are difficult to see, let alone traverse. There are finer details missed, in particular how the vehicles seem to pass over water and mud without so much as a single spray of backsplash, yet these feel so inconsequential when the overall package is as poor as this.

A racing game can redeem itself if the handling is enjoyable, but alas, OVERPASS fails miserably here too. As well as feeling jerky and cumbersome to control, the vehicles don’t interact with the environment as they should. When the game penalises the player for every little misstep, this is more important than ever. Unfortunately, almost every corner and obstacle encountered felt like a chore and with a game that suggests it is steeped in strategy, the only worthy strategy was to turn it off. It seems many others have too, with no online multiplayer games found during my time with the game. For the first time ever, this was something I was thankful for.

If OVERPASS was an indie release from a small development team you may persevere with it in the hope of an update or two along the way. Instead, Switch fans could be forgiven for feeling insulted that their hard-earned money would be so carelessly taken in exchange for a sub-par experience that really didn’t need to be. If one thing has been learned during the Switch’s life-cycle, it’s that a port done well can flourish. We have GRID Autosport to thank for that and, even with the bar set so high, the standard of this one feels particularly low.

OVERPASS is a lazy port from an established team which will leave any Switch racing fan feeling disgruntled and disheartened. It could and very easily should have been much more, and in its current state, isn’t worth a second glance.