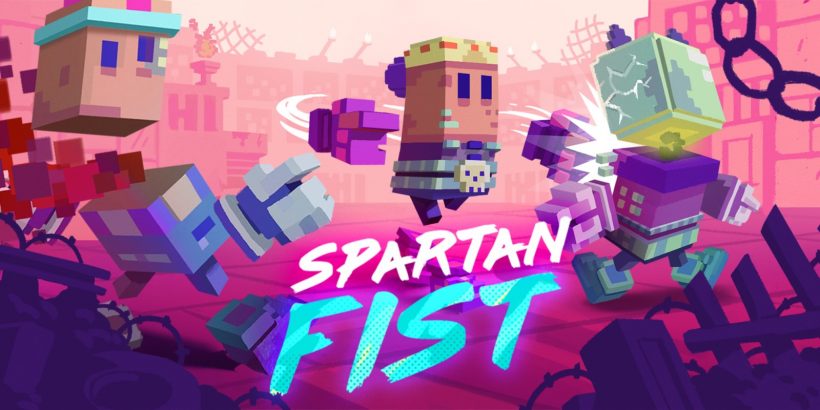 Spartan Fist is a unique game. I have never seen developers combine boxing with roguelike elements before, and so was very intrigued to see if it would culminate in a great game. Unfortunately, much like Blathers and bugs, or pineapple and pizza (controversial opinion, I know), these are two things that very much do not belong together.

The sole aim of Spartan Fist is to push through the gladiatorial arenas packed with thousands of adoring fans to reach the top and find the ‘Spartan Fist’. These arenas are procedurally generated and include traps, different enemies, and a boss in the final arena of each floor.

What is striking about Spartan Fist is its voxel-style graphics. Damaging characters felt rewarding, as seeing them bleed pixelated blood when damaged gave you an indication amid the chaos that they were injured, in a way quite similar to enemies in Paint the Town Red, another first-person melee game only available on Steam. Upon defeating the enemies, their bodies crumble to the ground, scattering random body parts across the stage that was again, much like how enemies in Skellboy behave once beaten.

Aside from basic health, special, and healing upgrades, there is a distinct lack of progression in Spartan Fist. New ‘fists’, as they are called, offer little difference in fights that usually devolve into spamming ZL and ZR until everything goes down. With little incentive to try out these new fists or their abilities, much of the gameplay feels too similar after only a few of the arenas, making it frustrating to proceed into the next level only to realise it is yet another arena and not the boss fight. Boss fights are an escape from the mundane beat downs in the arena, but once you figure out their simple attack pattern, are easily beaten.

When I first saw the trailer for Spartan Fist, I was instantly reminded of Wii Sports’ boxing mode, so I was quite excited to see Glass Bottom Games had also included motion controls as a way to control your fist-wielding fighter. This was a neat mechanic at first, but after experiencing some mild input delay and sore arms, I quickly reverted back to the more traditional control scheme.

The major issue I had with Spartan Fist was its auto-lock system. With this setting turned on (which it automatically is), the game will lock your screen onto the ‘nearest’ enemy for you to target. Problems arose when you had defeated one enemy and the camera quickly jumped across the arena to your next victim. This was incredibly disorientating, almost nauseating at some points, and made me barely able to play more than thirty minutes at a time. When I tried turning off the auto-lock system, the imprecise hit-boxes and nature of boxing means that you have to get incredibly close to enemies to do any damage made the whole experience quite frustrating, as hits would miss too easily compared to with the auto-lock on.

What complicates this for Spartan Fist is that this cannot be fixed with a quick patch or update but is an issue with the core elements of its game design. What started off as an interesting premise for a new take on the roguelike genre was quickly on the ropes after just a few hours of play.

Spartan Fist offers a unique, but ultimately flawed concept for a roguelike. The combat quickly becomes repetitive, leaving you hoping that good luck in the procedurally generated arenas will quickly lead you to the boss fights.