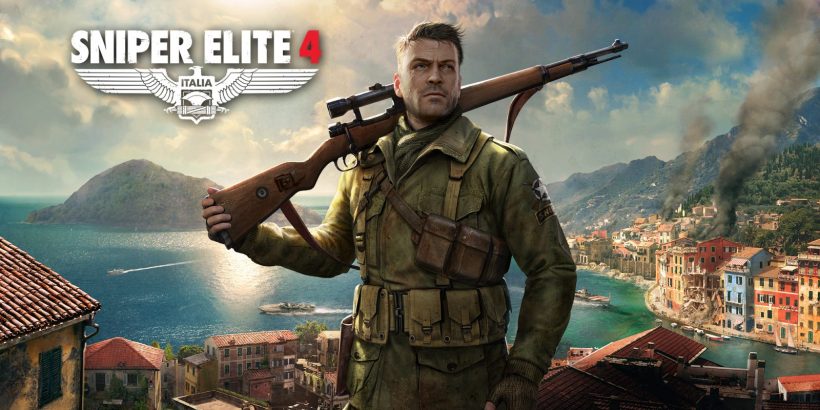 There was a time in gaming history where you couldn’t swing a cat without colliding with a game that was set during World War II.

The Nintendo Switch, for all of its thousands of games, is actually pretty underserved by the genre, what with the Call of Duty series having bypassed the system entirely and other shooters heading off to cover other periods of time. There’s a great case to be made, though, that the Sniper Elite series, and in particular Sniper Elite 4, serve up the greatest, standout Second World War gaming that the Switch has to offer.

While Germany is the core focus of the majority of World War II games, for obvious reason, Sniper Elite 4 instead turns its attention to Italy, and tasks you with a one-man liberation mission to free the country from the clutches of fascism. Levels are detailed and feel quintessentially Italian – expect to make your way through seaside towns, churches and cathedrals in an in-game world which does really well to feel quite so alive.

For those new to the Sniper Elite series, this is not a game where you’re simply rooted to one sniper spot, trying to pick off all of the enemies from afar. No, this is a game which blends sniper play with moving around a map, completing objectives and engaging in close-range and hand-to-hand combat. The emphasis always begins with stealth, and usually ends up with you going all-guns-blazing, so think of it as a combination of a spy-based Metal Gear with a traditional Call of Duty game, but from a third-person viewpoint. Those who’ve played a Sniper Elite game before, however, will find things very familiar. Treat it as a continuation of previous Switch efforts Sniper Elite V2 Remastered and Sniper Elite III Ultimate Edition rather than an all-new take.

So what can you expect this time? Well, as is always the case in this series, you’ll have a combination of essential objectives to complete alongside a set of optional ones. These can involve retrieving documents (all clearly glistening in amongst their environments, but often in not immediately obvious locations), killing certain enemies, or destroying enemy guns and vehicles. There are a bunch of documents to collect in each level regardless, which can be either just laying around the level or which must be collected directly from enemies once you kill them. For that reason, killing every single enemy and searching their bodies afterwards is highly advised.

Enemies come in a range of classes – there will usually be an officer in a close-knit group of enemies, who nine times out of ten will yield a document when searched. Then there are radio men who call in for reinforcements if not taken out quickly enough, and flare guys who call for airstrikes on your location. Often the trickiest are enemy snipers, whose glint will illuminate the screen to let you know that you’re in their sights, and taking them out will require either some clever sniper work of your own, or the wherewithal to make your way towards their position and catch them by surprise.

Vehicles play a big part in the threat, too. A lot of levels will have enemies circling the circumference on a speedboat, while tanks, both moving and stationary, are an obvious threat. Smaller vehicles like trucks and cars can be used to your advantage, however. Hit them right in the fuel tank and you’ll watch the vehicle quickly blow to kingdom come, which can be of particular use if that vehicle is a moving one full of reinforcements. Other objects, like cable pulleys and explosive canisters, can also be shot to take out multiple enemies in one go. Sniper Elite’s ranking system, which rewards you with handy perks for use in the single-player game, awards more points for double-kills and other multi-kills, and also rewards you well for headshots, shots to vital organs and, yes, even a shot to the balls.

And, you know it, the kill-cam is back. It shows you your finest sniping efforts in slow motion with an x-ray scan of the poor victim so you can see just how much destructive damage your single bullet dealt. In fact, the camera work is very good throughout – a click of the right stick allows you to use binoculars to scout out an area, and tag points of interest including enemies and explosives. It can be a bit of a pain in the ass when you see a perfect sniping opportunity using the binoculars, try to aim down the sights with ‘ZL’, and then be dismayed as you miss your chance – you need to click the right stick again in order to disengage the binoculars so you can shoot – but that’s the only major irritation I found during my time with the game. You’ll need two Switches for local multiplayer, which is certainly a bummer, but at least it’s included, as is online multiplayer allowing both co-op and head-to-head.

Sniper Elite 4 is quite possibly the Switch’s finest tactical shooter. It really takes the player in and delivers immersion throughout, and with its huge levels and nooks and crannies to explore, you’ll be spending a long time with it.

Sniper Elite 4 is a joy to play. Even as we approach four years of the Switch, it has been under-represented in terms of realistic World War II-focused shooters. This satisfies that itch and then some. When levels are over an hour long but you never get bored, that’s a marvel.