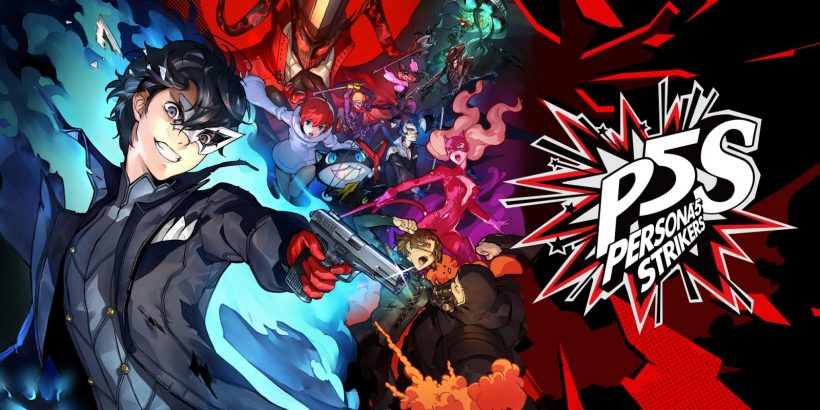 At this point, Persona fans may be somewhat comfortable with how the franchise gets new iterations over time. After all, the series has included re-releases and spin-offs of all kinds, with rhythm titles, fighting games, and even old-school dungeon-crawlers. Unfortunately though, as much as these spin-offs allow for a new take on that beloved franchise, none of them feel like a true Persona experience — at least, until now.

Different from these other spin-offs, Persona 5 Strikers feels, looks, and actually works as a direct sequel to the original Persona 5. This time, however, a fundamental change has been made to the game’s core combat. Instead of the usual turn-based system, your encounters with the perilous shadows take place in a musou-style action format. Don’t let that difference discourage you, though. Even if you’re the kind of person that doesn’t enjoy the musou genre, you may be taken by surprise by how similar Persona 5 Strikers is to its predecessor.

The similarities start with the very structure of the game. The narrative takes place just after the events of Persona 5. The Phantom Thieves are reunited once again and, without the threats of the Metaverse (a kind of parallel reality based on people’s distorted desires), they can finally continue their normal teenage lives. So, in order to enjoy their short reunion, they decide to enjoy the holidays with a trip over Japan. However, things take a different turn when changes of hearts start happening again. Their road-trip adventure then becomes a journey to uncover the mysteries behind these new weird phenomena.

I won’t go into further detail, but people who enjoyed the original Persona 5 narrative will definitely love what Strikers has to offer. The whole adventure of Strikers helps to develop each of the Phantom Thieves even more, all while presenting new places and interesting characters. The only weird aspect of Strikers’ narrative lies in how Atlus have explored the franchise. Persona 5 Royal also features a post-game narrative, but one that is entirely different from Strikers. In the end, we have two entirely different narratives that are both amazing thanks to their own specifics.

Now, the combat. Probably the most controversial aspect of Strikers. After all, it is hard to argue that nothing is lost if you change the top-notch, turn-based combat of Persona 5. Despite these negative expectations, though, the combat of Strikers is incredible — not necessarily due to how it uses the musou formula, but in fact thanks to how well it adapts elements from the Persona series.

For starters, you could say that Strikers is the least musou game of the musou genre. Different from other adaptations such as Fire Emblem Warriors or Hyrule Warriors: Age of Calamity, Persona 5 Strikers doesn’t feature huge battleground maps. Instead, each dungeon area provides a series of single encounters with a few dozen enemies. Thanks to this, even though the combat takes place in real-time, it still feels like you’re playing the same JRPG. To make things even better, on top of that you have adaptations of the many elements that make the combat of the original Persona 5 worthwhile.

In the dungeon itself, for instance, you can catch enemies by surprise to gain an advantage in battle. After that, it is up to you to learn how to use the best characters for each situation. The Phantom Thieves don’t fight alone, as each has a Persona (the manifestation of their own cognitive beings) with specific strengths and weaknesses. The same applies to the shadows. Using the correct element, such as fire, ice, or wind, you can really turn the battle in your favour, opening enemies up to a combined all-out-attack. Another element that transforms the combat of Persona 5 Strikers into an enjoyable mix of action and strategy lies in how you can change between the four characters in your party, with a single press of the directional buttons. With that, you can create complex combos utilising every single character, including their own special powers.

To tie up Strikers as a truly faithful Persona experience, the game is entirely portrayed with the same cell-shaded art direction, which even includes a new set of stylish UI elements. The soundtrack is also superb, as it’s composed of a perfect mix of new songs and incredible remixes. Different from other musous, Persona 5 Strikers comes with almost flawless performance, and I didn’t notice any frame drops during my 40 hour playthrough. If I want to nitpick, there were some pop-ins on certain maps, and the graphics can be a bit sharp in handheld mode at times, but nothing that hurts the experience in any way.

In the end, Persona 5 Strikers is much more than a mere spin-off. Even with its many differences, it can easily be considered a true sequel of the Persona 5 game. This is the perfect excuse to spend more time with those beloved characters and, just like in the end of the original game, I was a bit sad when I had to say farewell to the Phantom Thieves of Hearts.

Much more than a spin-off, Persona 5 Strikers is a worthwhile sequel of the original game. The action-style combat feels at home thanks to many adaptations, and it was great to spend more time with these beloved characters.