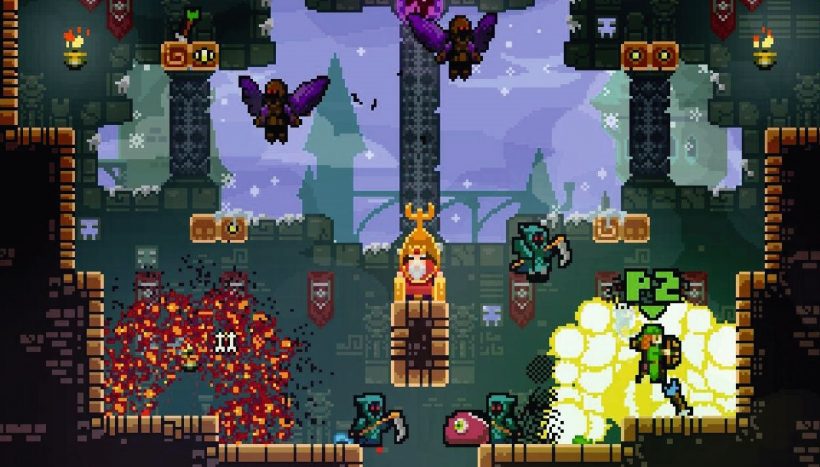 Get your archery combat fix with TowerFall on the Switch.

We recently revealed that Celeste, the latest title from Matt Thorson would be heading to the Nintendo Switch and at the bottom of that post asked if you’d want Towerfall on Nintendo’s new hybrid; Matt Makes Games must have been listening as the man himself tweeted this out in the midst on Nintendo’s “Nindies Showcase”.

Yep, that's the TowerFall logo hiding up in the top right 🙂 it's coming to Switch! https://t.co/4IiedzLsXQ

TowerFall is described as a “archery combat platformer” and is a local party game for up to four players, and features “hilarious” and “intense” versus matches. With simple and accessible gameplay but with ferocious and rapid battles, playing with others is the best way to experience it. It’s also something I thought would be perfectly suited to the Joy Con sharing mechanic we’ve become familiar with.

Other than sneakily being on the image illustrating the wide range of indie titles heading to the Switch, we don’t know anything else about TowerFall at this time, but we will bring you more news as we have it!

Are you excited by the news?