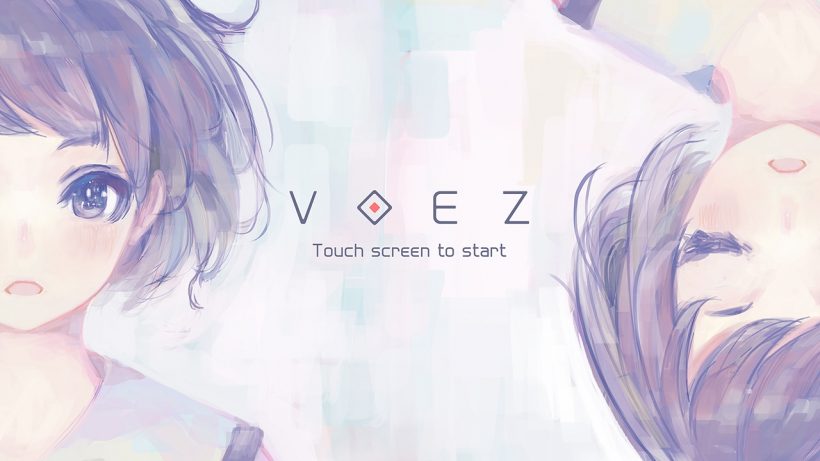 The first portable mode only Switch title is coming to Japan at launch.

Flyhigh Works and Rayark are bringing the touch-focused rhythm game Voez to the Nintendo Switch this March, going portable mode only in its jump from smartphone to proper console. At launch you’ll be able to play 116 songs across all genres (including the Switch-exclusive “Ascension” by Xi), the choices coming from both Japanese and Taiwanese sources. Additional songs are planned to be added via free updates, so keep an eye out if this one’s for you.

As for the difficulty, you’ll get the usual easy to hard range, but you’ll also get “special” as well. There will be many different songs and levels for any sort of player, meaning you’ll be able to enjoy Voez whether you’re a rhythm game beginner or a note-tapping champion.

Looking to how Voez plays, the music bits spread the screen into lanes – diamond-shaped note icons descending upon you from the top of the screen. You’ll tap, hold, and swipe at the notes as they meet a bar at the bottom of the screen; the lanes oscillating left and right to the beat. Aside from the music bits however is a story portion, where the tale of the six boys and girls that make up the namesake band “Voez” is told.

Get a better look at Voez below, via a teaser trailer and some debut screenshots.

Voez is currently around 99% complete and will launch via the Japanese eShop March 3rd, priced at 2,314 yen (2,500 yen with tax). The Japanese release will support English, Japanese, Traditional Chinese and Korean languages – so this might be one of the first reasons to grab a Japanese region Nintendo Account. 😉

That said, there are conflicting reports out there about a possible Western release – so we’ve reached out to find out more. If it turns it to be on its way, we’ll be sure to let you know.