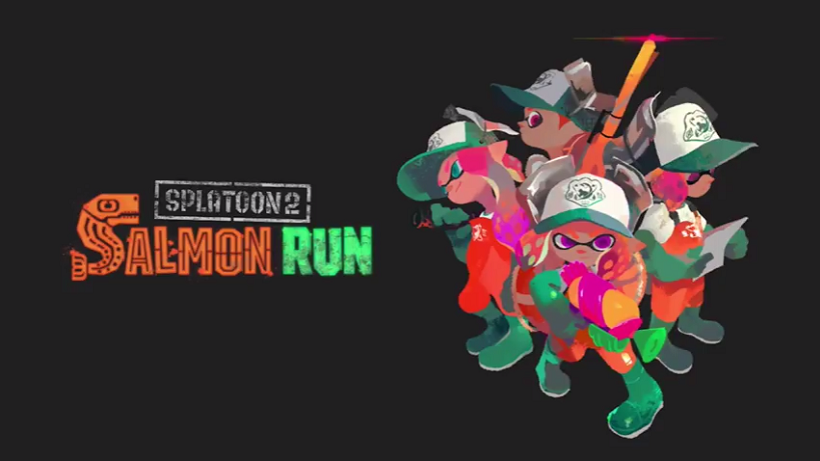 According to information from Nintendo’s latest Direct, you’ll be playing a whole new Splatoon – possibly in a whole new way – this July.

New to the modes roster in Splatoon 2 is “Salmon Run” – a collection game where you defeat strong enemies and take their golden eggs to win. In a twist of the game’s usual style, it’ll feature waves of enemies and a unique “lifesaver” feature where downed players must be revived by others. Enemies in this mode are currently set to include the likes of “Chum” and “Steelhead” types, with the former more like soldiers and the latter more like elite warriors. Oh, and did we mention rewards? You’ll of course be rewarded for your efforts, though exactly what the reward is has yet to be revealed…

Additionally, there have been some cool new features added with regards to amiibo. Three new amiibo will be added to the roster alongside the game’s release, and these amiibo will allow you to store your favourite outfits, weapons, options, and gear for quick access both at and away from home (like at a friend’s house, or tournament). This feature will work with new and old Splatoon amiibo, so keep the classic ones on hand if you’ve got ’em!

Finally, it seems that amiibo will generate “friends” in game that may award you special gear, so keep a look out and use them often! Photos of you and your amiibo friends will even be available via the game’s new photo features, and will of course be shareable on social media should you choose to.