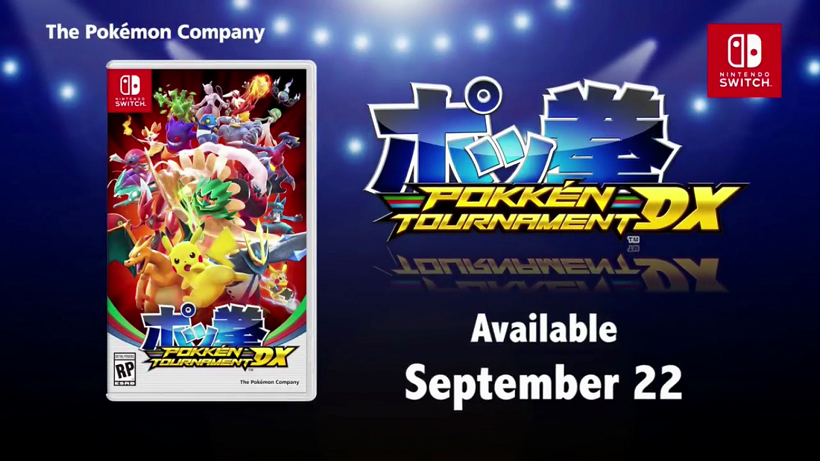 Based on the Wii U version of the game, this upcoming Switch release will be enhanced with five brand new characters (Darkrai, Scizor, Empoleon, Croagunk, and Decidueye), bringing the roster total to twenty-one. There will be three on three tournaments added, and I’d wager it’ll even look better than its predecessor. 😉

Plus, it’ll offer gameplay anywhere with single Joy-Con action and tabletop mode, though it’ll be able to be hooked up in TV mode just fine, and you can play by yourself in handheld mode as well.

A version of Pokken Tournament that you can play wherever, Pokken Tournament DX looks to offer much of the same great action as its original Wii U version – but with the option to play when, how, and with whoever you want to. While it’s not the rumoured “Pokemon Stars” we’ve all been hoping for, it should hold us for now… right?

Pokken Tournament DX is due out September 22nd worldwide. Mark those calendars!