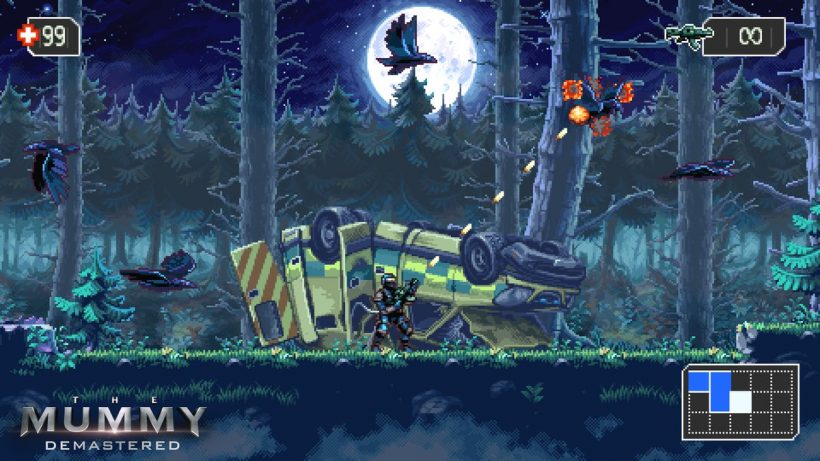 A movie tie-in is headed our way late next month.

Coming our way via WayForward – who just released Shantae: Half Genie Hero on our platform – is The Mummy Demastered; a tie-in game borne from a partnership with Universal Pictures. It’s a platforming adventure game, and it’s set to launch late this August.

In The Mummy Demastered, players will take up the mantle of an elite Prodigium agent – tasked with taking down Princess Ahmanet’s army of undead warriors. You’ll explore forest style areas, military facilities filled with mazes, and the sand-swept streets of London; all in an effort to save the world.

So are you up for it, or do you need your mummy? Sound off in the comments below 😛