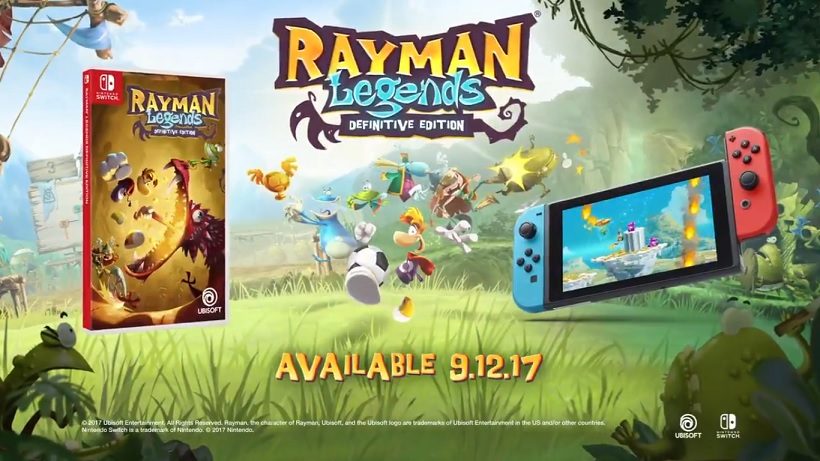 It looks like we’ll officially be seeing Ubisoft’s Definitive Edition this September, and that demo we got an early taste of the other day is coming back around as well.

According to Nintendo and Ubisoft, it looks like the eShop date recently listed for Rayman Legends Definitive Edition is indeed an official date – and the game will be headed West on September 12th, 2017.

It’s then that you’ll be able to get your hands on the game and take on its four player local wireless multiplayer mode, or have fun swapping from docked button controls to some touch-based handheld ones. Cut ropes, take out enemies, and even play the soccer-inspired Kung Foot mini game if you wish; the world of Rayman Legends is your oyster!

Don’t believe me? Take a look at the announcement tweet and its brand new trailer below.

Rayman Legends Definitive Edition surfs onto #NintendoSwitch on 9/12! A demo will be available later this summer. https://t.co/lR8VwmK2wk pic.twitter.com/zlYRDiOVYZ

…but what about that demo that was briefly live in Europe?

Well, it seems that was a bit of the old gun-jumping. While there is a demo set to drop this Summer, it wasn’t supposed to be available – so if you picked it up (like I did) you’re simply lucky to have done so. 😉

So Rayman Legends Definitive Edition is headed our way on September 12th, and the game’s demo should hit (officially) sometime this Summer. Are you in, or what?