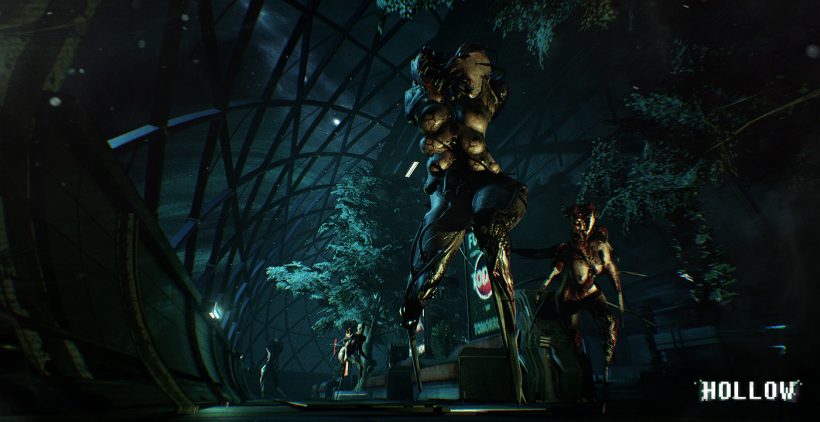 Forever Entertainment is becoming one of the most regularly mentioned publishers surrounding the Nintendo Switch at the moment, with a whole selection of games – such as Prodigy and Violett – already promised for the console. Now we have news of yet another release; Hollow.

Hollow is a sci-fi horror game in which you explore a derelict mining facility in orbit around Jupiter. Developed by MMEU, it features open battles, the ability to use the environment to your advantage, puzzles, and “in-your-face” gun combat. Sounds intriguing, don’t you think?

Taking on the familiar ‘AAA game’ set-up of dramatic visuals with a melancholy, female-led pop song, here is a Nintendo Switch version trailer for the game thanks to Nintendo Everything;

Should you be interested, the publisher has also posted this 20 minute long gameplay trailer of the PC version on their YouTube channel. Naturally with the game being a horror, there are some scenes which may not be suitable for a younger audience.

This could be a very exciting title for the Nintendo Switch, adding to the relatively short list of horror games currently available on the system. Does Hollow seem like a game you might be interested in? Let us know!