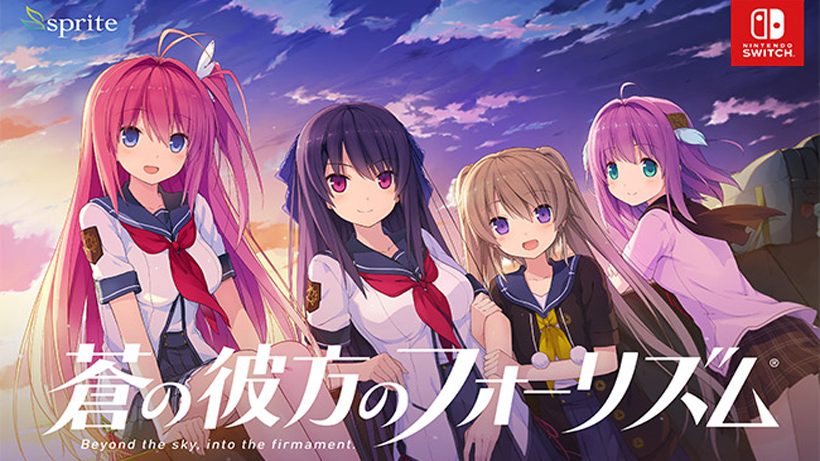 Sprite has announced a Switch port of the sci-fi visual novel, which was originally released on PC in late 2014.

In the game, the player assumes the role of Masaya Hinata; a boy who was once a competitor in the anti-gravity sport of Flying Circus, and is now simply a student – having suffered a rather crushing defeat. All this changes when a girl named Asuka Kurashina transfers to his school, and (despite being a newbie) scores a point during a match with a powerhouse school. Asuka, Masaya, and others then team up in an attempt to win the summer tournament, and that’s where the story truly begins!

Coming to Switch with support for full HD 1080p output in docked mode, and both digital and physical releases, Aokana: Four Rhythm Across the Blue is headed to Japan this Winter.