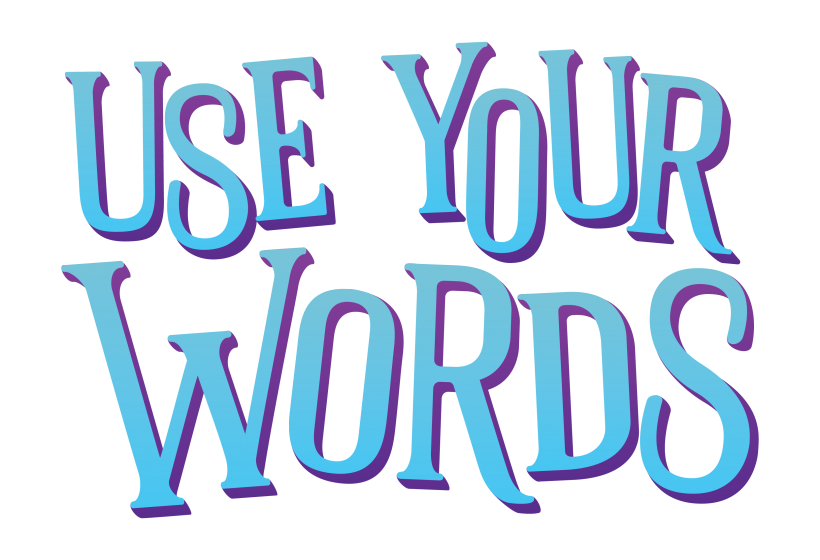 If you’re old enough to remember the Wii era, and let’s be honest, most of us are, you will have played a few party games in your time.

Gather a few friends around the tv, pull up some drinks, some snacks and four controllers and you’re ready to go. It’s all pretty formulaic; an early round will establish the aim of the game before supplementary rounds quickly establish the winners and losers. After half an hour it’s all over and you decide if you want to play another round or move onto something else.

The likelihood is, if you decide you’re going to pick the second option, you won’t be coming back. 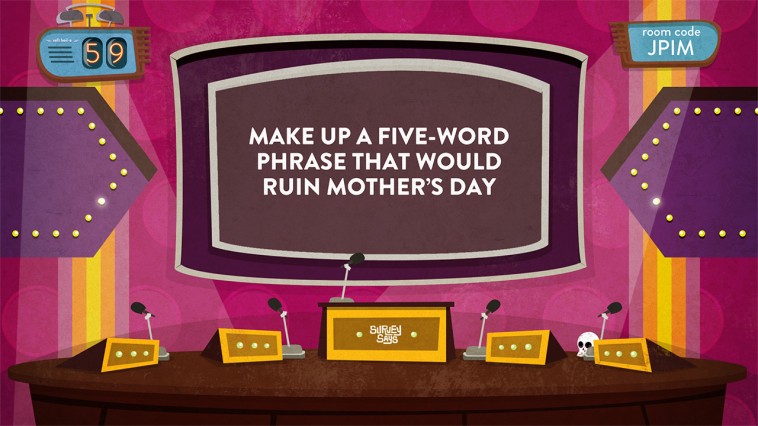 Use Your Words is a hark back to that Wii party game era. The aim of the game here – something which really isn’t made too clear during the game’s brief introduction, is to score the most points across all of the rounds by coming up with written answers to a series of questions and making your opponents vote for your answer as the best of the round.

If they decide they’re going to pick your answer (and all of the answers presented at the end of each round are totally anonymous – more on that later), you’ll get a set number of points depending on the number of people you were able to convince.

But, and here’s the spanner in the works – there will also be a house answer thrown in, one which seems fairly innocuous but one which could be confused with another player’s answer if they get the tone right. Choose this one and you’re losing points. Players can also choose to add an additional house answer to the mix rather than taking the time to think of something of their own. If any other players choose this answer, they’ll lose a smaller number of points than they would when picking the main house answer, and the one who used the house answer recoups a bunch of points back.

You may have noticed this leaves a bit of a conundrum when it comes to selecting which answer you feel is best. Choose a house answer and you’re losing points; choose an opponent’s answer and you’re handing them points. So it’s something you really need to shift to the back of your mind while playing – with my group of friends we came to the agreement that we were going to chase the funniest answers we could possibly muster, and not focus on blending in. The game takes the format of a series of rounds – one being to come up with a subtitle for a foreign language movie, another to come up with a newspaper caption after being presented with just an odd-looking picture, and another to fill in the blanks in a way that Lily Savage would be proud of. Much in the spirit of Catchphrase and Family Fortunes, the stakes are doubled for the final round, which throws three quick-fire questions that players must answer before going through the voting stage. It’s after this point that a winner is declared.

The problem is, that’s just about the whole game covered. There are no side-modes, alternative games which don’t appear from one session to the next, or any kind of mini-games at all. As soon as you boot the game up, you’re asked to enter the lobby from your phone or tablet browser, and it’s away you go.

It’s a shame, really, because there’s highly likely to be a point where, having amassed at least the minimum of three players needed to start a game (the maximum is six), when a newcomer’s first game comes to an end and the leaderboard is read out, at least one person in the room is going to go, “Is that it?” Other party games do offer that little bit more – you’re likely to have played one of those card quiz games while sitting around the dinner table with your grandparents – but those games do not cost £11.79. The game’s narrator nails his role excellently. The background theme is of a fifties-era television or film narrative, and he plays his role to a tee, with a great voice for delivering the key lines. As far as audio goes, that’s it, however. The rest is just your typical gameshow music – nothing too noteworthy. The visuals, meanwhile, will of course change with the questions – though they are smartly designed and uncluttered. Swear words are projected onto the big screen without discrimination, so be careful if you have any potty-mouthed relatives playing alongside the little ones, as there’s a good chance they may end up reading something they shouldn’t!

The use of a smartphone or tablet device as a controller is perhaps Use Your Words’ high point and crowning achievement. It gets you thinking what Nintendo could do if they were to make use of such a feature in their more established games. Take Link’s Tingle Tuner in Wind Waker (the Gamecube version) for instance – that made use of a Gamecube-Game Boy Advance cable to have a secondary screen to allow a second player to assist player one. It’s something which is now popular with a whole new variety of phone-based gameplay options to be made use of.

In the end, unless you’re urgently in need of something to entertain the kids during the summer holidays, it’s probably worth holding off on this until the inevitable price decrease in the future. Coming up to winter and Christmas, this will look a far more sound purchase.

Much like the likes of WarioWare DIY and Super Mario Maker, Use Your Words is a game that can only be as fun as you, and your friends and family, are willing to make it. It can be a bundle of laughs if your friendship group features one or two comedy geniuses, but without them it could border on the mundane. There’s only so many fart and poop jokes that people can put in as answers before it gets repetitive, and the fact that there’s nowhere else you can really go with the game once you’ve played its only mode a few times make it a tough sell at its current asking price.

0 thoughts on “Use Your Words Review”