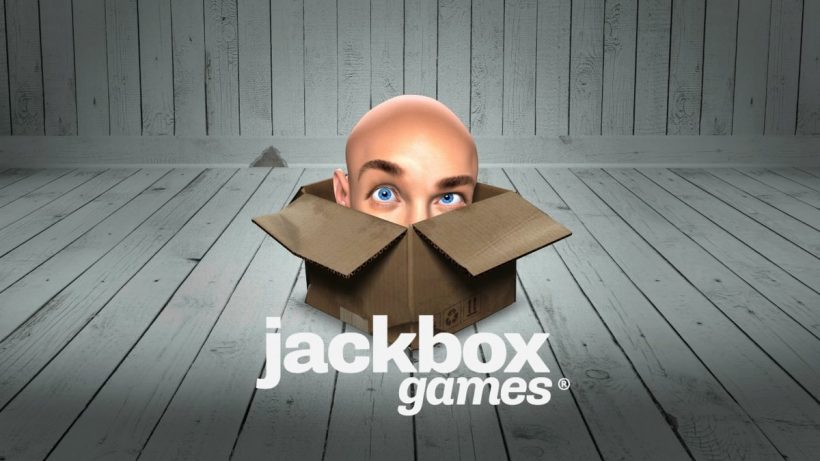 With the festive season fast approaching, it’d be worth having a think about getting some games that the family can play while sitting around the TV. We’ve had Use Your Words as an okay early party game offering in the Switch eShop library, while we’ve also already had the third Jackbox Party Pack bundle. Now Switch owners can add the first two games in the trilogy to their library.

One of the criticisms I levelled at Use Your Words when it came out just over a month ago was that it lacked variety. Once you played the game’s one and only gameshow-esque mode, there was nothing more to offer. As the title implies, the Jackbox Party Packs address the issue with a number of different games spread across the first two iterations. Like Use Your Words, it involved joining rooms using your mobile advice and entering answers from your phone, though there are some games which allow single-player play using the Joy-Con. All the games require an online connection – which of course you’ll obviously have if you’re able to download the game in the first place – but don’t hold out hopes of using this as a game to liven up a long family road trip.

Party Pack 1 is made up of five such games. The first mode is You Don’t Know Jack 2015, which is a quirky ten-plus rounds of general knowledge. There’s a lot of weirdness going on here, not least coming from the announcer, whose gags are certainly a lot more miss than they are hit. This can be played with a single player, or a few more, but when you have a gang around you’ll have a tough time getting them on board with the ‘humour’ – he’s no Les Dennis. Answer the questions correctly, and faster than your opponents, to amass the most points. There’s a series of formats, including straight questions and word association, and it’s nice to have a bit of variety to keep you going along what is a relatively long game length, especially if players take a while to submit their answers.

Drawful is a drawing game which needs a minimum of three players, and has you guessing what everyone else has scribbled. You can be clever with the way you play this one – but drawing something loosely related to the clue can work both for and against you. You need to think most about how to influence your fellow players into gifting you the most points.

Word Spud is a difficult sell, and perhaps the weakest of the five games in the first Party Pack. It has each player adding a word to comprise a sentence, but opponents can accept or reject their contributions. It doesn’t make a lot of sense. Lie Swatter is a good old-fashioned game of truth or lies, separating the facts from the fiction, while Fibbage is the pick of the first bunch, and really is the game which Use Your Words should have been. Each player submits a fake answer and tries to blend in with the other answers, hoping their opponent selects their answer over any of the others, and particularly the correct one. This just wasn’t done well in Use Your Words, but from having a clear right answer, it’s something Jackbox has bettered.

So yes – if you are looking for silly gameshow-type fun in blasts, by all means, download this from the Switch eShop. However, there isn’t a consistent quality shown in the five games in this pack. At its current price point you’ll be best served already having friends capable of coming up with some interesting answers to keep the better games lively.

Having 100 players able to join in is a major selling point – you can see the live streamers encourage their fanbase to get involved, so of course that would be a lot of fun. However, on the other hand, there’s a bit of a problem in that so few of the games are able to be played with less than three players. Yes, it’s a party game, but people in general simply don’t have that many people around with them to be able to play the game often. Then again, that could be a blessing in disguise.