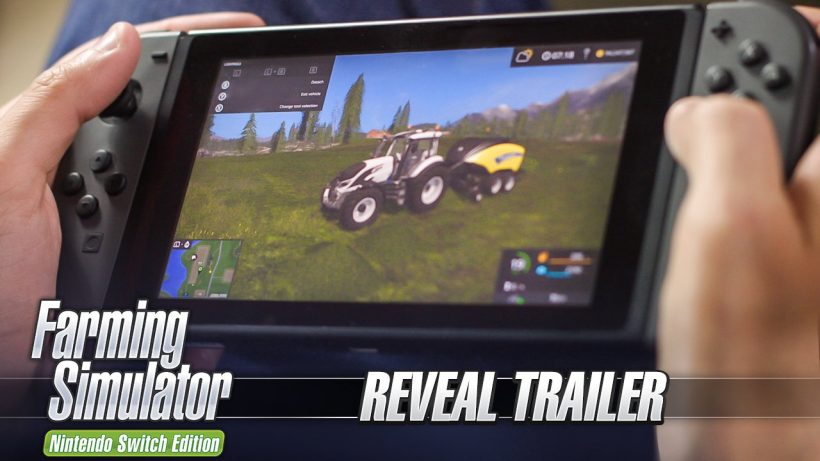 It has been announced that GIANTS Software’s Farming Simulator will be heading to the Nintendo Switch for the first time this November.

Farming Simulator has been around for some time now, with its first release appearing back in 2008. The series has grown massively over time; it started as a basic piece of software with one licensed vehicle manufacturer and only one crop type. Today, the game boasts over 75 licensed brands with a monstrous 250 farming vehicles and tools available and has grown a large, loving following.

Interestingly, the Switch version will be called Farming Simulator: Nintendo Switch Edition – ditching the number of the year which is seen in other titles (Farming Simulator 17, or 18, for example). You can see the trailer showing off the game below which talks about what the game has to offer for those who may not have experienced the title before.

As previously mentioned the game will release in November this year, allowing you to play Farming Simulator in short bursts on the go, and for longer sessions on the TV for the first time. Are you a fan of the series? Let us know in the comments!