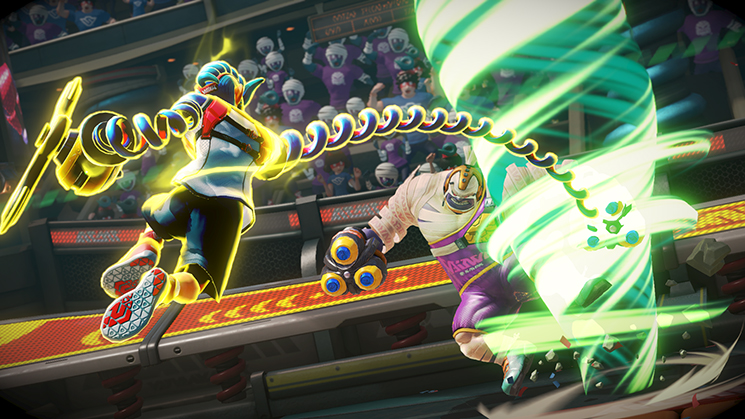 Nintendo have revealed that an upcoming update for ARMS will allow players to remap the game’s controls to the buttons of their choosing.

ARMS has a rather wide range of actions and up until now has forced you to play the game with all controls set to specific buttons. Whilst this is absolutely fine for many, players who find the current control setup uncomfortable or are used to different setups on other fighting games will now be able to pick and swap their layout with ease.

The tweet below contains a video that shows the customisation options and we’re very pleased to see that it is extremely flexible; complete remapping is available for both the “Thumbs-up grip” and the Pro Controller, and you can even adjust the Joy-Cons’ sensitivity when punching and moving. Take a look:

Big news, fighting fans! #ARMS Ver. 3 will allow you to remap the controls to the buttons of your choice! How's that for flexibility? pic.twitter.com/AE8DmijTzO

Have you been wanting this feature in ARMS since launch? Or maybe you are completely used to the controls as they are and wouldn’t want them to change? Let us know how you’ve been getting on with the game in the comments!

One thought on “New ARMS Update Will Allow Button Customisation”