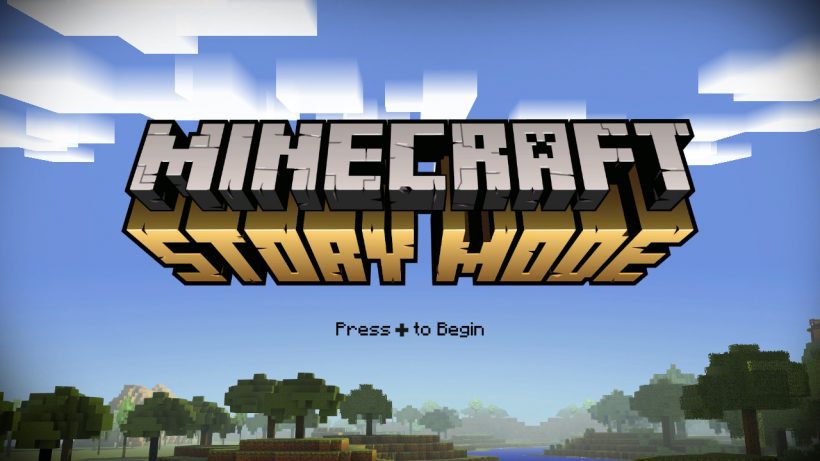 The blocks will remember that.

The point and click adventure genre saw its apogee during the 80s and 90s with the many Lucas Arts and Sierra PC classics. The genre did not translate very well to consoles, though, and, for quite some time, it became a niche within a niche. This all changed in 2012 when Telltale Games managed to do two things with its instant cult The Walking Dead. First, it proved that the adventure genre could be modernized and made interesting again. Secondly, it created a very strict template that would be used repeatedly on its upcoming releases – and would inspire others developers to do the same.

Now, in 2017, it’s time for the Switch to receive its first port of one of Telltale’s games, with its narrative-driven take on the Minecraft franchise. Minecraft: Story Mode – The Complete Adventure is, as you can guess, the ultimate package with everything from the first season of the adventure game. If you’re fan of the block-building franchise and have never played a Telltale game before, it is important to know that with this you’re getting something substantially different.

It is possible to say that Minecraft’s unprecedented success comes from many different things: its addictive gameplay looping, its openness to creativity, its extensive and supportive community – the list goes on. Minecraft isn’t, however, famous for its narrative. Of course, it is a great tool to create your custom story inside the ever-changing procedurally generated worlds, but it doesn’t have much when it comes to a more standard single-player campaign experience. Minecraft: Story Mode tries to fill up this gap by creating a focused single-player experience within Telltale’s template.

In order to do that, Minecraft: Story Mode wisely chooses a simple but effective strategy. From enemies like Creepers and Endermen to objects like redstones and crafting tables, the game takes the most distinctive elements from Minecraft and uses them to create a setting and narrative that you really would expect from one of those classic “Choose your own adventure” books. In this manner, the game doesn’t only allow you to make choices that (in theory) will affect the outcomes of your adventure, but it also has a narrative structure very similar to a pen and paper Dungeons & Dragons campaign. 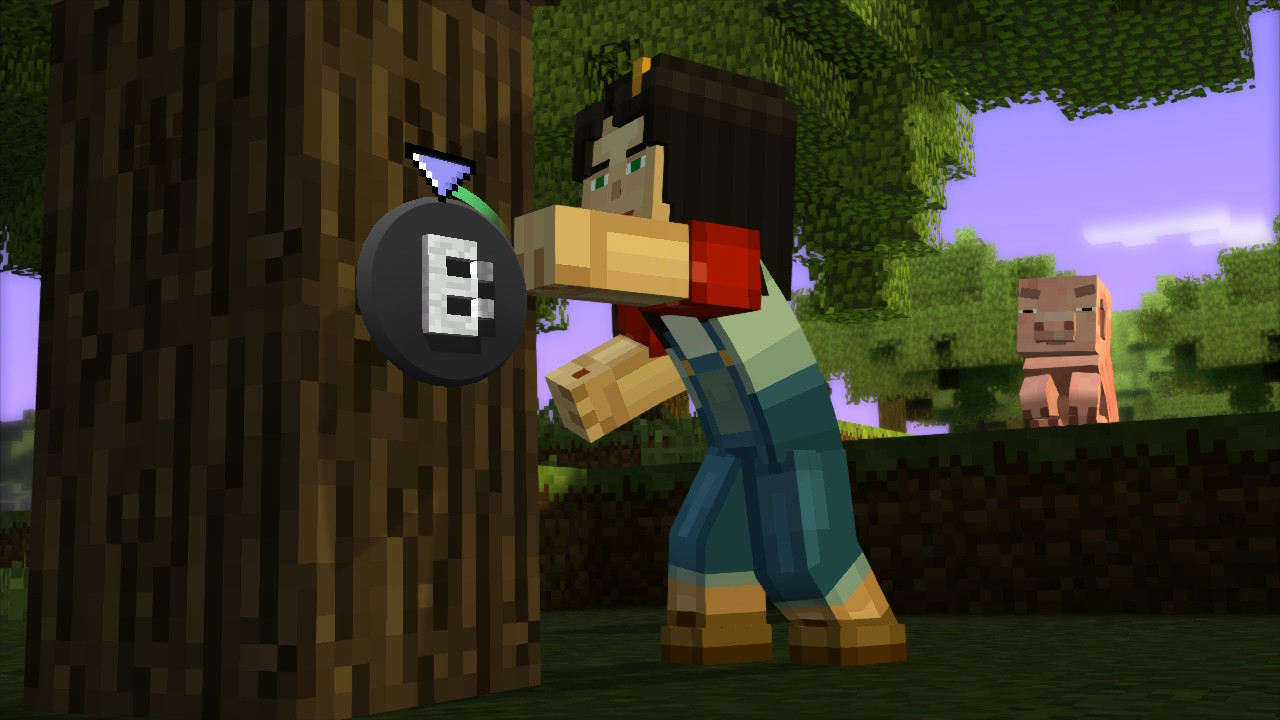 Naturally then, Minecraft: Story Mode starts with a narrator talking about the legendary stories of a group of adventurers. The famous Order of the Stone was a group formed by people with distinct specialties (a warrior, a redstone engineer, a builder, and an enchanter, in what seems to be Minecraft’s version of D&D’s classes). Together, they completed the most end-game activities of Minecraft, but those are days gone.

Now, you control Jesse, a cheerful guy (or girl) that lives in this world of legends. You start with the same objective as many of Minecraft’s players: making the best building with the help of your friends. It does not take long, though, for you to get involved with an adventure bigger than anything you could expect. In order to reunite the Order of Stone and save the world, you must fight monsters, explore dungeons, build stuff and… talk with other characters. Well, it is a Telltale game, after all. 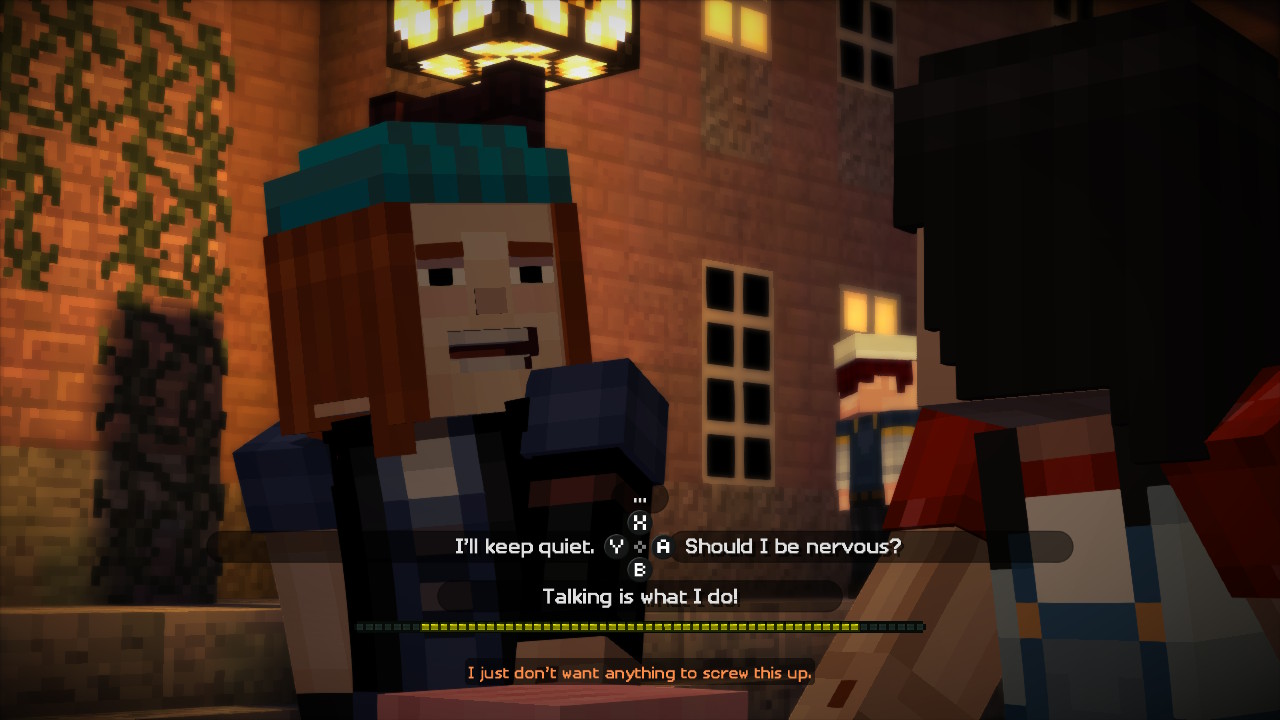 In this case, calling it a Telltale game means something very specific. If you’ve played any of Telltale’s games since The Walking Dead, you will already know exactly what to expect with Minecraft: Story Mode. In general, you can say that it has three distinct types of gameplay mechanics: quick time events, exploration/puzzle moments, and the choices/dialogues system.

Minecraft: Story Mode uses and abuses quick time events in order to create some cinematic sequences. So, instead of just letting you watch the cutscenes, the game asks the player to react fast, according to the scene. In this regard, you may press one of the directionals to move, use the face buttons (B, A, X, and Y) to jump or act, and press ZR to attack or grab something. It may sound like an outdated mechanic, but these scenes are really well directed, in general, as the game mixes music and animation really well. The only problem here are the game’s inconsistences with how these QTE’s are handled. Sometimes, failing a prompt doesn’t change much and the game progresses as if nothing happened, whereas occasionally you will get an instant game over screen that wouldn’t be that annoying if it wasn’t for the game’s checkpoint system (I’ll get to that soon). 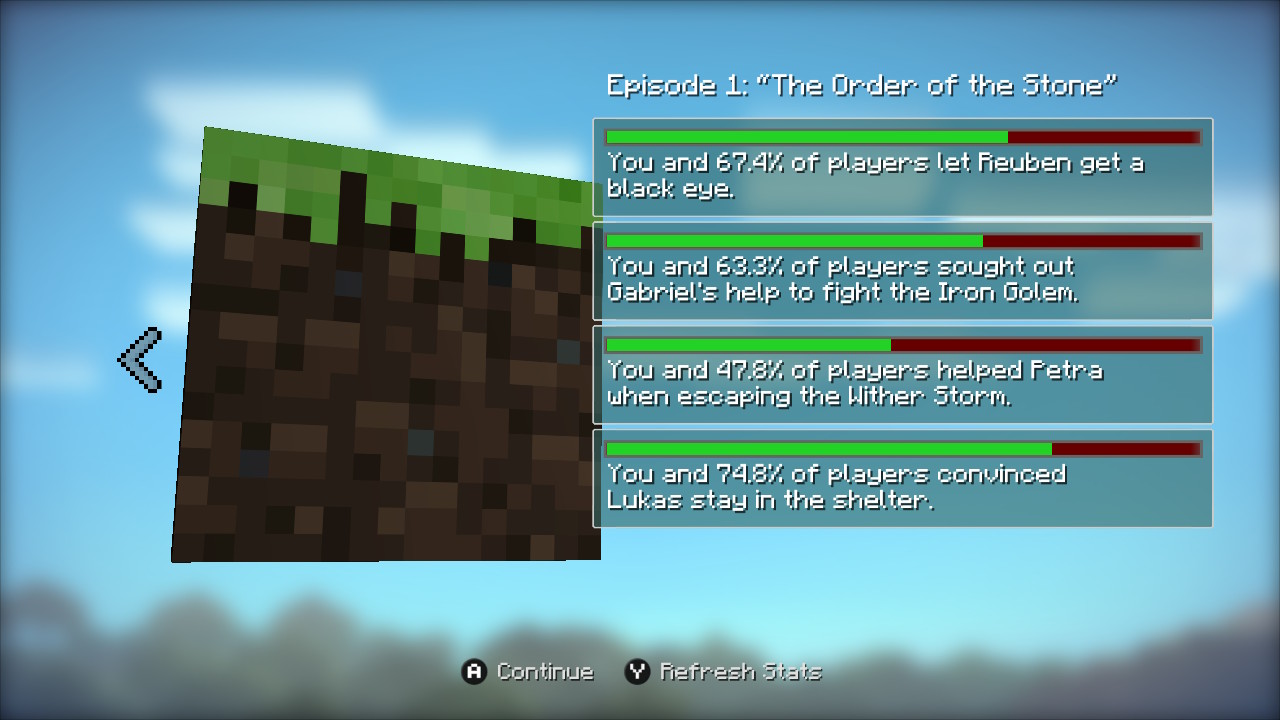 When it comes to exploration and puzzle moments, Minecraft: Story Mode is really straightforward – which makes sense when you think about its younger audience. These moments change the passing of the adventure, as you are able to freely move through some areas, talking to people and collecting items that will be used to overcome your obstacles. Most of them are very simple and consist of finding one or more levers, but there are also times where you will use the crafting table from Minecraft. So, just like in the original game, you may gather resources and combine them to create new items.

The last, but no means least, gameplay mechanic in the game is the dialogue system – and this one is the most prominent one. Telltale’s games are very narrative-driven, and Minecraft: Story Mode sticks to that script. Dialogue is presented with a wheel in which you use the B, A, X, and Y buttons to choose the desired answer. Usually, they consist of aggressive, neutral and pacifist answers (and a fourth option to remain silent), and it is your response here that is the cause for one of the most famous phrases in Telltale’s games: “[person’s name] will remember that”. Every option is a valid response and these responses will trigger different reactions from other characters.

On this concern, Telltale really wants to make you believe that your choices really make a difference, as the game starts with “This game series adapts to the choices you make. The story is tailored by how you play.”. However, if you really look into the big picture, the changes are minor, as the story will progress in a very similar manner whatever you choose. In this case, you may prefer to enjoy the magician’s show instead of trying to look behind the curtain. 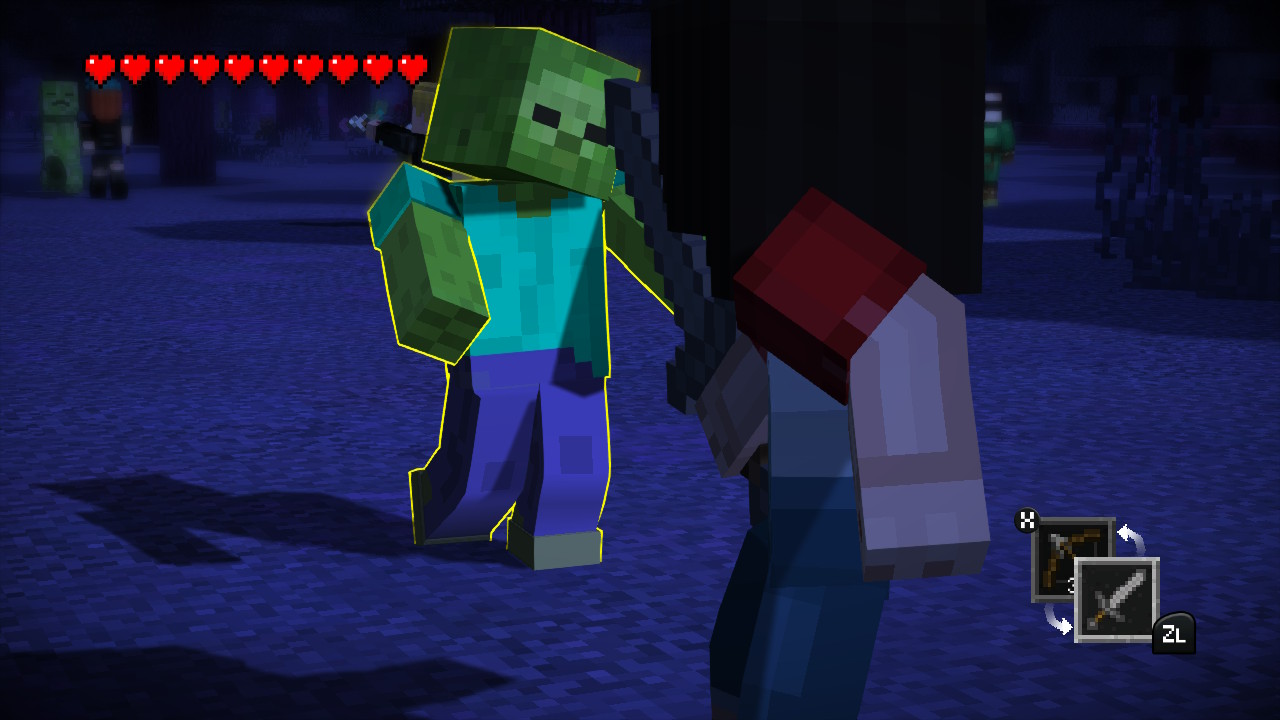 I hadn’t mentioned Minecraft: Story Mode‘s visuals up to this point because, well, they are very much what you would expect from a Minecraft game – at least at a first glance. The world and characters are completely made of blocks, with the gigantic textures that are so particular to the block-building game. Animations, weather effects and shadowings are more detailed, though, which makes the game more pleasant to look at and play. It’ll surely be a delight to any Minecraft fan!

What isn’t a delight is Minecraft: Story Mode’s checkpoint and save system. As a constant and linear narrative, you can play each chapter non-stop. You don’t have any manual way to save your game, but, from time to time, the saving icon appears, showing that your progress is being saved – in theory. In practice, I lost some progress twice. Dying on a quicktime event becomes much more painful when you have to; watch the complete sequence again, redo a puzzle, and go through some dialogue. At least, the game is easy enough for it to not happen often. Nevertheless, it is still a pain.

That aside, my time with Minecraft: Story Mode was a pleasant one. I’m not the biggest fan of Minecraft, and still the game had something for me. The story is simple, but enjoyable, and has a delightful sense of adventure and humor underlined. As the “Complete Adventure”, it is the ultimate package of the game, and has eight chapters in total (five are from the main campaign and three are from DLC). In the end, it made me look forward to play both the second season of Minecraft: Story Mode and the other upcoming Telltale games planned for the Switch. The adventure genre is back and Switched!

Minecraft: Story Mode – The Complete Adventure is the first adventure game from Telltale to come to the Switch. It is the ultimate package of the narrative-driven take on the famous block-building franchise. With an enjoyable D&D-like story, it is an enjoyable experience, in which your choices seems to matter – at least as long as you allow yourself to play along with the magician trick.