The Dragon Ball franchise is probably one of the most recognised animes in the West – it is over 30 years old and has seen many different video game iterations over the years. Dragon Ball Xenoverse 2 is the first Dragon Ball title to release on Nintendo’s newest console – but will this brawler make you want to become a Saiyan or will it make you say Sayonara? Read on to find out!

Placing you in the shoes of a Time Patroller, your task is to ensure that there are no changes made to history – a history that is under threat quite often it would seem! Once you have chosen your race and created your character you are ready to start your adventure.

Arriving in Conton City – which serves as the game’s hub world – you will be given a whistle-stop tour where the basics are explained to you. Although Xenoverse 2 is a 3D fighting game, there is a MMO-lite experience to be had within the game’s hub area – with many NPC’s and other players hanging around for you to interact with. The two key characters in this area are the Elder Kai and the Supreme Kai of Time as it is through these two that you will pick up the missions required to progress through the main story of the game.

The story starts with history beginning to change once more – with Towa and Mira being the villains responsible for this. You will need to follow them through key moments from the Dragon Ball world to try and stop them – taking on the troublesome twosome and their army of antagonists along the way.

Alongside Dragon Ball Xenoverse 2‘s story, you will find side quests, challenges and training missions that will certainly keep you busy! You can view the hub’s map using ZR, and you will see lots of markers dotted about to indicate the plethora of options available to you.

Once you have picked your mission, you will be presented with a “Mission Start” screen that will tell you the difficulty of the mission and the requirements to clear it. The majority of the time this will be to simply deplete your opponent’s HP within a time limit, but there are missions that will ask you to complete other tasks such as finding and returning a number of Dragon Balls to a capsule on the map before your enemies can get their hands on them.

The fights are often frantic affairs – taking place across vast 3D spaces that the characters fly about. The controls are relatively straightforward, with a strong attack on X and a weak attack on Y. You also have various skills at your disposal that can be used by combining the ZR button with one of the four face buttons – these abilities will diminish your Ki meter but this can soon be replenished by attacking your opponent some more. I would certainly recommend that you make use of the many tutorials and training missions that the game offers, as although you can beat most missions by simply mashing the buttons (my go-to method for most fighting games) you will be taught combos, skills and defensive manoeuvres that will help you out in some of the tougher bouts. 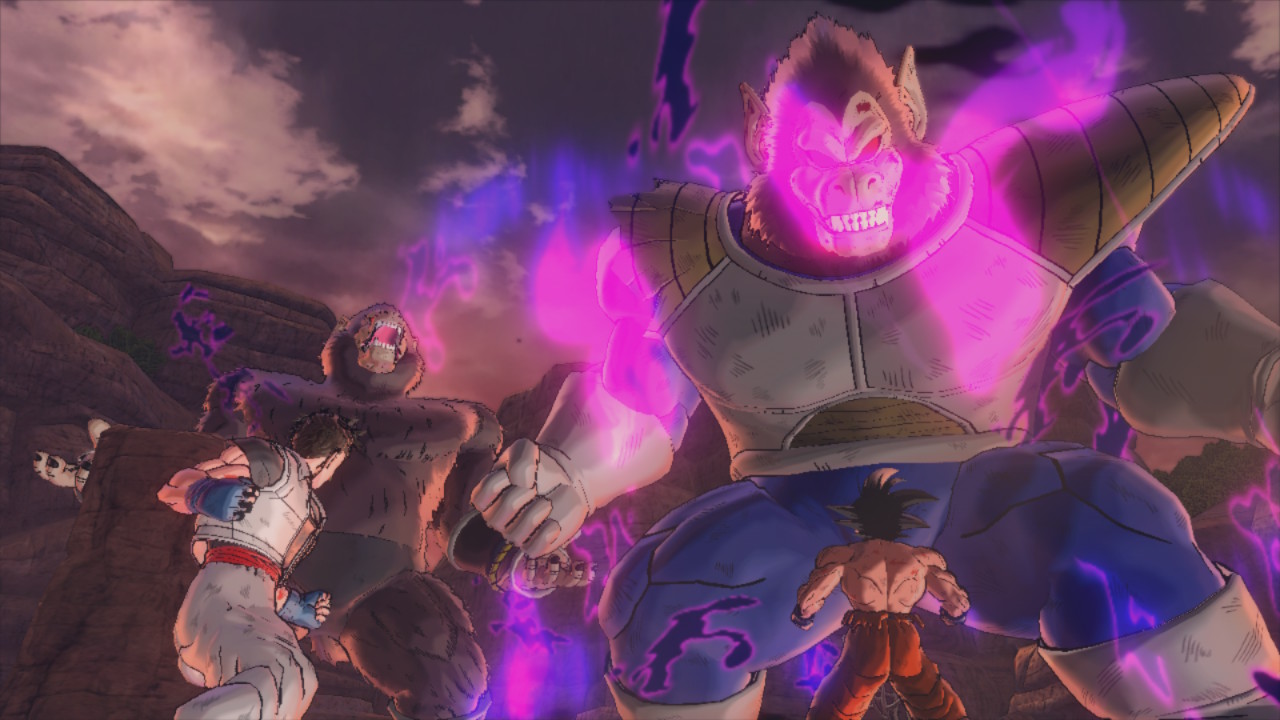 Motion controls are also present here in Xenoverse 2, but they do feel more like a tacked-on gimmick. With a JoyCon in each hand, you can perform specials such as Kamehameha’s – and it is quite fun for a short time. However, after trying them once, I didn’t find myself using the motion controls again.

I did find a lot of the missions to be rather easy, however there were some battles where the difficulty spiked rather ridiculously – I found myself having to quit out of the main story arc and taking on the side missions to boost my characters attributes before I could continue. I get that this is something that is commonplace in RPG’s, but these ramps in challenge were out of the blue and just felt out of place to me. You do level-up as you progress, and you can use attribute points gained to increase abilities but the game’s balancing never seems quite right.

Aside from all of the single-player content, the game has a wide array of multiplayer options = with PvP fights and PvE quests where you can team up with fellow players to take on multiplayer specific quests. I did struggle at times to find people to play online with  (which is strange considering the hub world is full of other players) but when I did get into games they ran smoothly and were good fun – even if I did get my ass handed to me several times in the ranked battles! You can even play local multiplayer using a single set of JoyCon – which is a nice, surprising feature that works really well!

Dragon Ball Xenoverse 2 looks great on the Nintendo Switch, with graphics that look crisp and sharp – really giving you that anime feel while playing. There are the occasional camera niggles during fights that can be annoying but, that aside, the game performs really well otherwise. If you are a fan of the Dragon Ball anime then this game is not to be missed! For those of you that are not so familiar with the series, you will find an enjoyable fighter/RPG mashup that will keep you busy and your thumbs a little sore!

Dragon Ball Xenoverse 2 is a fantastic combination of both fighting game and RPG that fans of the series will be delighted with! For those that aren’t as familiar with the anime that this game is based on, you will find a title that is a fun timesink – even if you won’t fully understand what is going on!