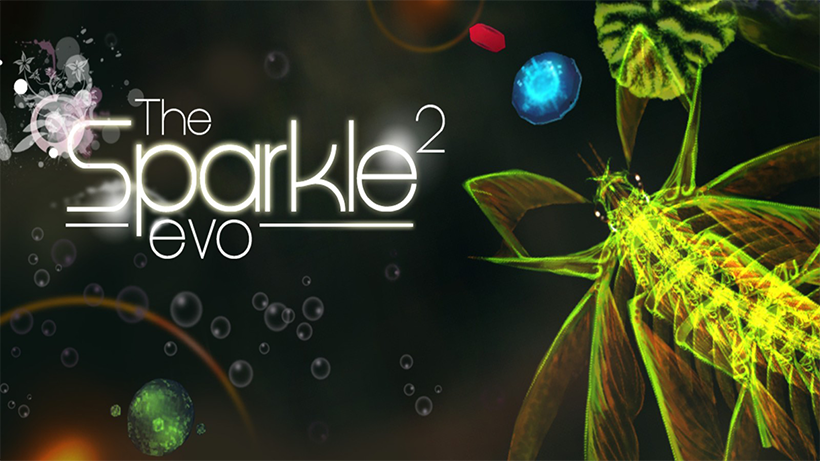 Sparkle 2 EVO is a departure from the other Sparkle 2 title, where instead of firing colourful orbs into lines we’re tasked with making our way up the evolutionary food chain by eating anything we can get our little mouths around. It’s a simplistic idea and is about as enthralling as it sounds. You start small and can feed off little scraps around the stage but later levels allow you to tackle other creatures and eat more. Unfortunately there is no real hostile threats you can encounter, just occasional annoyances such as a jellyfish that can bounce you up a layer, there’s no real threat, no bigger fish to come eat you. 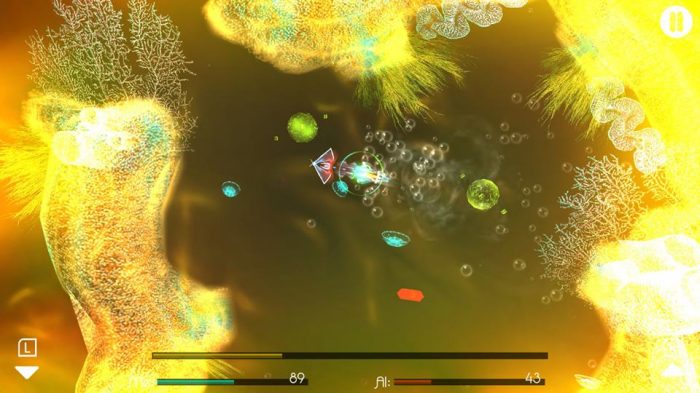 The game does try to mix things up a bit, offering various layers to navigate in any given layer, requiring you to hop back and forth between the background to get past walls or reach more food. None of it is particularly taxing though. The other wrinkle the game offers is differing evolutionary traits for your Evo. There are 3 different paths your Evo can take, collect red orbs and your Evo will be faster and more aggressive, green orbs make your Evo slower and more defensive whilst blue orbs act as a mix of the two. Again however the idea seems half baked and really there aren’t sufficient differences between the various evolution paths for it to be worth worrying about. 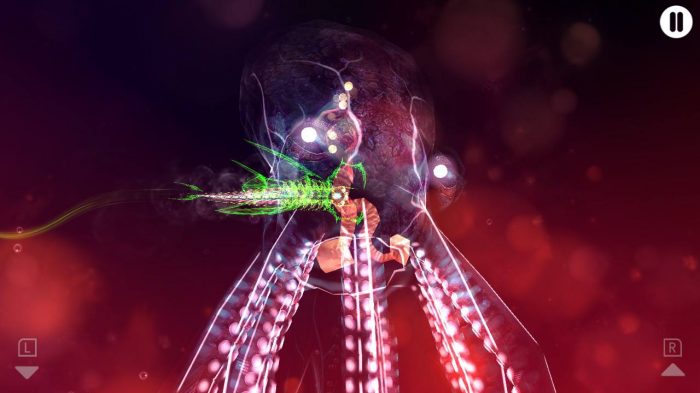 Each of the levels has different layouts and often its own gimmick, one stage for example had swirling vortexes that kept your Evo moving and made navigation slightly tricky. None of the ideas feel truly memorable and are rarely fleshed out enough to make you feel like the gameplay is anything more than exploring. There are even “boss” levels that feature a large creature though these feel just as uninspired as the main levels with little new or interesting here.

The only saving grace for the game is the presence of a competitive mode, you can play each of the levels against an AI and compete to gather the most food first. The first Evo to get enough food that the other can’t overtake and you win. It adds the only interesting wrinkle to the game, navigating levels and choosing your evolutionary path could be interesting here but the lack of nuance in the game mean that even this mode is just to plain and simple. 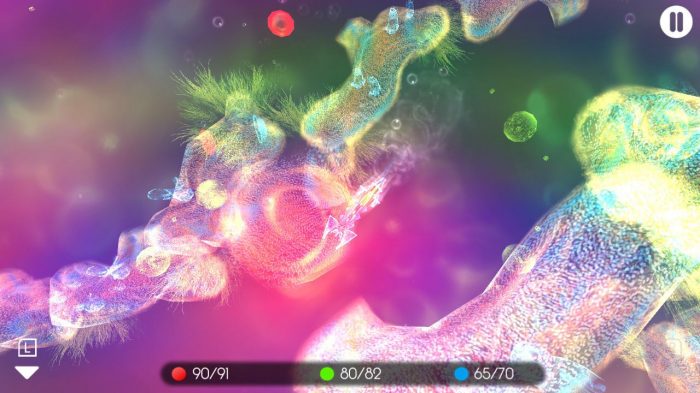 Thankfully the game is not long at all, I was able to push through all the levels in just a couple hours so the experience is brief. There is one exception to that statement as I was unable to beat one of the levels due to a bug preventing me from beating one of the bosses. It’s a sour note but it only happened this one level and I have yet to find if this affected other people.

In the end it’s not that Sparkle 2 EVO is awful, the game is just uninspired, there is no compelling gameplay here. A competitive mode helps to keep things from being totally stale but lacks the real challenge needed to really flesh out the experience. The only recommendation I can make for this game is it is a short chilled out experience that might appeal for those looking for a break from other bombastic titles.

Sparkle 2 EVO is not a bad game. It is however, poorly fleshed out and feels very uninspired, there are a few glimmers of hope such as a competitive mode but these just don’t do enough to make the game feel interesting. If you’re after a short relaxed experience then Sparkle 2 EVO is likely to scratch that itch but for anyone looking for more then don’t expect much here.