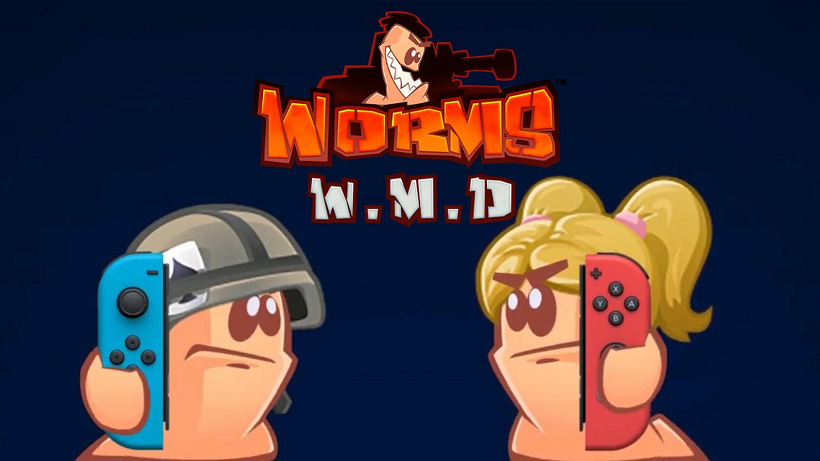 The Worms series seems perfectly suited for Nintendo’s hybrid system. Team17 have given us an early Christmas present with the game coming to Switch next week.

Worms W.M.D. originally launched on other systems last August and was designed by Team17 to feature gameplay that is similar in style to fan favourite Worms Armageddon. That doesn’t mean it is a remake, but it eschews some of the features added to other entries in the series over the past few years. Although some brand-new features have still been added with the inclusion of interactive vehicles and buildings that can be used for added protection.

The Switch version will contain all elements subsequently added to the game since its release as well as new themes, forts, and customisations that are coming to this version first. Making it, for the time being, the complete version of the game available.

Whilst you won’t need to break out that new Micro SD card just yet, it’s worth noting that the download size is 4.6GB, but a physical version of the game is coming next year from UK publisher Sold Out. The download version will cost £19.99 / 29,99€ / $29.99 and will be on the eShop from Thursday 23rd November 2017.

Are you looking forward to some multiplayer Worms action on the go? If so let us know in the comments below.