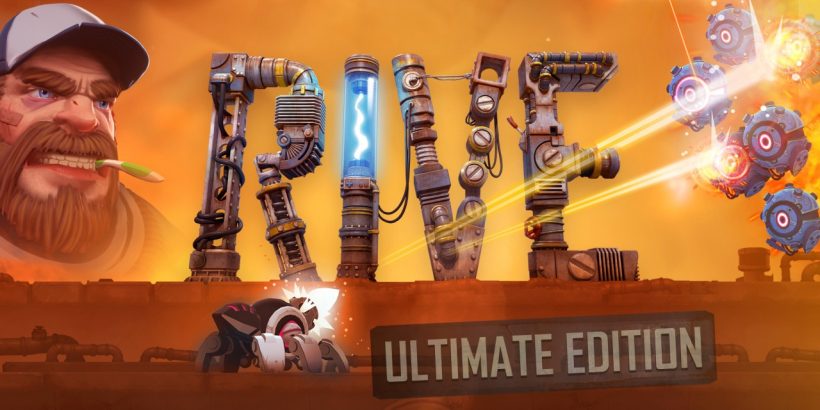 Rive: Ultimate Edition is a 2D twin-stick shooter riding on the foundations of some solid platform mechanics. Originally due to release on the Wii U, the project was moved to the Nintendo Switch following concerns of the game’s performance on Nintendo’s former console. Thank heavens for that – Rive is one of those pick-up-and-play arcade titles that feels right at home on the Switch, particularly when playing in handheld mode. It’s simplistic, it’s quick and it’s fun. More so than anything else though, it’s very punishing.

You take control of Roughshot, a scavenger trapped in a vast, dilapidated ship from which you must escape. You’ll navigate the environment in a Spidertank – a walking/flying hybrid that fittingly looks a bit like a spider. Developer Two Tribes has done a remarkable job of making it seem as though the ship itself is fully interconnected, but mercifully the game is split into bite-sized levels, with checkpoints generously sprinkled throughout. 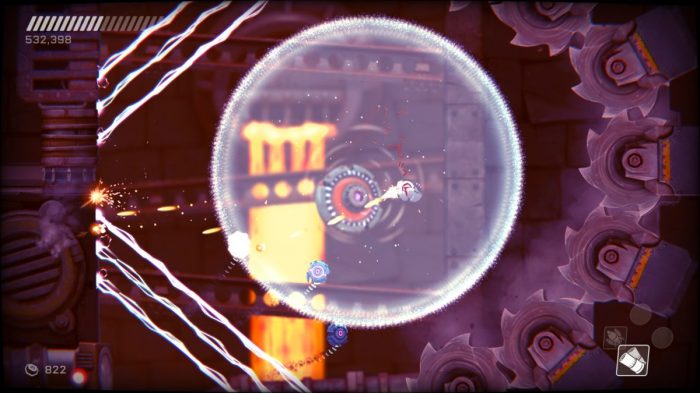 You’ll need these checkpoints, too. Rive is a brutal game that will break your resolve again and again if you let it. Most enemies you encounter can only shave off a fraction of your health, but they so frequently come at you in swarms that even the most insignificant error can result in an overwhelming death. The game will throw these at you as quickly as it dares, and often likes to mix things up by limiting your area of a movement to a small platform floating atop a bubbling lake of lava.

This isn’t to say the game isn’t fun though, because it is. The core mechanics of moving, jumping and shooting have been nailed to near perfection, and despite the harsh nature of the difficulty, I always found myself compelled to come back and try again. You’ll also come across sections focused on your platforming skills – these are a bit few and far between for my liking, but I definitely basked in the all too brief tranquility whilst I could before the game threw me in at the deep end again. 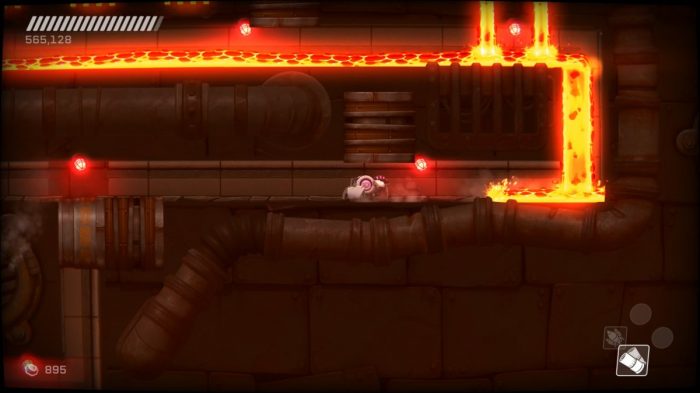 Exclusive to the Switch version of Rive is the ability to play in copilot mode, with each person taking control of a Joy-Con. One moves the ship around, whilst the other has command of the weaponry. This mode is only okay – there’s no real opportunity for effective communication as the game is far too quick throwing its enemies at you. Eventually, it boils down to instinct and quick reactions, and whilst it does fundamentally work, I’d much rather stick to the single-player mode. A more welcome addition to the Switch version though is HD Rumble. The game makes great use of this feature with every weapon and every explosion sending ripples through your fingertips, really elevating the overall experience.

Rive: Ultimate Edition is a great twin-stick shooter that definitely deserves a spot in your Switch library. It’s a wonderful swan song for Two Tribes (the company announced Rive would be its final game back in March 2016) and I think the team should be truly proud of what they have created. Its difficulty may be a bit much for some folks (in which case, check out Graceful Explosion Machine), but if you’re up for the challenge, there’s a lot to enjoy here.

Fans of twin-stick shooters will find a great deal to love with Rime: Ultimate Edition thanks to its solid mechanics and fun platform sections. Its difficulty skirts on the edge of sadism, but persevere and you’ll keep coming back for more.