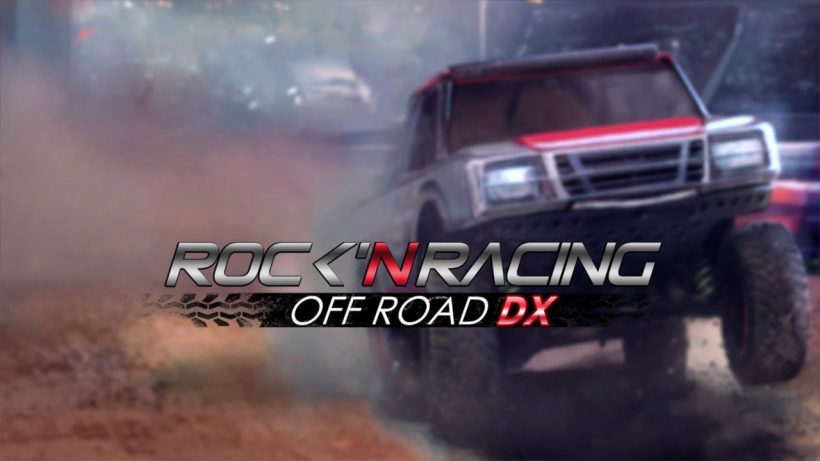 With only a handful of racing games available on the Switch at the moment and one of those being the incredible Mario Kart 8 Deluxe, there is certainly room for more great games in the genre to find their way to the eShop, but is Rock ‘n Racing Off Road DX a game worth picking up? 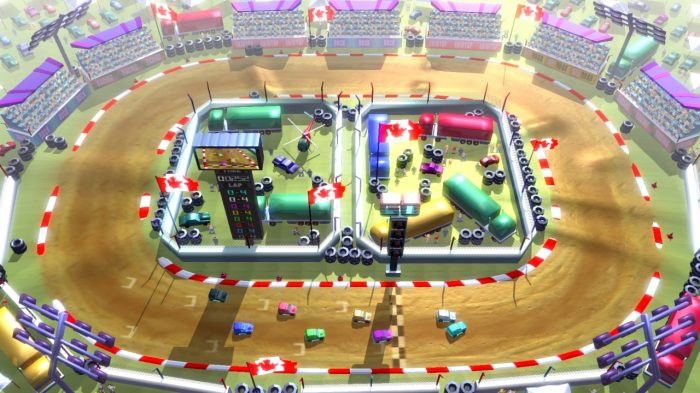 Rock ‘n Racing Off Road DX is a top down racing game with very little in the way of content, there are 24 courses in total spread across 5 different tournaments. Each of these will require you to complete anywhere between 2-5 laps on them depending on the course with the aim of finishing in first place. Up for grabs is a maximum of 8 points depending on which position you finish in, which will go towards your final position on the table come the end of the tournament.

The controls here a pretty simple, A is the accelerate button while B is the reverse button, and using the left analogue stick allows you to turn left and right. The problem with the controls here is that the turning feels really stiff to get used to which cost me a few wins early on as I adapted to the game’s controls, but once I got used to it I found I was winning races without any issues. 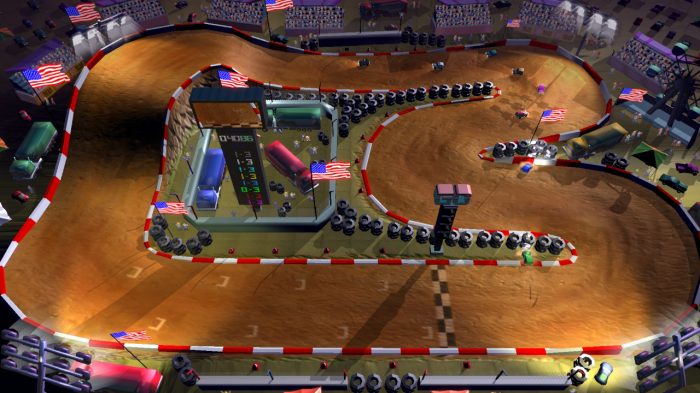 In terms of graphics, Rock ‘n Racing is one of the most bare-bones games I’ve seen on Switch. From a top-down perspective everything looks too small and the courses look the same, this caused me to get lost far too many times during races because the game didn’t give me a clear indication as to where I was on screen and therefore caused me to restart. Thankfully, this was helped by playing the game in handheld mode due to the fact that I was able to hold the screen closer to my face.

The soundtrack here is pretty terrible too, for a game that prides itself in its soundtrack by including the genre of music it contains in its title, what we actually end up with is some poor-sounding MIDI tunes that are repetitive and grow dull incredibly fast. The game includes an announcer who will constantly repeat phrases as you overtake opponents, which can also grow old incredibly fast,

The biggest problem I would like to highlight with Rock ‘n Racing is the games AI, which turns out to be one of the worst AI I’ve ever seen in a game. There were many times where I would see cars constantly driving themselves into the same wall until the game re-spawned them, only for them to then continue to drive into the same wall again. At first I hoped that it was just a one-off occurrence but then it started happening more and more frequently until eventually I couldn’t help but laugh about it. 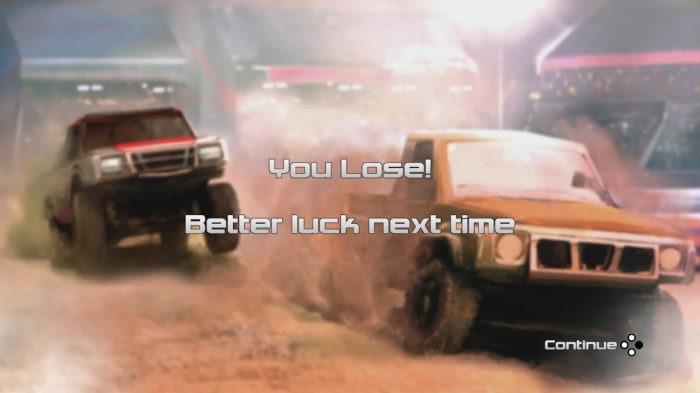 Rock ‘n Racing Off Road DX, in my opinion, is the poorest racing game available on the eShop at the time of writing this review. It’s poorly designed, has badly programmed AI and lacks anything that makes it fun.

Rock ‘n Racing Off Road DX is perhaps the poorest racing game on the Switch at the moment. It has too many design flaws and its AI is too broken to find any enjoyment within its simplistic game design.